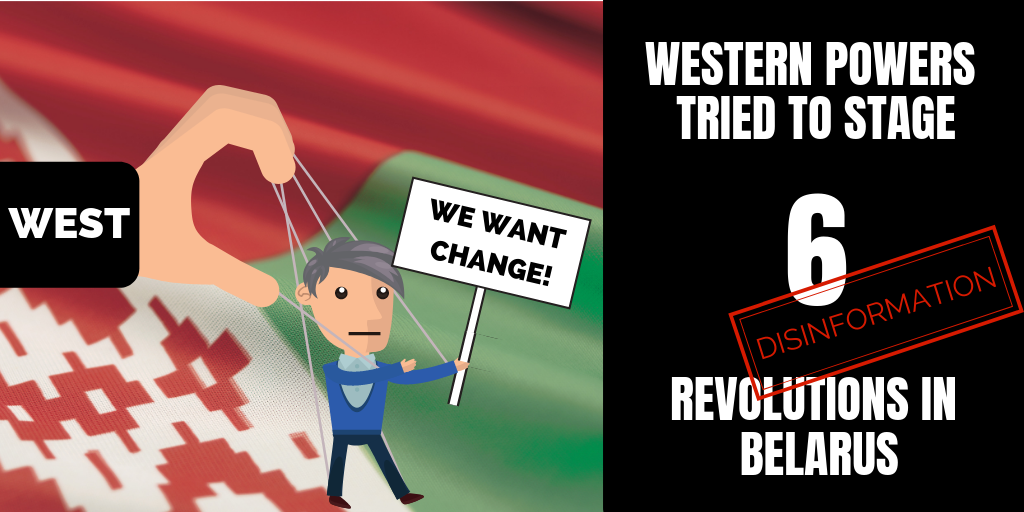 Over the past 25 years, Western powers have made six unsuccessful attempts to stage a “colour revolution” in Belarus aimed at toppling long-ruling President Alyaksandr Lukashenka.

That’s according to Belarusian political analyst Alyaksandr Shpakouski, a regular contributor the Belarusian version of Sputnik.

Shpakouski , who failed to back up his claim with any evidence, made the allegation in an interview with the news agency RIA FAN — a project of the Internet Research Agency troll factory in St. Petersburg.

He explained that a network of “local collaborators” had actively participated in the attempts to provoke an uprising, although he did not elaborate on their identity.

These attempts allegedly failed due to what Shpakouski describes as strong public support for authorities and the “efficient working mechanism of law-enforcement agencies.”

The West, according to him, has since shifted strategy and is now focusing on influencing Belarusian public opinion through media, NGOs and agents, and on infiltrating the state.

The solution for Belarus?