Figure of the Week: 6 Million Dollars 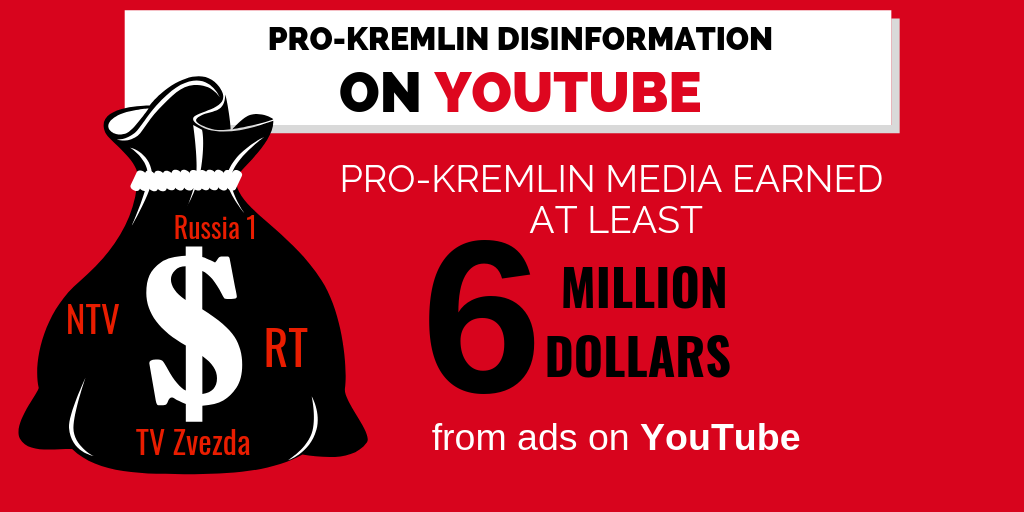 How much can pro-Kremlin outlets earn on disinformation?

Pro-Kremlin disinformation is not only heavily state-funded (for example, financial support for RT goes as high as nine figures), but also, thanks to its online presence, earns vast amounts of money through its YouTube channels. How much exactly? New research by Omelas tries to answer this question.

With over 1.9 bn registered users every month, YouTube has become a battlefield for audience attention. Pro-Kremlin outlets take part in this battle, too. Whenever you watch something on YouTube, advertisements appear. This is how money is earned – both by YouTube (which takes 55% of the revenue) and by the authors of the content you are watching (who take the remaining 45%). In order to profit, YouTube channels need to have at least one thousand subscribers and 4,000 hours of watch time; they also need to be qualified by YouTube. The scheme is simple: the more views, the more money.

Between 2017 and 2018, pro-Kremlin outlets researched by Omelas (including NTV, different language versions of RT, Russia 1, Ruptly TV, TV Zvezda, and others) earned at least 6 million USD (whereas YouTube earned 7.2 million). The number comes as a result of research based on costs per view, the results of which were then normalised to account for possible different costs in different languages or countries. Unsurprisingly, the biggest revenues came from Russian and English versions, as the main languages of pro-Kremlin channels. Spanish and Arabic versions of RT contributed to the overall 6 m dollars, too. 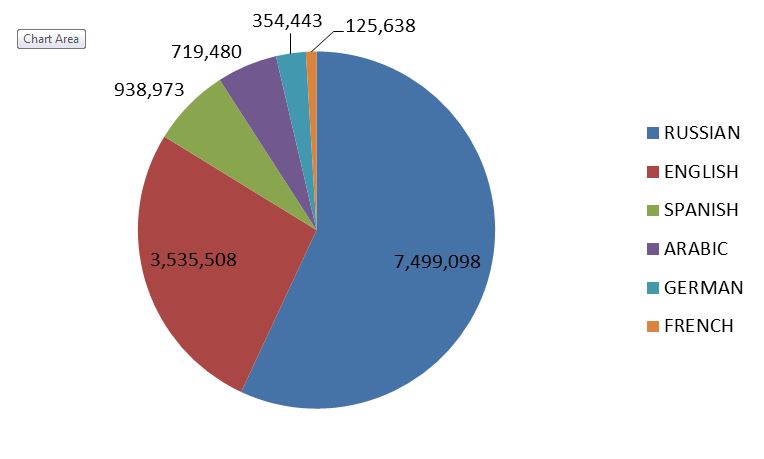 Interestingly, when the research only used the global cost per view model (without referring to particular languages or countries), the figure for revenues grew dramatically, to more than 26.5 million dollars. It shows that revenues flowing to pro-Kremlin outlets can in fact be bigger than estimated.

Of course, everybody is free to watch anything they like. However, the problem with RT and other pro-Kremlin channels is that they do not offer an alternative point of view, as they call themselves, nor do they work as independent media. They spread conspiracies, lies, half-truths, manipulations. And as Omelas research shows, they earn a lot of money by operating this way.

Pro-Kremlin outlets use disinformation narratives to create or deepen divisions and advance the Kremlin’s agenda. Only in January this year the British media regulator, Ofcom, found (not for the first time) that RT had been in “serious failure of compliance” with the rules of “due impartiality” in a total of seven cases (out of ten analysed between March and May 2018). Moreover, RT’s chief editor Margarita Simonyan said on the record that RT is capable of “conducting information war against the whole Western world,” using “the information weapon”. In France, the broadcasting regulator Conseil Supérieur de ’Audiovisuel (CSA) accused RT of displaying a ”lack of honesty, rigour, and diversity of points of view”, and RT and Sputnik were denounced by President Emmanuel Macron as ”spreading lying propaganda”.

Three Things You Should Know About RT and Sputnik, https://euvsdisinfo.eu/three-things-you-should-know-about-rt-and-sputnik/