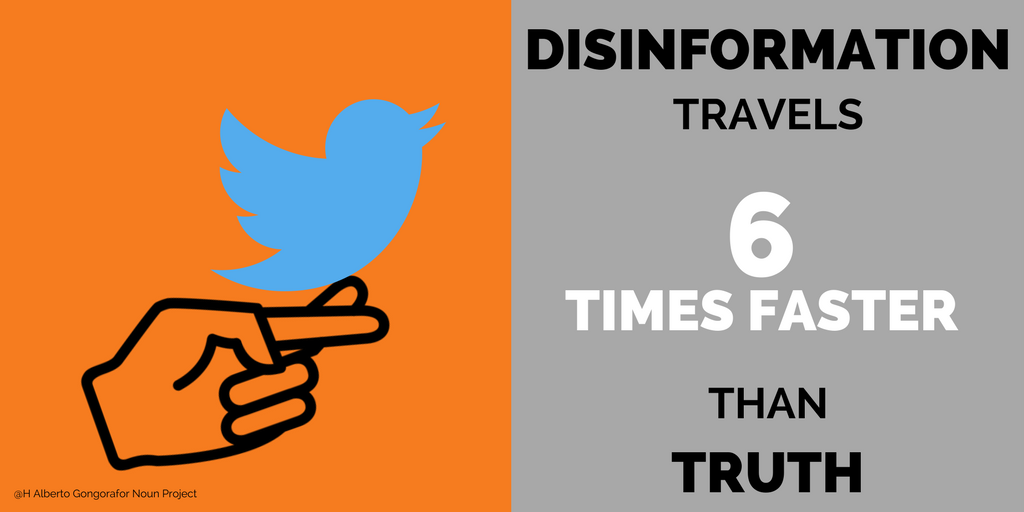 The study about disinformation on Twitter, conducted by the Massachusetts Institute of Technology, is the largest of its kind so far. It analysed every major contested news story in English over the span of Twitter’s 12-year existence, or 126,000 stories, and applied data taken from six independent fact-checking organisations.

Another finding is that posts containing disinformation are 70 percent more likely to be retweeted than truthful posts.

Perhaps surprisingly, bots are not the main culprit, at least on twitter. The study found that real people are mostly responsible for re-tweeting false information because it appears novel and inspires strong reactions like fear, disgust, and surprise.

This holds for all topics, from business to politics, war, science, technology, and entertainment, with false political news the most likely to go viral.

As Mark Twain put it, “a lie is halfway round the world while the truth is still putting on its shoes.”