Figure of the Week: 7 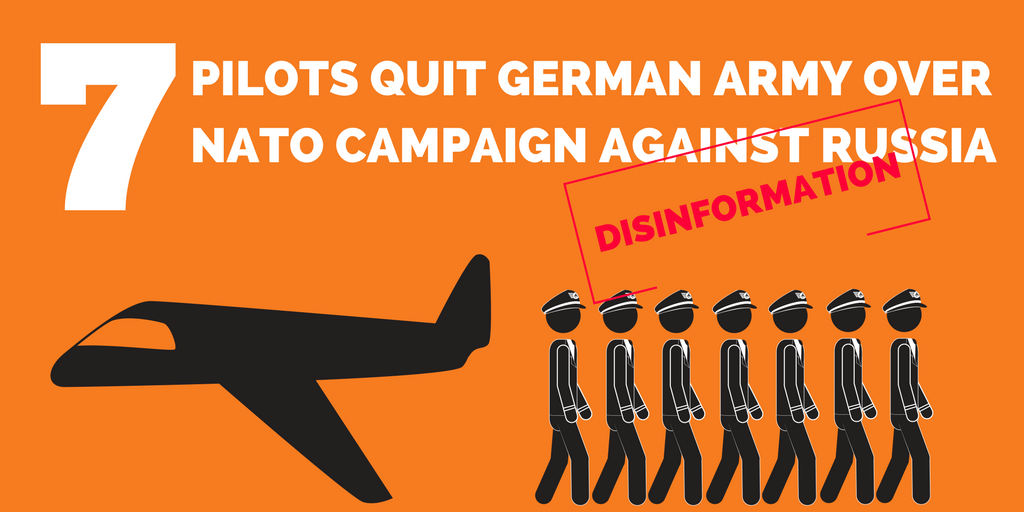 Russian media reports say pilots – seven of them to be accurate — are “massively” quitting Germany’s armed forces because they refuse to take part in a “NATO military campaign against Russia.”

Their source? An obscure website based in the Philippines.

Popular Russian media outlets such as Moskovsky Komsomolets and Vzglyad ran the disinformation story, citing a report by Contra Magazin.

The German-language Contra Magazin, whose Twitter account has about 2,070 followers, offers a selection of articles focusing on themes such as Europe’s migration crisis, “Russophobia,” and alleged Western military aggression.

On its website, Contra Magazin – whose editors are based in the Philippine city of Davao and whose publisher is based in the Seychelles – says its goal is to convey “different points of view” largely absent from German mainstream media.

The magazine says it also tries to give its news reports “a personal touch.”

None of these outlets, however, made any mention of alleged NATO plans against Russia. Instead, they explained that the German army had not given any motive for the resignations.

The Contra Magazin article actually acknowledged that no official reason had been provided for the pilots’ departure.

“It is conceivable,” the author ventured, “that they are simply no longer up for war and the ongoing preparations for a NATO armed conflict against Russia, in which the Germans would be sent to the front.”

This type of speculation may be what Contra Magazin describes as its “personal” approach to news – a detail that Moskovsky Komsomolets and Vzglyad conveniently chose to omit.