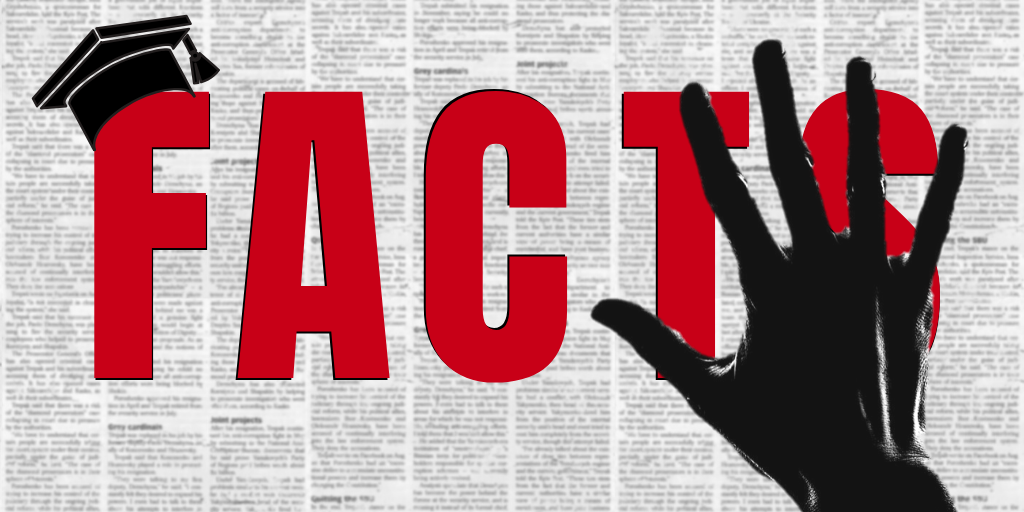 More than 800 papers were retracted from Russian academic journals after a probe into unethical publication practises.

The commission screened hundreds of Russian academic journals of natural sciences, social sciences and humanities for text overlap. It identified multiple cases of plagiarism, self-plagiarism and inauthentic authorship, when researchers were selling “authorship” slots on already written manuscripts. In total, the commission recommended the exclusion of over 2,500 articles in which plagiarism or self-plagiarism were found.

This is not the first probe into the academic publication practises in Russia. Last summer the same commission asked 541 journals to retract a total of 2528 papers. In another instance, Dissernet – an NGO network of experts dedicated to exposing “fraudsters, falsifiers and liars”, identified more than 4,000 cases of plagiarism and inauthentic authorship in about 1,500 journals. Among them – the plagiarised PhD dissertation of Mikhail Solodnikov, the news director of RT America.

The reasons behind the plagiarism can be multiple. Not least among them is the “publish or perish” dilemma, which looms over academics worldwide. And Russia certainly is not the only country where cases of plagiarism, at times leading to revoked scientific degrees, have occurred.

Nonetheless, people in Russian academic circles recognize that plagiarism and unethical publishing have long been widespread at Russian scientific publications and that their effects go far beyond academic circles. 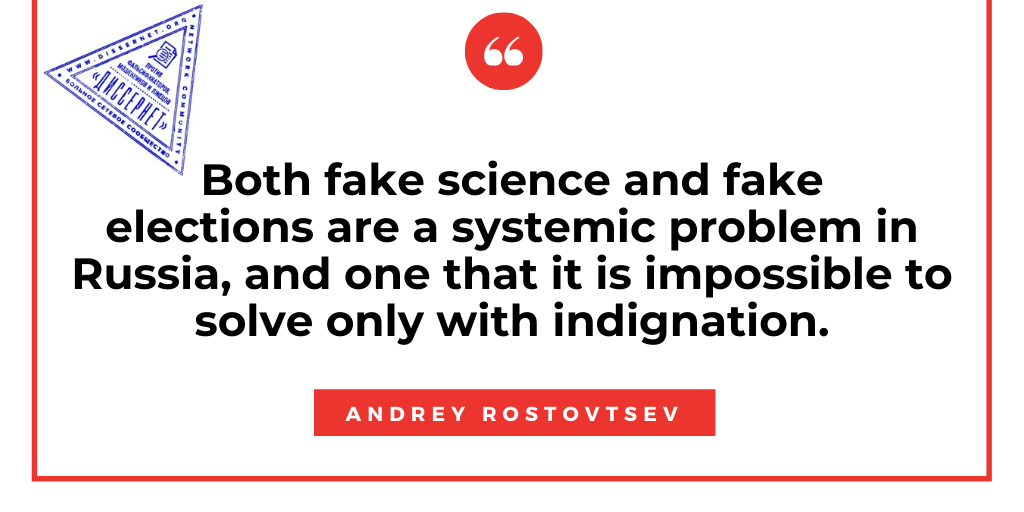 Andrey Rostovtsev, a Russian scientist and an activist at Dissernet, observed that “fake science and fake elections are two wheels of the same cart.”

“Out of nowhere the experts appear saying that black is white and vice versa. The first natural reaction to that is outrage. They are trying to deceive us. But pretty quickly it turns out that the authorities and the law are on the side of the absurd “experts”. Both fake science and fake elections are a systemic problem in Russia, and one that it is impossible to solve only with indignation,” Andrey Rostovtsev added.

Indeed there is no shortage of highly educated “experts” on Russian state-controlled media who claim, for example, that US secret services were behind the terror attack in New Zealand (the “expert” in question was presented as having a PhD degree in History),  or that for more than 20 years the Ukrainian youth has been taught to hate Russia (professor at the M.V. Lomonosov university)… It is hardly surprising that a 2018 study found conspiracy theories to appear 6 times more frequently on Russian TV, compared to 2011, and that only 1 in 3 Russians trust the news of the main two state-controlled TV channels.

The situation in Russian academia illustrates how a regrettable culture of disregard for facts has been able to permeate different parts of Russian society. State-run doping programmes and cover-ups, incessant disinformation campaigns emanating from the state-controlled media, plagiarised theses and academic articles are creating an environment where some will find it acceptable to tell little lies for big purposes, and to distort facts for one’s own benefit.