Skip to main content
Figure of the Week
December 11, 2018 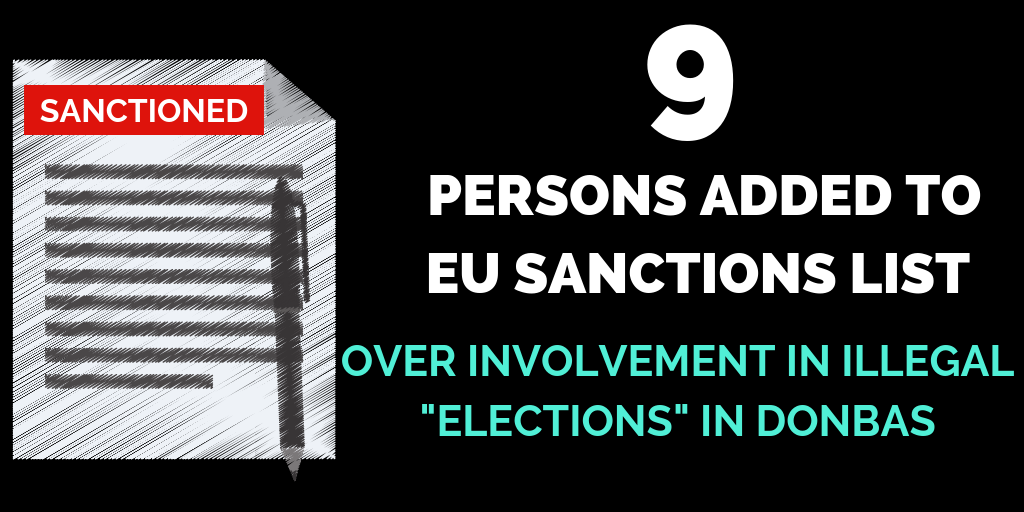 The EU has added 9 persons to the sanctions list for their involvement in the so called “elections” in the so-called “People’s Republics” of Donetsk and Luhansk. The 9 persons are subject to EU restrictive measures, which involve a travel ban and asset freeze, because of their actions undermining or threatening the territorial integrity, sovereignty and independence of Ukraine. The decision by the Council brings the total number of persons listed by the EU to 164. The illegal “elections” in the self-proclaimed “Donetsk People’s Republic” and “Luhansk People’s Republic” were staged on the 11th of November, 2018. Neither of the “Republics” nor the “elections” are recognized by the international community. The occasion featured heavily in the pro-Kremlin disinformation campaign. With fake international election observers praising democracy in Donbas and a bot-driven Twitter campaign, the disinformation campaign sought to manufacture legitimacy – both for the “election process” and for the “Republics” themselves. This is consistent with the Kremlin’s tactics to legitimize its actions using the illusion of due democratic process. We have already witnessed it in case of Crimea, where the Illegal annexation is repeatedly presented as the legitimate and democratic choice of the people.