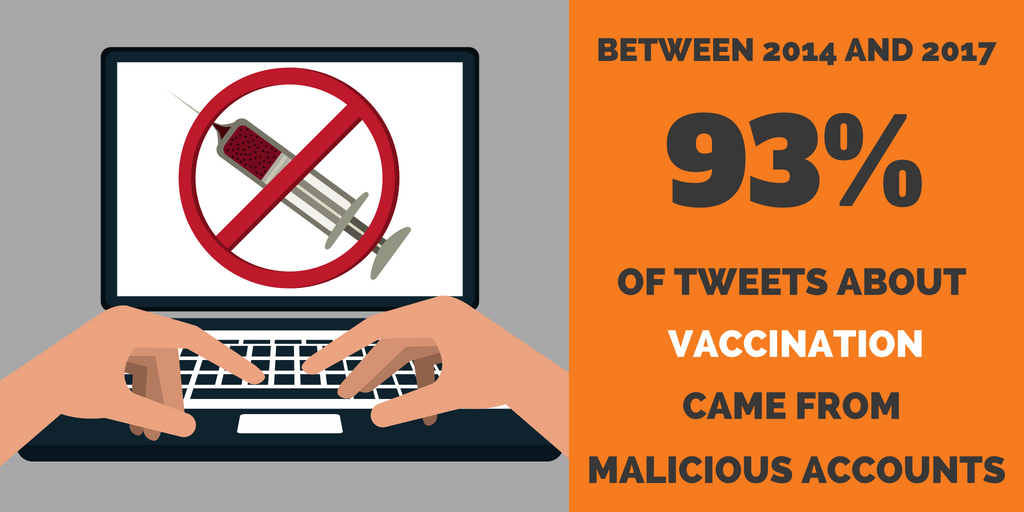 As many as 93 percent of messages about vaccines posted on Twitter between 2014 and 2017 came from malicious accounts, including accounts operated by Russian trolls.

The findings were published by researchers at George Washington University as part of a new study titled “Weaponized Health Communication: Twitter Bots and Russian Trolls Amplify the Vaccine Debate.”

Researchers examined a random sample of almost 1.8 million tweets collected between July 2014 and September 2017 – before and during the U.S. presidential campaign, which different Russian actors are accused of seeking to influence.

Instead, researchers found that public health issues were being targeted by what the study describes as “attempts to spread misinformation and disinformation by foreign powers.”

They identified several accounts belonging to the Internet research Agency, the infamous Russian troll factory based in St. Petersburg. The agency has been indicted in the United States for interfering in the 2016 U.S. presidential elections.

According to the study, Russian trolls tweeted both pro-and anti-vaccine messages, a strategy often used by trolls to confuse audiences and undermine established facts or institutions.

Mark Dredze, one of the researchers who took part in the study, said Russian trolls played both sides to “erode public trust in vaccination, exposing us all to the risk of infectious diseases.”