Skip to main content
Figure of the Week
December 20, 2017 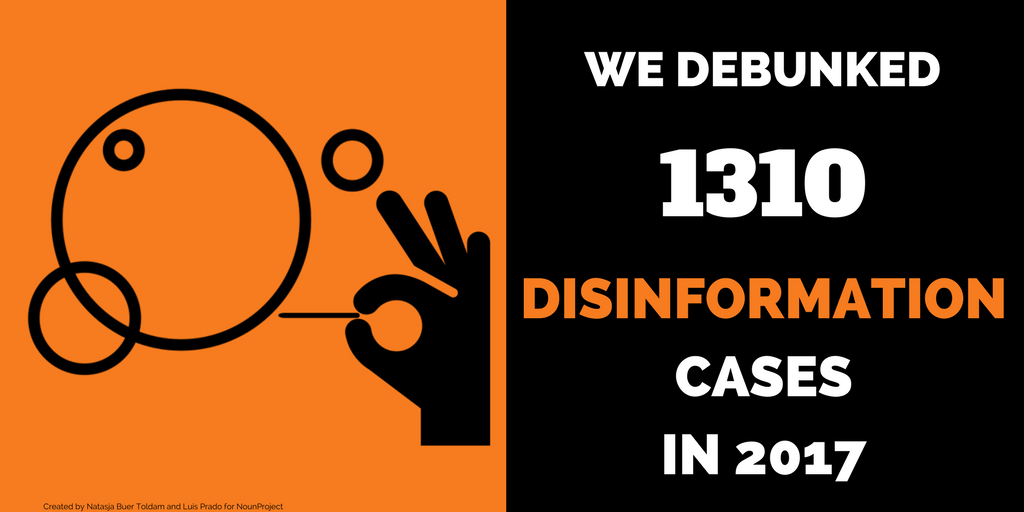 This year, we reported a total of 1310 disinformation cases. From Angela Merkel to burgers and Danish pets, pro-Kremlin disinformation cast its net wide in 2017. As in previous years, European leaders were repeatedly hit with false claims. German Chancellor Angela Merkel, a popular target, was accused of seeking to occupy Ukraine and her government of promoting neo-Nazi doctrines in Ukraine. As for French President Emmanuel Macron, who has publicly denounced Russian disinformation, he allegedly came to power not through electoral support but thanks to a wealthy gay lobby. Europe as a den of sin was another recurrent theme this year. Europe was branded a “whorehouse” and Denmark was falsely accused of having legalised animal brothels for zoophiles. Few weeks went by in 2017 without pro-Kremlin media outlets engaging in some form of historical revisionism. Ukraine’s man-made Holodomor famine being allegedly caused by an epidemic and the Soviet invasion of Czechoslovakia being described as a move to preserve peace and harmony in the region are just a couple of examples. In several cases, Russian media outlets and authorities were caught spreading particularly outlandish disinformation stories. A report claiming that a New York restaurant served a special “Putin burger” to celebrate the Russian president’s birthday was widely debunked. And in November, Western media criticised the Russian defence ministry for presenting images from a video game as “irrefutable evidence” that the United States was backing Islamic State militants in Syria. Since its creation in November 2015, EU vs Disinformation has debunked 3,680 disinformation cases.