FLOODING THE MIND WITH HYPERBOLES 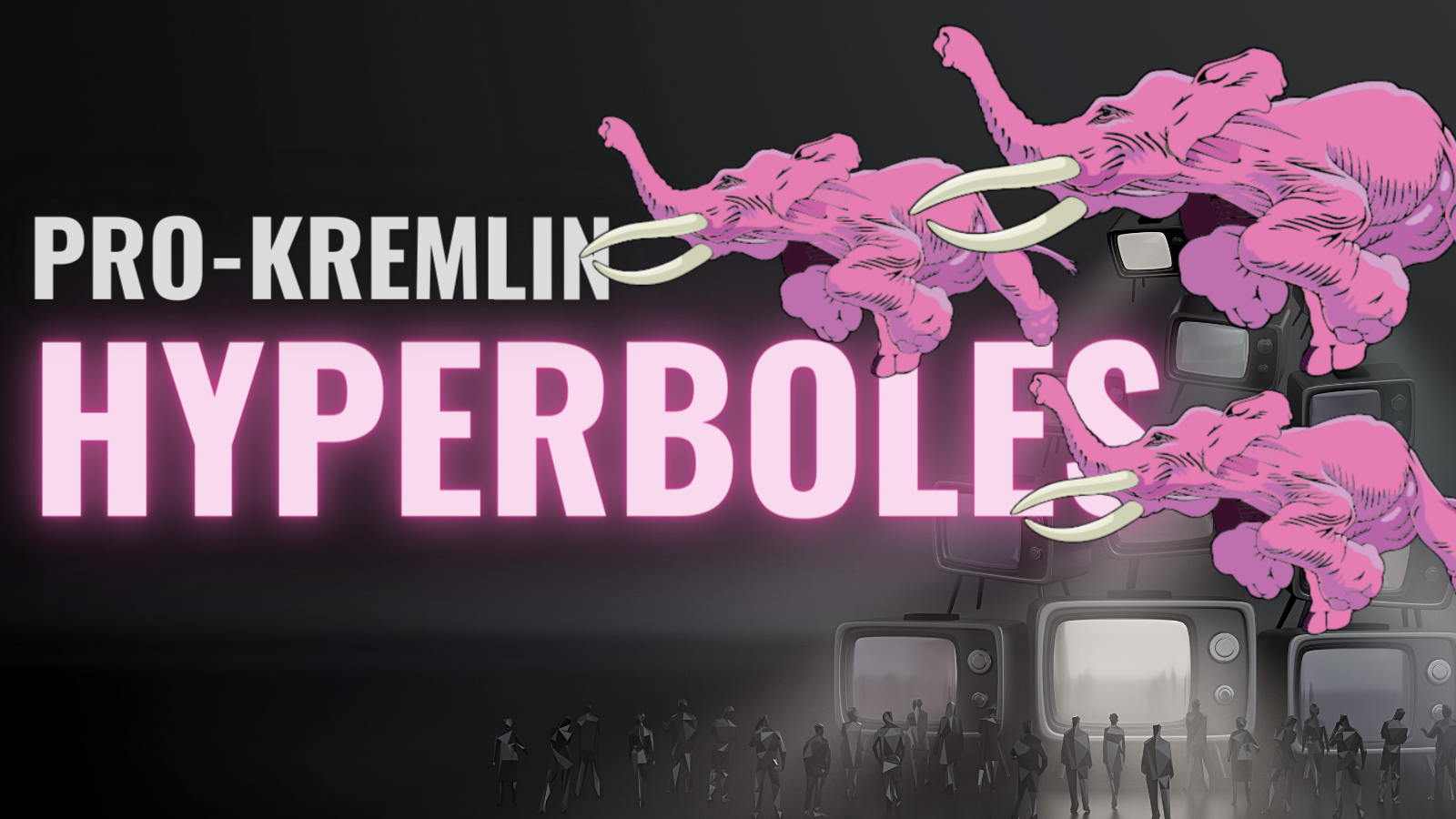 Anyone studying disinformation could ask why the information space contains so many hyperboles. For example, when you read about the pandemic, you cannot avoid extravagant narratives of Satan pulling the strings, or wild scenarios in which Western leaders emerge as dictators. Probably, part of the explanation is that, from the viewpoint of the receiver, drama is seductive; people click on hyperbolic and emotional content.

A recent Oxford University study also sheds light on those that spread disinformation. It found that RT TV channel, a super spreader, uses disinformation to create (political) chaos. If chaos is the goal, the means is a massive number of disinformation narratives, like an incoming tsunami. In the search of clicks, unrestricted extravagancy is required. Looking at the disinformation trends this week, we see plenty of bizarre tsunamis.

As could be expected, we spotted a lot of disinformation targeting Russian opposition politician Alexei Navalny, the protests ignited by his arrest and the Moscow visit of the EU High Representative, Josep Borrell. As we already reported, a stream of interconnected disinformation narratives already sprang up during Borrell’s joint press conference with Russian Foreign Minister Sergei Lavrov, produced by the pro-Kremlin disinformation ecosystem and flowing seamlessly after the conference had ended.

During the EU High Representative’s visit, Russia also expelled three European diplomats who were monitoring the protests. Actually, they were only present at the spot, which is compatible with their status as foreign diplomats. Even the videos shared by Russian state media showed the diplomats were merely outdoors at the time of the demonstrations. Besides, even under Russian constitutional law those protests were legal. However, pro-Kremlin outlets claimed that Russia was “forced” to expel EU diplomats who participated in illegal protests or that diplomats from the EU took part in un-sanctioned rallies. 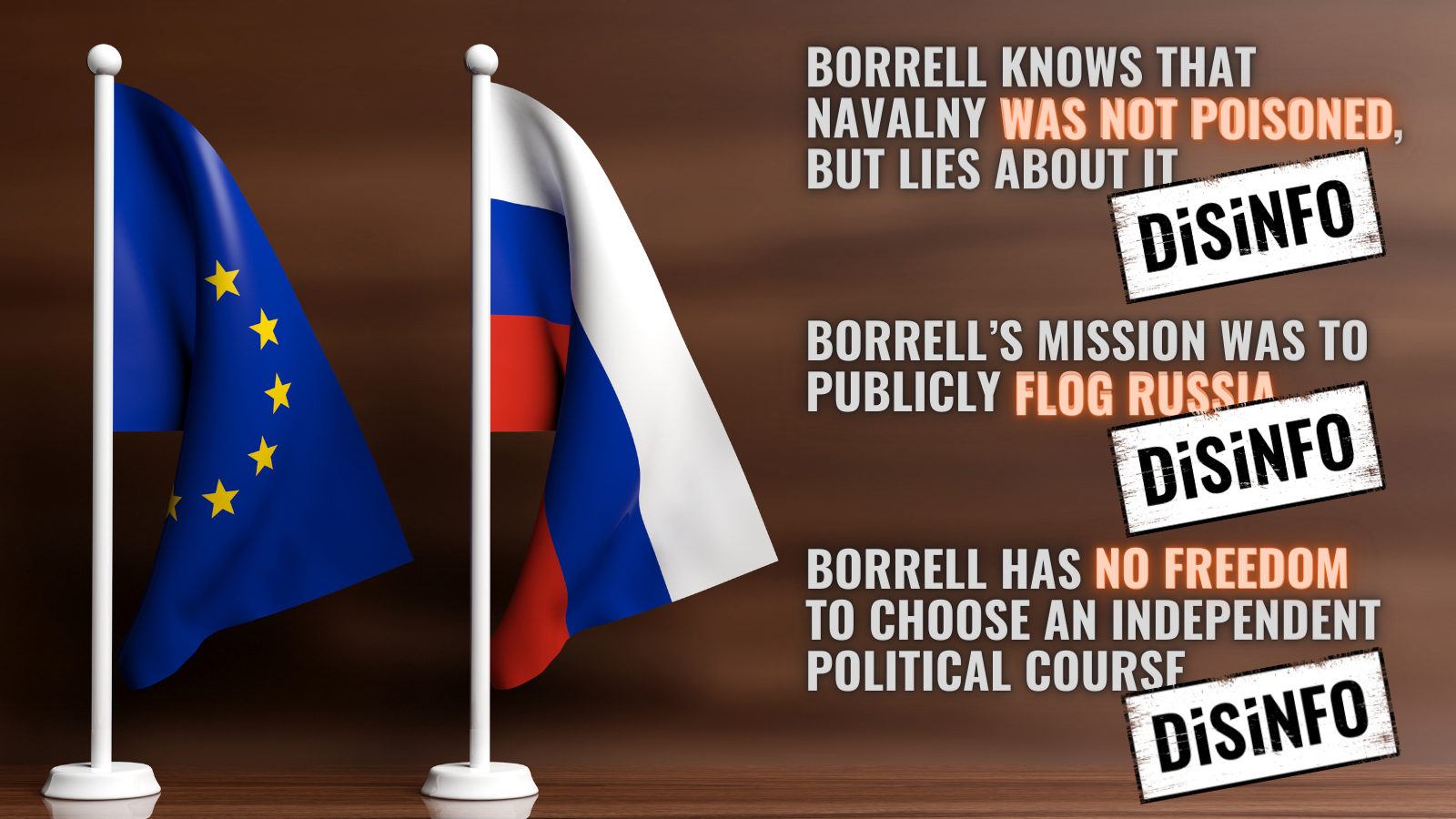 A number of narratives framed the EU’s behaviour as aggressive towards Russia, the hero and victim of a great many false stories. One narrative claimed that Borrell’s mission was to publicly flog Russia. Another one referred to the EU’s alleged dream of invading Russia. According to this narrative, the West is afraid to start a war with Russia, so it uses a “nosy fifth column” to destabilise the country.

In a similar narrative, Navalny is presented as a Western project to influence Russia and his poisoning is described as a set-up against Russia. This narrative suggests that Russia had reasons to believe that the situation regarding Navalny is a “simulation”. It is striking that state-controlled media still call Navalny a “blogger” or an “opposition blogger”, aiming to belittle him and the protests ignited by his sentence – a sentence the EU called “unacceptable”, “politically motivated” and running counter to “Russia’s international human rights obligations”.

Just like last week, pro-Kremlin outlets claimed that only a few thousand people turned up to protest Navalny’s jailing. According to Reuters, in Moscow alone there were as many as 40,000 demonstrators already on 23 January. Moreover, at least 3,700 people were detained that day. Unless all protesters were detained, the numbers don’t add up. Still, we saw a claim that there is no repression in Russia and that the Russian police even handles protesters “humanely” compared to French and US police. This is a striking example of “whataboutism”, a rhetorical device to deflect attention from an unpleasant issue and accuses others of being at least equally bad. 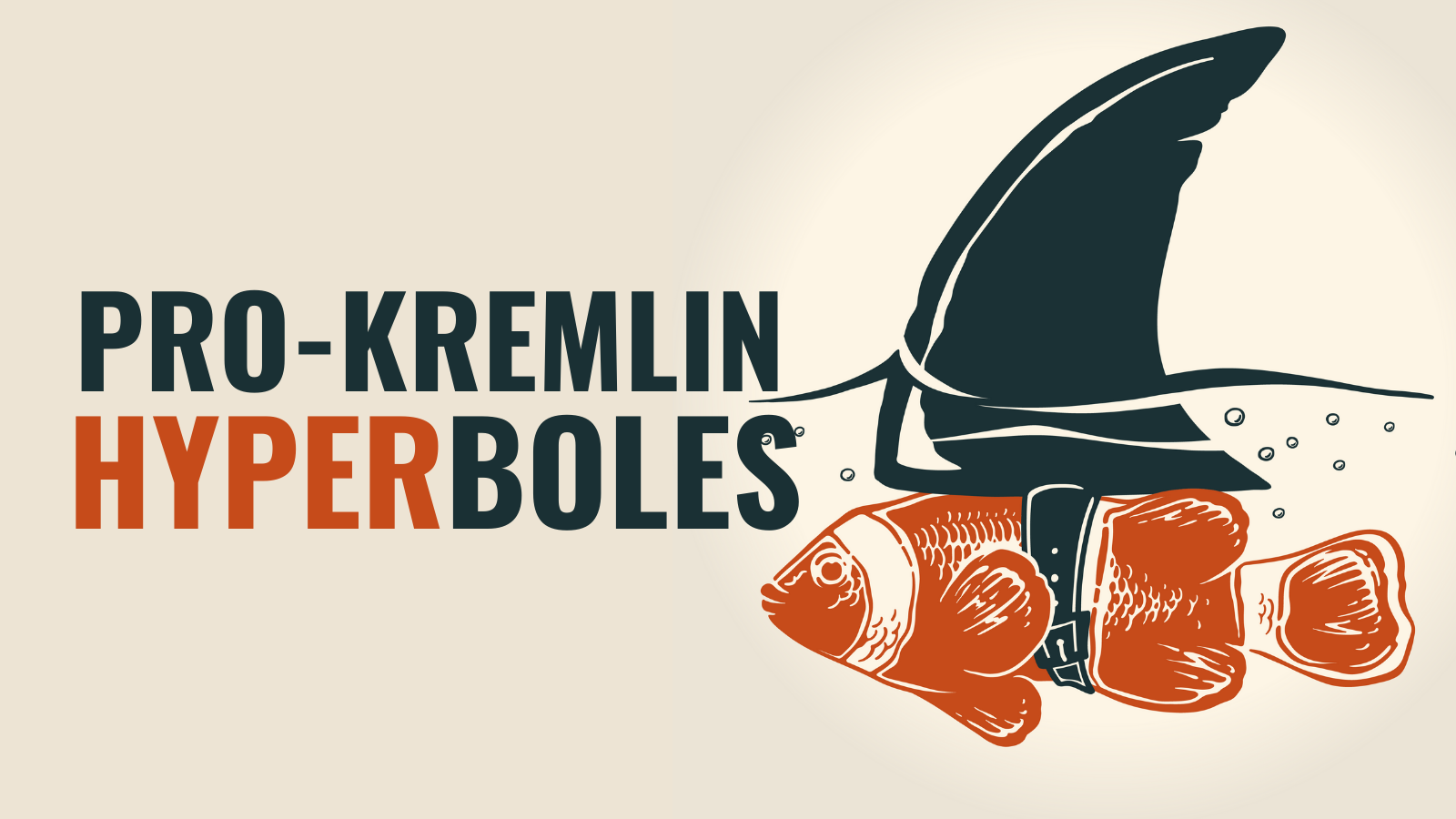 Although we are still in the midst of a pandemic, compared to previous weeks we spotted slightly fewer fake conversations on vaccines. Still, there was no lack of hyperboles. In a rather grotesque manner, the European “unwillingness” to authorise Russian or Chinese vaccines was compared to the situation prior to the Munich Agreement – an agreement that allowed the annexation of Sudetenland, a Czechoslovak territory, by Nazi Germany in 1938. If you find the logic of this comparison hard to grasp, it is also detached from the plain facts, as the Russian Direct Investment Fund only applied for the registration – not even yet for the approval – of Sputnik V in the EU on 20 January. 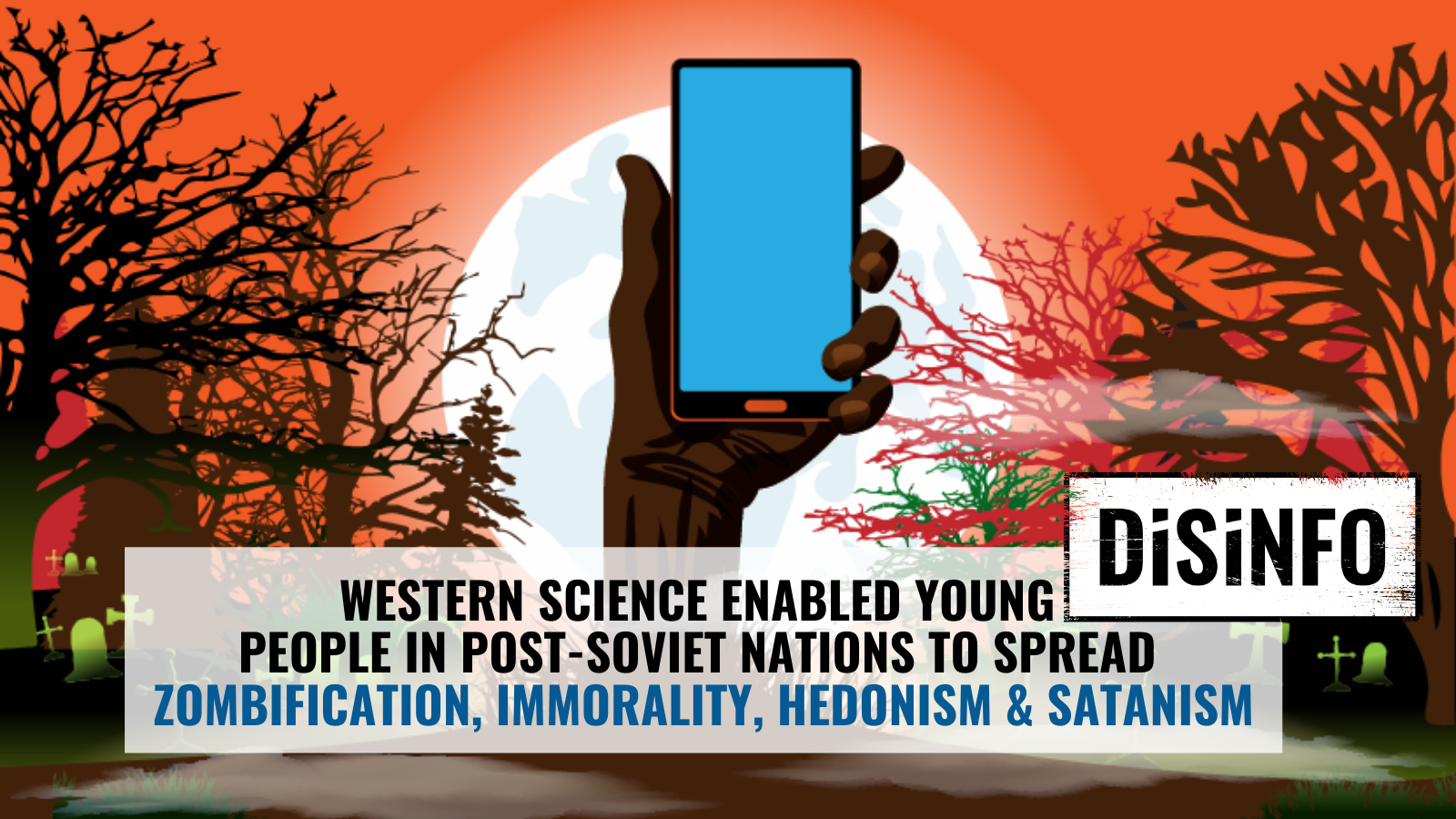 Things get really out of proportion when the grand narratives themselves get hyperbolized. For example, we spotted a narrative claiming that liberals want to kill Christians. In an example of extravaganza overdrive, Western science allegedly enabled young people in post-Soviet nations to spread zombification, immorality, hedonism and Satanism. According to another story, liberals already have killed science by monopolizing, censuring and controlling it.

This is remarkable. In the end, liberalism, science, together with democracy, are built on openness. Liberalism protects the freedom of the individual to diverge from the mainstream, democracy is society’s ability to correct its own decisions, and science is the capacity to correct and thus improve its own research. They all share an attitude and historically, they complement each other.

Why is disinformation ignoring this? Because ultimately, disinformation, using hyperboles, aims “to flood the zone”. In other words: to gradually narrow the information space, and together with it our minds.