Forum vs Tribune = Habermas vs Schmitt 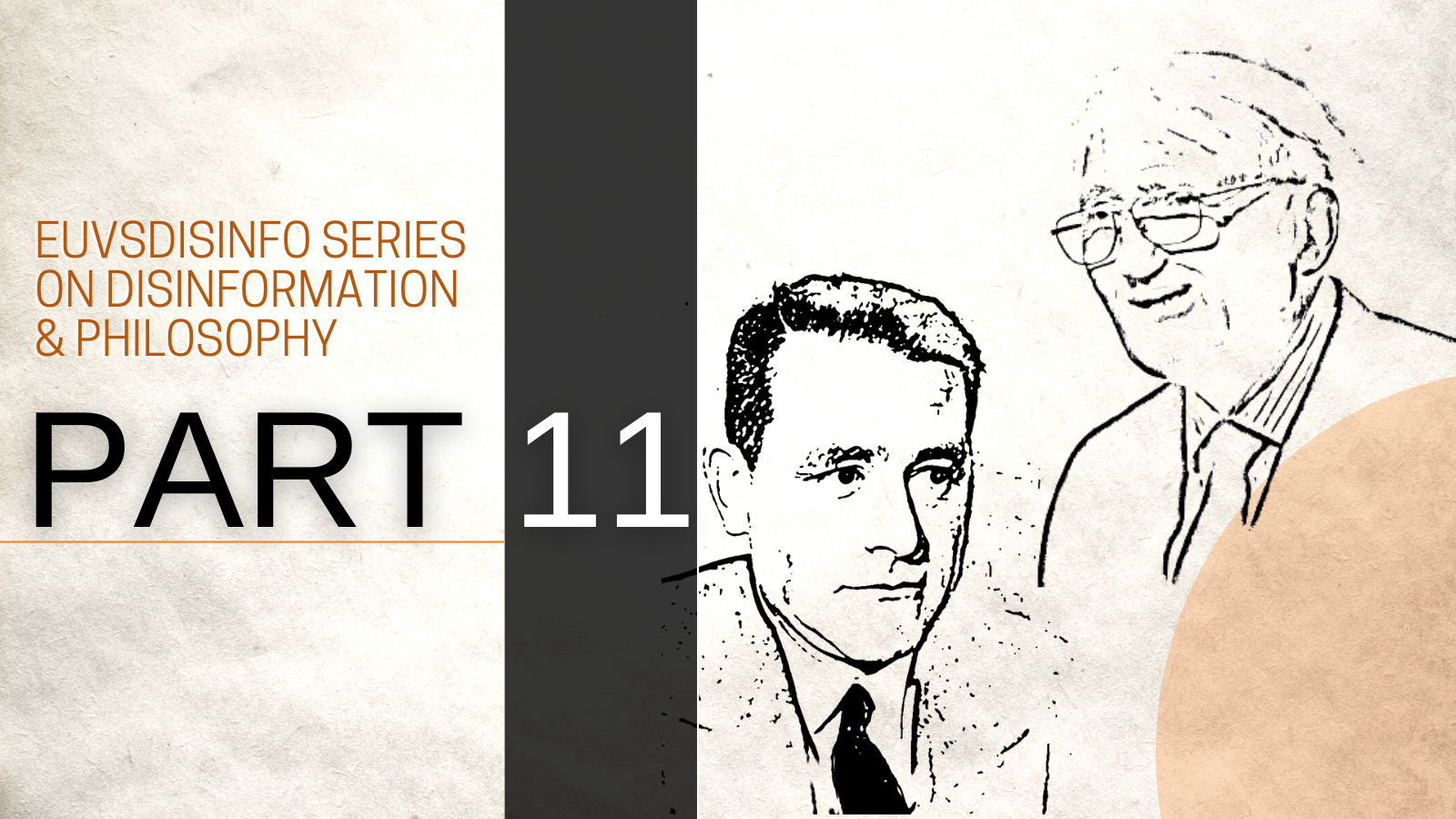 Our closest readers know that we have theorised about the way pro-Kremlin media and media in democratic societies operate. They are grouped along two distinct concepts: Media as a Forum or media as a Tribune. This is, of course, a theoretical model to map two ideal types of relations between the media and their audience. Those two types largely fit into wider thought on democracy of two scholars: Carl Schmitt and Jürgen Habermas. Schmitt perceives politics through the friend-or-enemy dichotomy, while Habermas aims for deliberation between equal citizens (or media). Below we will dissect this relation.

In 2019, we explained how pro-Kremlin media, conceptually, work as “tribune”. It has the following characteristics: top-down communication, loyalty to hierarchy and just two types of expression: praise or condemnation.

The concept of Tribune is first and foremost a platform for dissemination of the ideas and values of whoever is controlling the platform. It is a top-down process, where the audience is expected to passively accept the notions; to receive instructions from the rulers on how to act and what to think. The concept is based on unconditional loyalty from the audience’s part.

This idea has pervaded even the institutional structure of two pillars of pro-Kremlin disinformation: Sputnik and RT. Sputnik was created by a Presidential decree with the aim to “report on the state policy of Russia abroad”. RT is fully financed by the Russian government and was included in an official list of core organisations of strategic importance to Russia. For more about the way RT and Sputnik operate, read this earlier piece.

From their viewpoint, journalists, judges and politicians behaving independently from those in power and who, respectively, write critically, point at legal problems of legislation or present alternative policies are existential threats. Therefore, very often, pro-Kremlin media do not respond to their content but aim to undermine their credibility.

If investigative outlets such as Bellingcat come up with uncomfortable results in an investigation of the poisoning of one of the most prominent Kremlin opposition leaders like Navalny, pro-Kremlin media do not focus on the research itself. Instead, they attack the collective, portraying it as a factory of fake. As the pro-Kremlin media have their own factory, the language also betrays a large deal of projection.

This is why we see many, many, many attempts to undermine Navalny’s standing.

The rule of law is also essential to protect media freedom. Therefore, it is only logical that pro-Kremlin media often attack the European Court of Human Rights.

Schmitt and the Existential Need for Struggle

One of the greatest political thinkers of this day, the Bulgarian political scientist Ivan Krastev, has pointed at the influence of Schmitt on contemporary Russian statecraft and foreign policy (with implications for Russian disinformation activities).

Although Schmitt is widely recognised as a brilliant thinker, his reputation, as the “Crown Jurist” of National Socialism, is dark. After Hitler came to power in 1933, Schmitt sided with the Nazis. In time, he got an influential position and did not hesitate to use that position to publish defences of extra-judicial killings of political opponents and of efforts to erase Jewish influence in German jurisprudence.

So, what did Schmitt write that still intrigues us today? Why is he still taken seriously by political theorists? The answer revolves around a seemingly simple question. In his 1932 essay The Concept of the Political, he asked: what is the political?

Schmitt is not searching for a certain way of life, or a certain set of institutions, but rather the criterion to take certain types of decisions. Comparatively, in ethics, it would be “good” and “evil”, in aesthetics, “beautiful” and “ugly”. His answer: all actions and motivations in politics in the end boil down to a distinction between “friend” and “enemy”. To be clear, the enemy is not a moral category, it is a public rather than a personal entity. Still, for Schmitt, the enemy is existential, in the sense that one needs an enemy to define oneself. “Tell me who your enemy is and I will tell who you are”, he writes.

Defending the value of struggle between enemies makes Schmitt radically diverge from the tradition of political philosophy. Following Hobbes, who invented the Leviathan to overcome enmity in the state of nature, political thinkers came up with models that tried to curb aggression.

It is no wonder that this is also exactly what Schmitt dislikes about liberal democracy: it aims to neutralise conflict. According to him, healthy conflicts have vaporised in modern societies. For example, by transactions in the market, by legal procedures in the judicial systems and, worst of all, by eternal deliberation in parliament. The lack of struggle within democracy, which is crucial for developing an identity, has transformed individuals into atomic entities (consumers, clients or voters).

Therefore, it is no coincidence that Sputnik’s CEO and editor-in-chief Dmitry Kiselyov told its editorial staff: “The period of impartial journalism is over. Objectivity is a myth”. 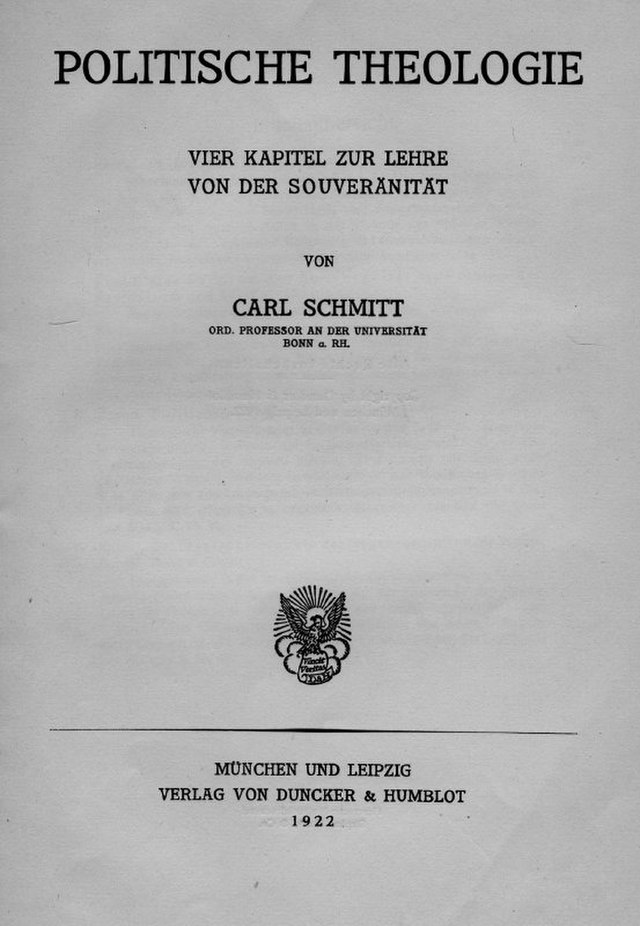 Media as forum is a concept that refers to radically different behaviour than media as tribune. It echoes Habermas’ ideas.

In a democracy, media (should) contribute to a space that Habermas has called the herrschaftsfreie Kommunikation, or a communication space free from domination. Very crudely, it has the following features: peer-to-peer communication and a critical attitude by nature. Its core activity: independent questioning. As the tribune model perhaps is best characterised by an exclamation mark, for the forum model, this is the question mark.

The concept of the Forum is based on a horizontal exchange of ideas and views. In general, the media lends itself to a function as a space for public discourse. The forum is not a place where decisions are being made; it is a place for debate, questioning, scrutiny, criticism. A successful forum can be loud, rough and even vulgar. It can be moderated, but never controlled.

Who is Habermas, what did he say about communication and how does this fit into his larger conception of democracy?

Jürgen Habermas, the only philosopher of our series alive today, is widely recognised as one of the most influential of our times. He remarkably connects continental and Anglo-American thought traditions. One could say his philosophical ambition is to embed philosophy’s traditional claim to universality and rationality within more humble, fallibilist, empirical approaches to truth. He has engaged in debates with a wide range of thinkers (Gadamer, Putnam, Foucault, Rawls and Derrida).

At the core of Habermas’ conception of democracy is deliberation. Because the product of democracy is legislation that potentially coerces citizens: “only those statutes may claim legitimacy that can meet with the assent of all citizens in a discursive process of legislation that in turn has been legally constituted”. In short, ideally, people should be able to understand themselves as the co-authors of legislation.

Communicative action is tied to the “rationality of discourse”. What does this mean? Habermas explains that a speech act reaches understanding when the receiver takes an “affirmative position” to the claim that has been made. The receiver assumes that the claim could be based on good reasons. However, if this affirmation does not take place, the communicators might go from normal speech activity to “discourse”, a practice of argumentation and dialogue. Consequently, claims are (rationally) tested as true, correct, or authentic. On a public level, media are indispensable in this process. Social order, for Habermas, in the end, requires participants to constitute the “intersubjective validity” of the claims that are needed for social cooperation. 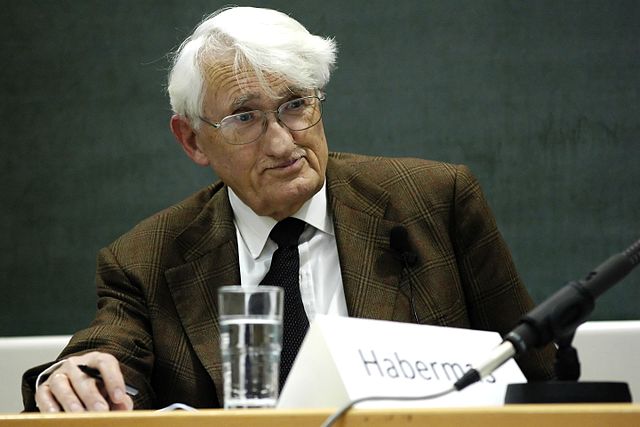 Schmitt asserts that liberal democracy turns people into weak atomic entities. They need a struggle to find their own identity. Schmitt himself, however, is not able to explain why in the situation he prefers, individuals are not equally atomic, maybe not as consumers but this time as eternal enemies.

Schmitt’s theory of democracy underpins the media as tribune model. On the other side of the spectrum, Habermas’ theory explains why deliberation is important to legitimise laws and decisions from which some people benefit while others may not. Pluralistic media that deliberate equally make sure that all different positions and interests are heard, examined and weighed.

A warning is required. The map is not the territory; the forum model does not necessarily represent reality in our democracies. Moreover, even if it does, this would not be a given. Earlier, the thinking of Arendt reminded us that it requires a healthy ecosystem of journalists, lawyers, courts, scientists, historians. Perhaps even theatres and art, we could add. Inspired by Foucault, we underlined that it also requires participants that are not only willing to deconstruct, examine and criticise the other the side but also their own.

Maybe the real struggle is to find enough bravery within oneself to engage in a real conversation with “the other side”?

*The title was changed for clarity.