Freedom as an Imperialist Scheme 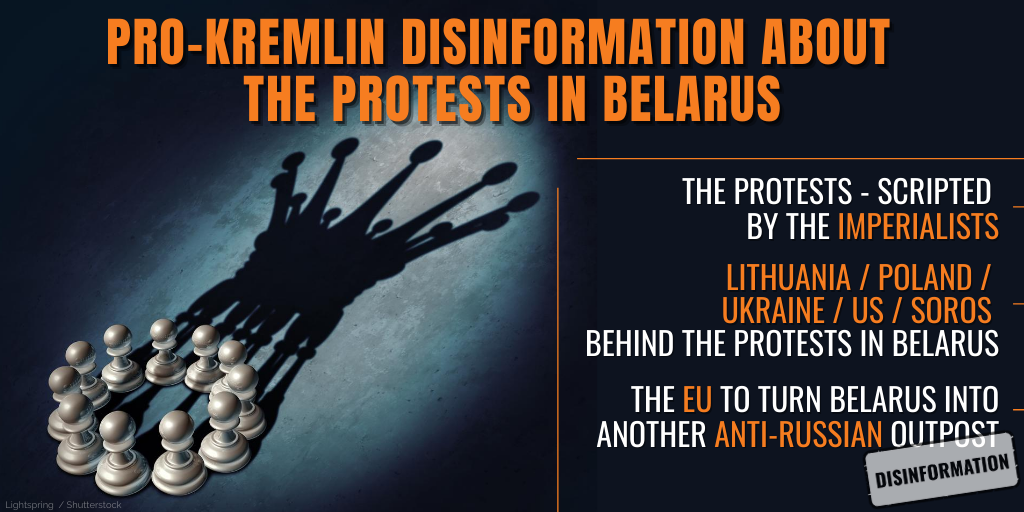 Five days after the election in Belarus, an op-ed in Kremlin-owned RT described the protests as “Scripted by the imperialists”. The author, a frequent contributor to RT, describes the hundreds of thousands protesting against election-fraud, violence and dictatorship in Belarus, as duped by the evil puppet-masters of the West. In his narrative, Lukashenka represents an “unabsorbed government”, attempting to secure its independence:

US-centralized empire tries to grow larger by absorbing a nation which is fighting to maintain its military, financial, economic and/or resource sovereignty.

What hundreds of thousands of Belarusians want – fair and free elections, human rights, stop to violence and democracy – is obviously irrelevant. Everything that is going on is merely “scripted by the imperialists”.

Pro-Kremlin pundits and outlets exclude any thoughts of protests as an expression of public discontent. The protests, claims state-owned Russian news agency Sputnik, are nothing but foreign influence operations; thousands of foreign militants are instigating political unrest on instructions from their Western curators.

Attacks on Poland, Ukraine and the Baltic states is a core element in the disinformation on Belarus. 10 cases this week accuse Lithuania for instigating unrest in neighbouring Belarus. Ukraine is attacked in around 20 cases. Poland is the target in 15 cases, and this is just a tip of an iceberg seen by EUvsDisinfo. And of course George Soros is involved; how could anyone doubt it? In the pro-Kremlin universe, nothing happens, unless George Soros pulls the levers. Or Washington.

So why is it all happening? The author of the above-mentioned RT op-ed suggests that “The Empire” cannot tolerate “unabsorbed governments”:

The entire western political/media class finds protests and uprisings endlessly fascinating when they are in opposition to governments which haven’t yet been absorbed into the imperial blob like China, Russia, Iran, Venezuela, Syria, pre-collapse Libya, or then-Moscow-aligned Ukraine, but any protests or uprisings within that empire are ignored at best or demonized at worst.

This week’s cases hint that the EU is part of this process of absorbing governments, and views the protests as a chance to expand its sphere of influence. Belarus and Ukraine are “rightfully” parts of a Russian “sphere of interest”, while the EU dreams of turning Belarus into yet another anti-Russian outpost.

Now here’s the hard fact: the concept of “spheres of interests” does not exist outside the Kremlin’s fantasies, and it hasn’t been used in international agreements since the Molotov-Ribbentrop pact 81 years ago. An agreement still occasionally praised by the Russian leadership. 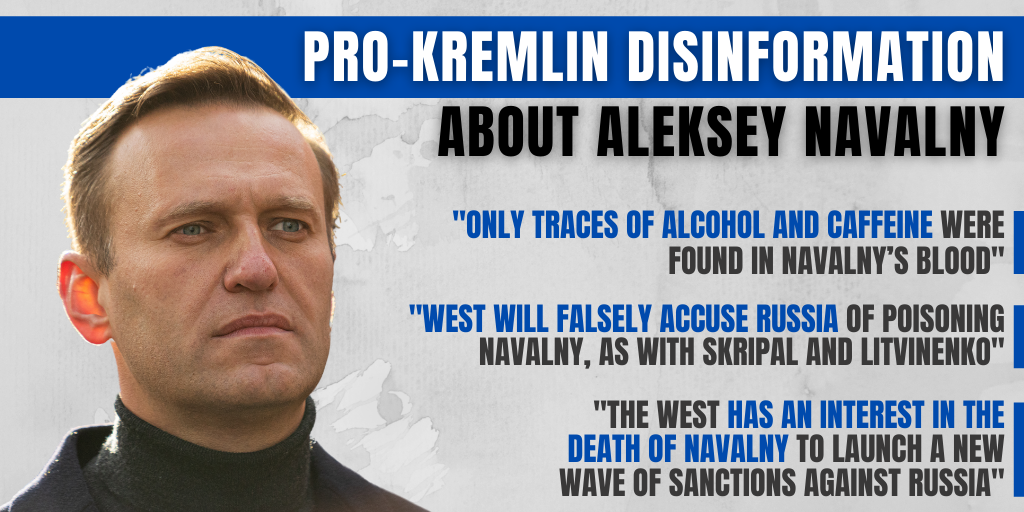 The Latin phrase “cui bono?” means “to whom is it a benefit?” The term is often used for identifying a scapegoat whenever something bad happens. This week, pro-Kremlin outlets suggest that “The West” wants to see Aleksey Navalny dead, in order to introduce new sanctions against Russia. The database shows us several examples of similar logic used on MH17, the Skripal case and the 2001 attack on the World Trade Center in New York. Suggestive conspiracy theories with shadowy rulers behind the scenes are a staple in the disinformation production facilities. When it comes to the Navalny case, the Kremlin has already decided that the dissident leader only had too much coffee. Maybe just as the late Alexander Litvinenko had too much “tea”…

The pro-Kremlin outlets’ campaign against the White Helmets in Syria follows similar lines. This organisation – a volunteer group of emergency rescuers – has been in the cross hairs of pro-Kremlin media for years – the first documented case in the Disinformation Database is from November 2016. Even since the beginning, the White Helmets have been accused of “staging” chemical attacks in order to discredit the Assad regime. This week, disinformation outlets claim the White Helmets splash chemical substances on children to fake attacks on civilians; that they extort, loot and rob and aid terrorists. Obviously, all those claims are forwarded entirely without any evidence. The White Helmets’ work is internationally recognised, and the organisation received the prestigious Right Livelihood Award in 2017.

The pro-Kremlin media is consumed by the fear of freethinking and independent people, so it is busy reducing them to unwitting pawns played by powerful puppet-masters. Blunt force and lies can subdue the protests, but it can never prevail. 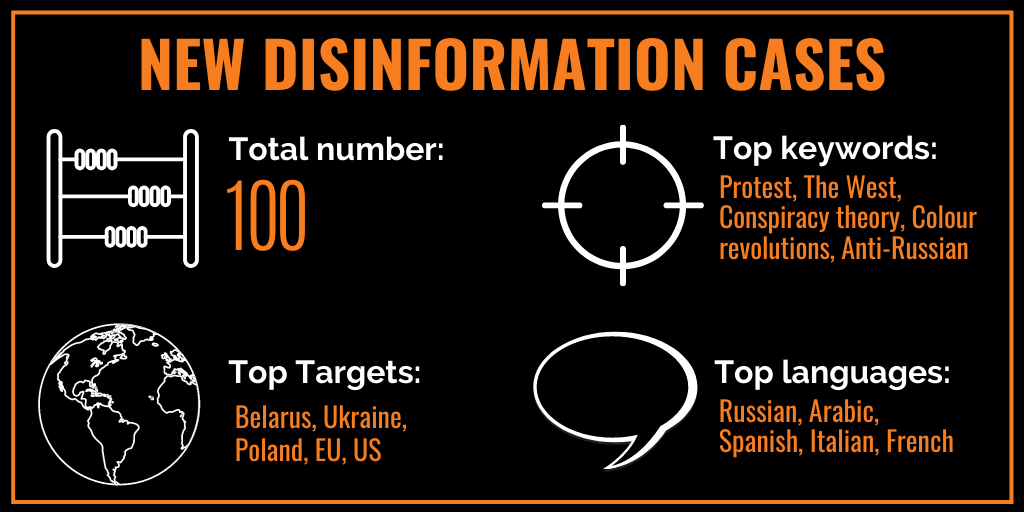 Other Topics this Week: