From the Kremlin Without Love 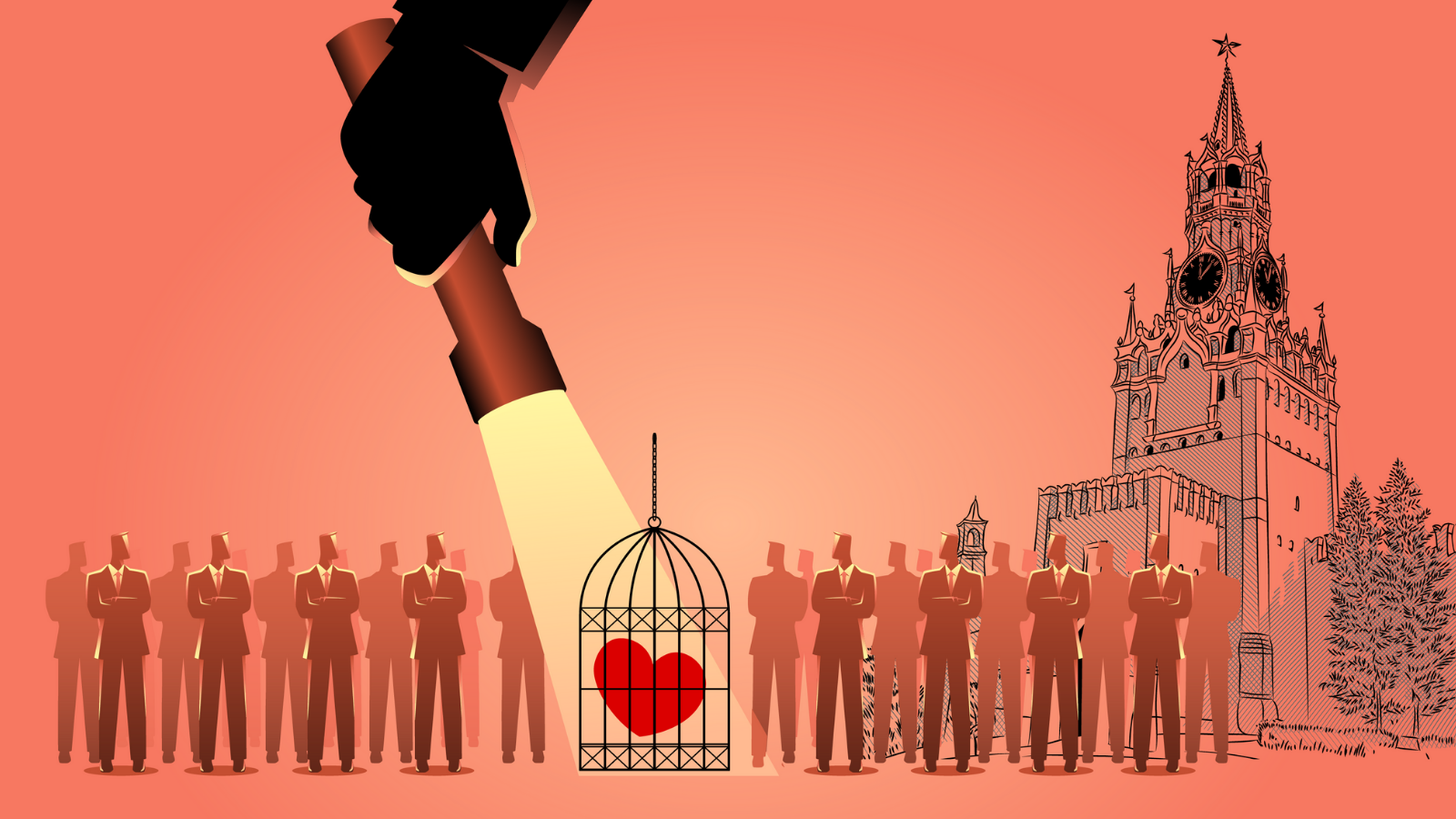 This was a busy week for the pro-Kremlin media: besides fending off imaginary “Anglo-Saxon” provocations and disclosing evil globalist plots involving the Pope, it had to deal with trouble closer to home.

Following the brutal crackdown of protests in Russia in support of the imprisoned opposition politician Alexei Navalny, his team invited Russians to participate in a silent protest: wave flashlights outside their homes and share images on social media with the message, “love is stronger than fear”.

The pro-Kremlin media, however, did not get the message. A major segment on the Russian state-controlled Rossiya 1 TV channel was devoted to warning people about the sinister flash-light technologies which, following alleged instructions from NATO countries, are used to fuel anti-government sentiments. According to Russian TV, flashlight “technologies” (i.e. literally, people waving flashlights) were previously applied in Minsk, Bishkek, Hong Kong, and Kyiv – all the places where the pro-Kremlin media have seen the phantom of “Western-instigated” colour revolutions. Following this logic, this Metallica concert in Moscow in 2019 must have been the ultimate act of subversion – thousands of people waving their flashlights in the air and singing along “Anglo-Saxon” songs.

Devoting so much time and effort (and money) to find similarities between crowds in Moscow, Hong Kong and Bishkek and present that as “proof” that Americans and Europeans have been orchestrating protests around the world, the pro-Kremlin media ignores the one thing that actually unites these people: their courage to protest against corruption, curbing of freedoms and civic rights.

A fish rots from the head down

Instead of reacting to popular discontent, pro-Kremlin disinformation takes the well-trodden path and blames it on external “enemies”. European diplomats were interfering into Russian affairs! (No, they weren’t: monitoring public protests is perfectly compatible with diplomatic duties). German secret services helped Alexei Navalny! (No, they didn’t: the Stasi records that Navalny used for his investigation into the government corruption are widely accessible). Finland is attempting to destabilise Russia! (A visit of Finland’s Minister of Foreign Affairs to St. Petersburg is hardly an “attempt” at destabilisation.)

These and similar claims are no longer reserved to pro-Kremlin pundits shouting at each other on state-controlled TV channels. Now they come from top Kremlin officials and their Facebook accounts and reverberate through the disinformation eco-system.

Take, for example, an op-ed published by the Russian state-news agency RIA Novosti, which, in complete congruence with the official Kremlin line, accuses Europe of pushing relations with Russia to the dead-end only to regret it. The text was quickly republished by Sputniks across the world: in Latvia, Lithuania, Belarus, Georgia, Armenia, even Uzbekistan! A particularly interesting passage of the text, alleging that “Europe desperately needs two things from Russia: Nord Stream 2 and Sputnik V”, found a place in multiple Russian-language blogs and websites. Under the guise of different authors, such outlets repeat the headlines of “Europe in the dead-end”, aiming to create the illusion that this is a widely shared view among the media. For the Pro-Kremlin media, the technique of information laundering is a gift that keeps on giving.

The pro-Kremlin media often repeat claims that the West tries to eliminate Russia as a geopolitical actor, that the EU is always craving for conflicts and wars, and even that Europe is looking for “excuses” to impose new sanctions on Russia. Such statements aim to deflect attention from the Kremlin’s policies and their consequences. But a lie, repeated a hundred times, even if at the highest political level, remains… a lie. 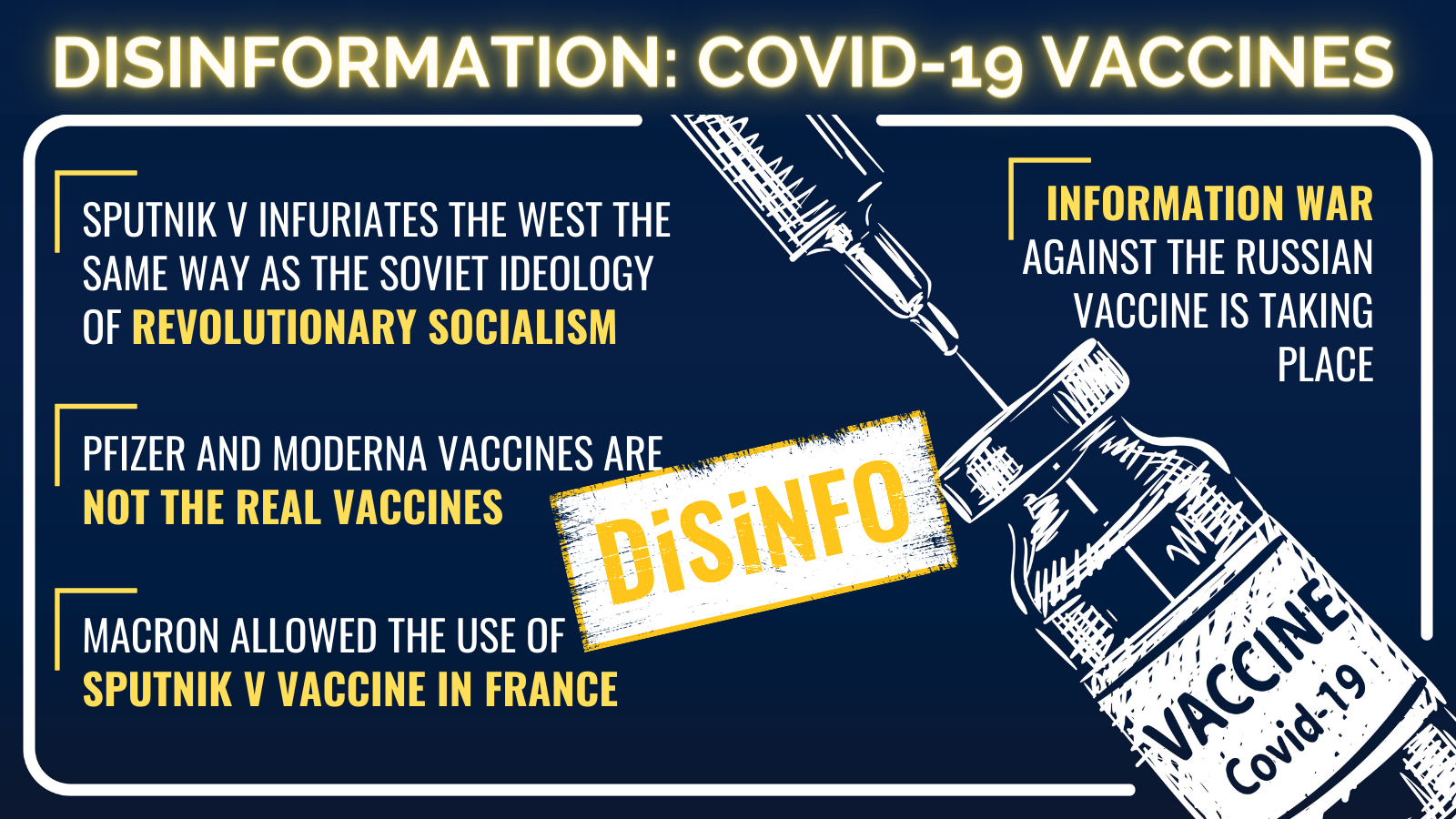 Vaccines against COVID-19 are at the centre of attention these days and the pro-Kremlin media is not an exception. In its quest to promote the Sputnik V vaccine to global audiences, the pro-Kremlin media this week invoked the memories of revolutionary socialism, the USSR’s “gift” to humanity, which, according to the Polish edition of Sputnik, responded to vital needs of oppressed peoples around the world (never mind the millions killed and imprisoned in the name of socialism). Today, says Sputnik, Russia offers a similar, albeit a slightly more modest gift – a small syringe with a needle.

Sputnik V, along with other COVID-19 vaccines, could be part of marvellous scientific achievements, which could help overcome the global pandemic*. Unfortunately, pro-Kremlin disinformation uses vaccination and Sputnik V as a wedge issue to undermine other vaccine producers, inflate narratives of Russia’s superiority, sow distrust among Europe and its neighbours, and conjure more and more “Russophobic” threats.

With its vaccine as with its foreign policies, the Kremlin demands to be loved, giving no love in return.

*As of publishing of this text, the producers of the Sputnik V vaccine have not submitted a request for marketing authorisation to the European Medicines Agency (EMA). An authorisation from the EMA is necessary for any vaccine or medicament to be marketed in the EU. Since the Sputnik V vaccines are not produced in Europe, there would also have to be an inspection process of the production sites to ensure a stable and high quality production. See the remarks by the President of the European Commission comment on this in more detail here (from 28:45 onwards). 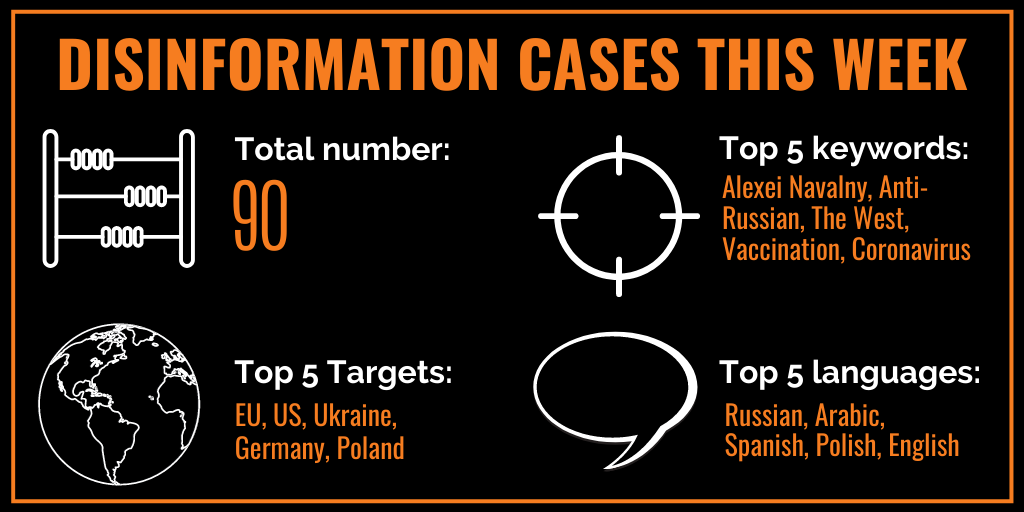