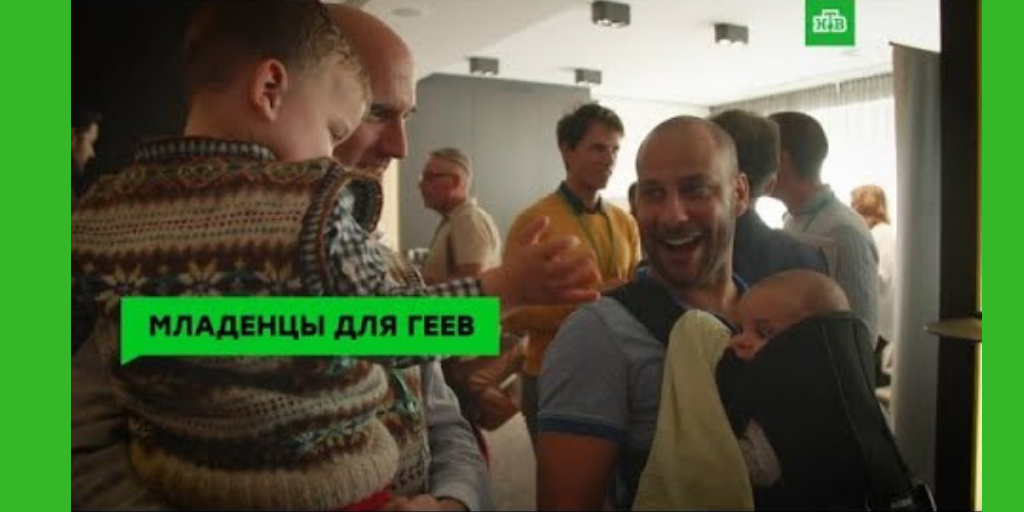 “Gays from the whole world convened in Brussels to attend a ‘livestock’ bazaar: to buy children. The customers could select an ‘item’ according to its parameters: size, colour of eyes and hair. If there’s money, a child will be up for sale.”

This message was communicated last week by the Russian network NTV together with the channel’s report from Men Having Babies– an annual, originally American conference for gay men looking for a surrogate mother to have a child. The conference was held for the fifth time in Brussels on 21 and 22 September, despite protests.

The independent Russian outlet The Insider published a critical article about NTV’s report, accusing the TV channel of manipulation when it created the impression that it was possible to actually buy a child at the event.

The Insider also criticised NTV for presenting the organisation behind the event to connect gay men and potential surrogate mothers as if it is aimed exclusively at very rich people.

The Insider concludes its analysis by stating that that NTV’s tweet with the message quoted above “does not contain a single word of truth”.

NTV’s attack on the LGBT community is not accidental: It is an example of proactive disinformation, which addresses divisive issues in order to provoke strong emotional reactions.

The report inscribes itself into the campaign about the alleged moral decay and degradation of the West (click on the link to see examples in our database with examples of pro-Kremlin disinformation).

Previously, Europe has been labelled “the kingdom of gays” in pro-Kremlin media. The mocking name “Gayropa” for Europe stands centrally in this homophobic propaganda campaign.

Recently, a camera crew from another Russian TV channel, 5 Kanal, pretended to be LGBT activists in order to get access to and record a lecture about LGBT history at Tallinn University.

Known for attacks on civil society

The network can also be watched outside Russia via cable and satellite connections. This has led the UK’s broadcasting watchdog, Ofcom, to issue a warning to NTV for “serious failure of compliance with impartiality rules.”

NTV is owned by Gazprom Media, a subsidiary of Gazprom, the large Russian state-controlled supplier of gas to the international market. In this way, Russian authorities control NTV, even if NTV is not a formal state media outlet.

Russian TV claims babies are for sale in Brussels

Posted by EU vs Disinformation on Tuesday, October 29, 2019