Get ready for pro-Kremlin tinnitus 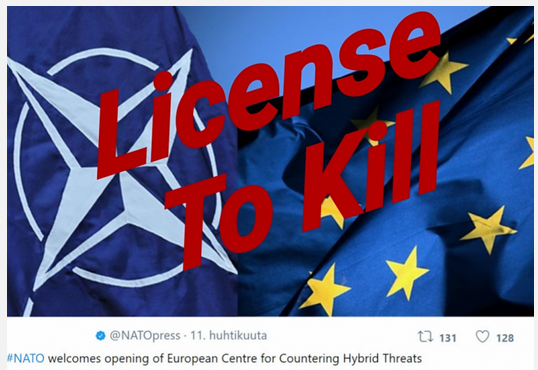 Imagine someone whispering in your ear non-stop: “Why would you bother, you will never find out the truth.”

Sometimes the voice could grow to an unbearable scream. One of the basic tools of pro-Kremlin disinformation is to fill the information space with constant noise to confuse the audience – or to at least force it to stop paying attention.

A recent target of this method has been The European Centre of Excellence for Countering Hybrid Threats (Hybrid CoE), hosted by Finland. This week, pro-Kremlin attempts to obscure the public discussion around the centre grew in both quantity and absurdity.

Finnish MV-lehti published an article claiming that the “NATO hybrid centre has a license to kill”. Actually the Hybrid CoE is not a NATO centre, but an instrument of its participating countries: Estonia, Finland, France, Germany, Latvia, Lithuania, Norway, Poland, Spain, Sweden, the UK and the USA. More fundamentally, the centre obviously doesn’t have a license to kill, as no one has in Finland.

But the orchestrated disinformation campaign does not end up with one article. What we also saw was the setting up an organisation with a similar name that calls NATO and the EU a threat for democracy in Europe. And in order to further confuse the public, a website was launched – http://hybridcoe.ru/ – [note the Russian domain] – that copies the design of the real centre.

Fake Twitter accounts resembling the Hybrid CoE logo have been circulating since autumn 2016, and some of them got activated again in September. This account has been spreading message that Finnish citizens would be unhappy with the new Hybrid Centre – referring to comments on other disinforming outlets.

Just so you know, these are the actual webpage and the Twitter account of the Hybrid CoE.

One of the aims of the pro-Kremlin disinformation campaign is to twist the narrative of WWII. This time, weekly Russian news show Vesti Nedeli accused Poland of initiating the second world war.

We’ll leave it to more reliable sources than Vesti Nedeli to set the record straight on this. But the Russian audience is constantly exposed to this parallel reality. And the results of this disinformation campaign are clearly visible for example in a Levada centre poll on the Molotov-Ribbentrop secret protocols, which reveal that 40% of Russians think it’s true, 17% think it’s false, and 44% are not aware or unsure that the protocols existed. 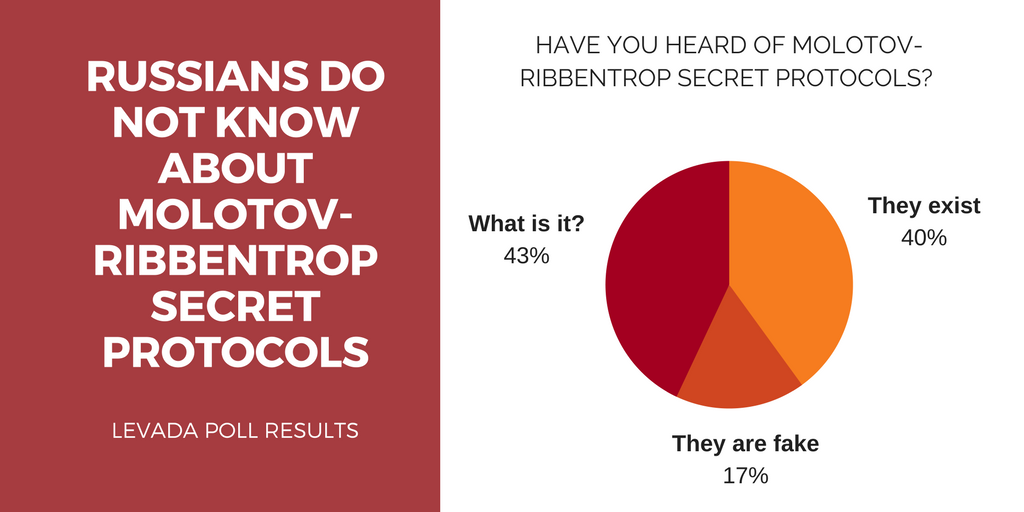 This week’s disinformation cocktail also included some favourite disinformation themes. We read that Europe’s excessive tolerance towards other religions results in punishing “true” Europeans, and in discriminating against orthodox values.

So disinformation outlets reported about a man being fined for eating bacon in front of Muslims in Sweden and about a Georgian judoka who suffered defeat during the course of the World Championship for wearing a cross around her neck. Visit our table to set the record straight on these two entertaining stories.

And the favourite narrative about EU orchestrating colour revolutions was revived once again. Thus, in a Moldovan disinformation-oriented outlet, the readers were convinced that if the country refuses to join the EU, Brussels will punish it with a Maidan. We are sorry to disappoint, but it is not in EU’s capabilities to instigate a nation-wide revolution.

Date
Title
Outlets
Country
EU integration has become a disaster for Moldova
Moldova
Angela Merkel has admitted that reconsolidation of Crimea with Russia is irreversible
Germany, Ukraine, Russia
NATO's hybrid centre has a license to kill
Finland, US
Poland was the initiator of the WWII
Poland, Russia
American nuclear fuel will cause a second Chernobyl
US, Ukraine
Moldovan workers live in poverty after the European integration has started
Moldova
Donbas soldiers and Russian volunteers are fighting to prevent a genocide of the people of Donbas
Ukraine
If the country refuses to join the EU, it is punished with a Maidan
Greece, Cyprus, Hungary, Moldova, Poland, Ukraine
RT leads among TV news channels on YouTube with 5 billion views
Russia
US and the EU are ready to give up Ukraine in exchange for Russia's help with North Korea
North Korea, Germany, US, Ukraine, Russia
Laundromat: Azerbaijani targeted with fake news inspired by Soros
Azerbaijan
Results of the Association Agreement in Moldova: People have become much poorer and the social genocide continues
Moldova
US openly instructs Moldovan democrats what to do with Russian-language media in Moldova
Moldova, US, Russia
McLaren doesn't accuse Russia for state-supported doping-conspiracy any more
Russia
American media questioned the legitimacy of the "neo-Nazi regime" in Ukraine
US, Ukraine
Angela Merkel has said: "If I want, you will read in tomorrow's newspapers that 98% of the population is happy with my policies."
Germany
Man was fined for eating bacon in front of Muslims in Sweden
Sweden
Georgian judoka suffered defeat in World Championship for wearing a cross
Georgia
A man was fined for eating bacon in front of Muslims in Sweden
Sweden
Ukraine to introduce food ration cards
Ukraine
US Special Envoy says Russia seeks to freeze conflict in Eastern Ukraine
US, Ukraine, Russia
There is a 97 % probability Ukraine will fall apart
Ukraine
There is a 97 % probability Ukraine will fall apart
Ukraine
US coal deprives Ukraine of its independence
US, Ukraine, Russia
By continuing to browse the site you are agreeing to our use of cookies.