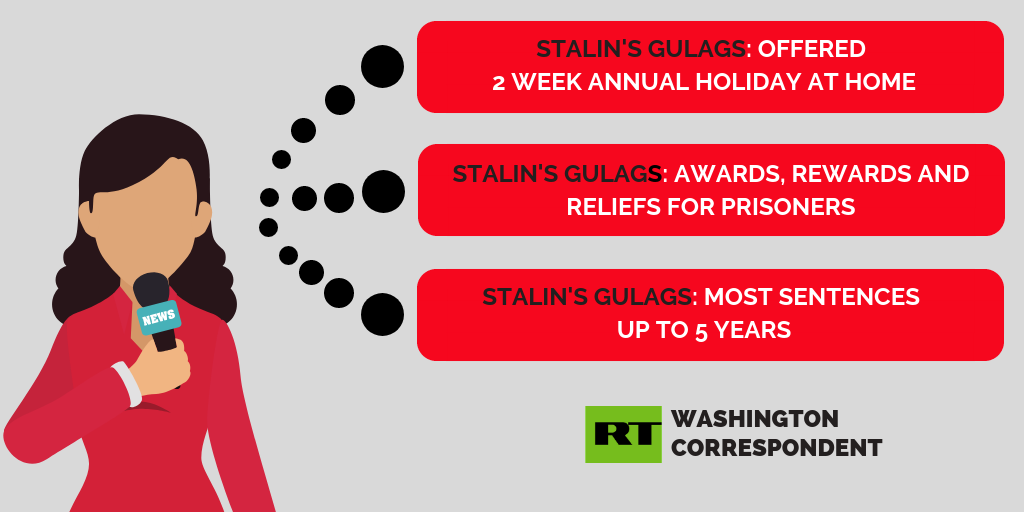 Imagine you are a journalist from a Western country who has been hired to work for RT (Russia Today).

Perhaps you’re excited to now be a part of a large international network; but you are probably also very aware of the sensitivities surrounding a media outlet which is known as the propaganda mouthpiece of a foreign and not exactly friendly government.

“I need to balance this and be as cautious as I can; I don’t want to harm my reputation or put my employer in an awkward situation,” is probably how the inner voice of an international RT journalist would sound.

But there are exceptions from the cautious approach; and one of them surfaced this Sunday when Sameera Khan, a Washington, D.C., correspondent for RT, started posting Stalin and Gulag labour camp apologetic messages on her Twitter account. 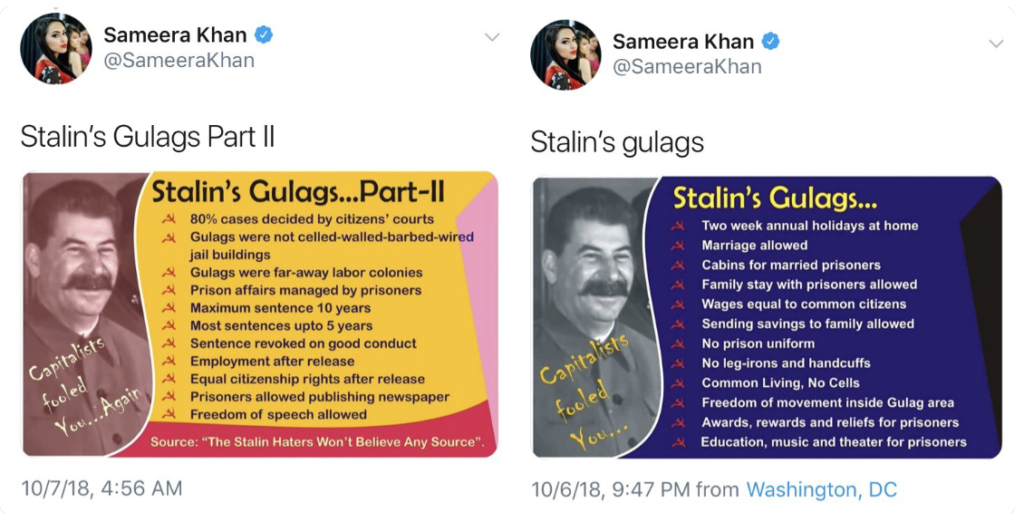 Just a few weeks prior to posting the Stalin memes, Ms Khan had written, also on Twitter: “I would give my life for the return of Stalin without hesitation,” as reported by Ben Collins of NBC News.

Sameera Khan’s going “off script” can be seen as a too eager and most probably unsanctioned attempt to support the RT narrative that everything negative said about the Kremlin line is unfair “Russophobia”.

Or she took example from her boss, RT’s chief editor, Margarita Simonyan, whose bizzare interview with the two Salisbury suspects was met in and outside Russia with bewilderment and ridicule. 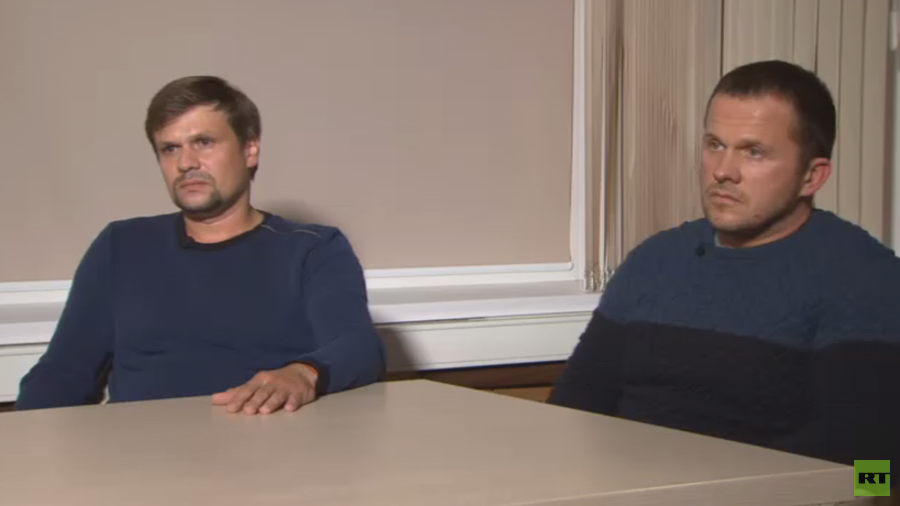 RT’s odd interview with the two suspects in the Skripal case made rounds on Russian social media.

RT has a history of employees going off script; however, the surprise is usually opposite to the case of Ms Khan, namely when presenters have confessed live on air that they regret working for a Russian state propaganda channel. This was the case with American news host Liz Wahl, who told her audience live on air why she could not legitimise Russia’s illegal annexation of Crimea, and another RT anchor, Abby Martin, who suddenly criticised Russia for its occupation of Crimea. 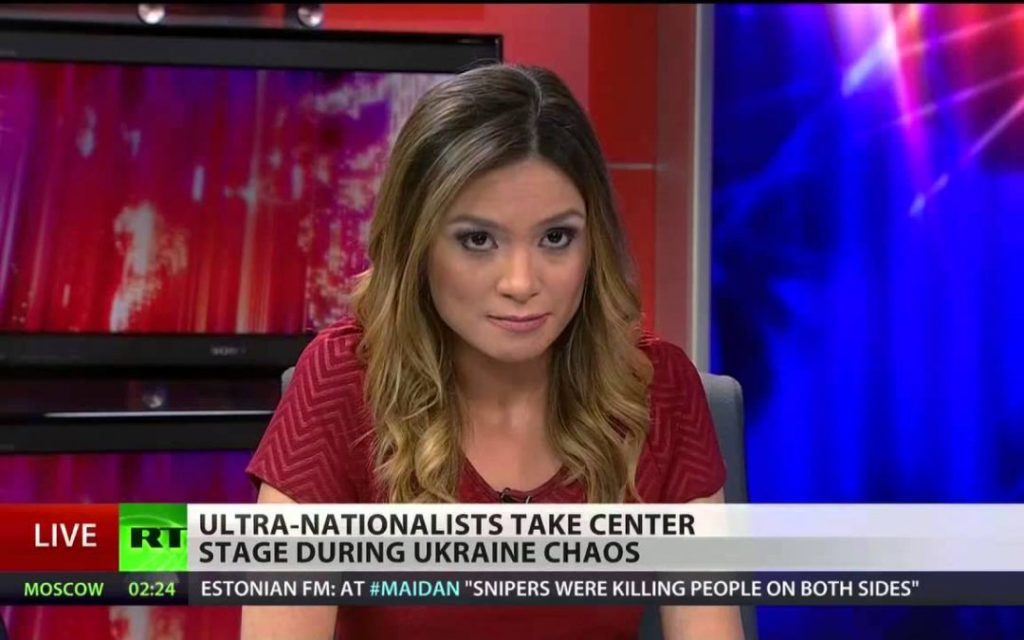 On 5 March 2014, Liz Wahl, an American news host, quit her job during a live programme, telling her RT audience why she could not legitimise Russia’s illegal annexation of Crimea (Image: Youtube).

Samira Khan has later tweeted that “I have just found out that the memes I shared re: Stalin’s gulags were inaccurate. My apologies to all those who were offended,” as reported by Newsweek. Her Twitter account has now been closed.