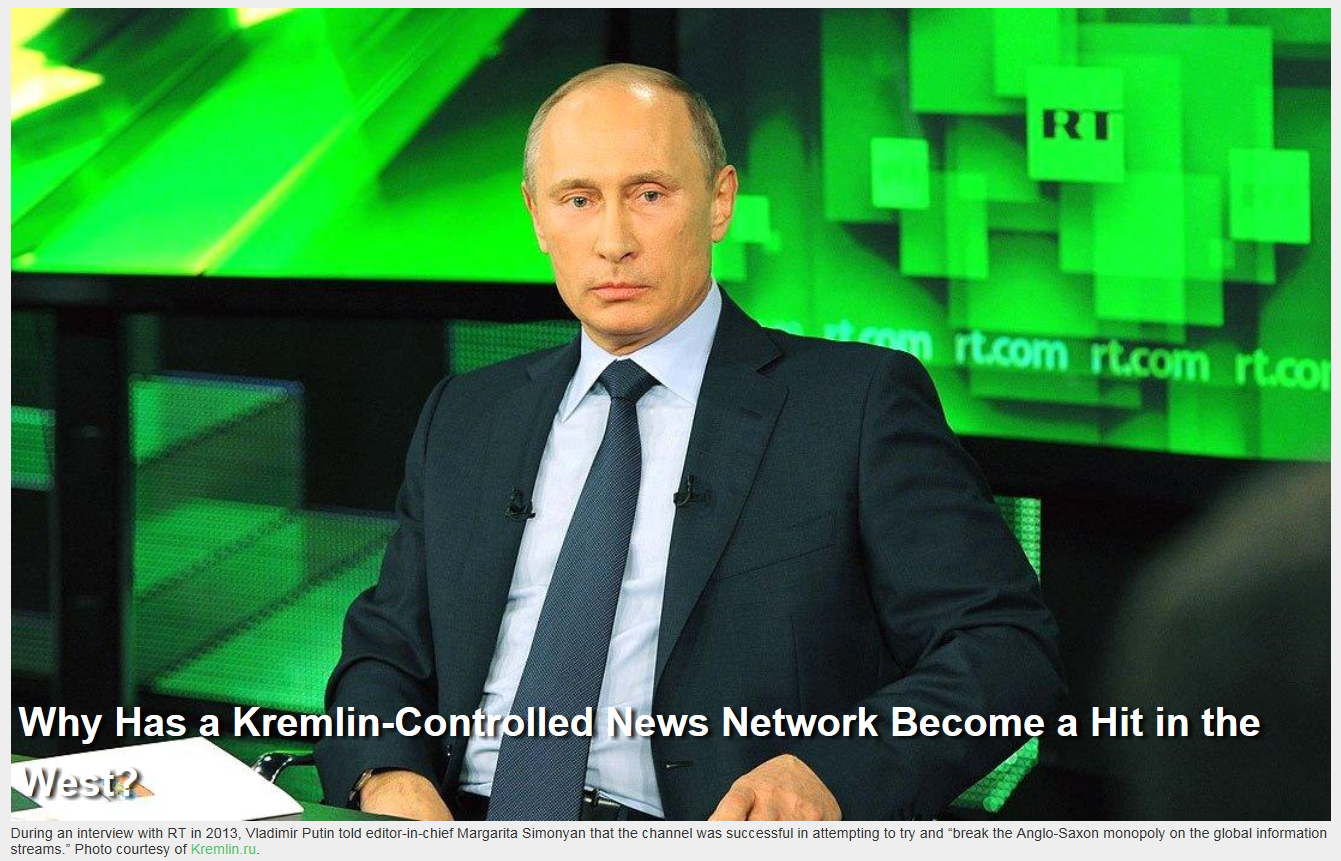 Is Russian state-owned broadcaster Russia Today (RT) a success? Has the Kremlin’s massive investment, now amounting to EUR 270 million annually, in promoting its views via RT paid off?

Recently, the Economist called for not overrating RT’s impact: “RT has a clever way with numbers”, the weekly wrote. “Its ‘audience’ of 550m refers to the number of people who can access its channel, not those who actually watch it. A 2015 survey of the top 94 cable channels in America found that RT did not even make it into the rankings. In Britain last month, it captured just 0.04% of viewers”. According to RT itself, the glass is rather half full. If one googles key words such as “RT, Russia Today, audience, ratings”, the top search results are RT’s own answers to this question: “RT watched by 70mn viewers weekly, half of them daily – Ipsos survey”, RT’s own headline runs.

This week, the independent online outlet Coda Story offered a qualitative analysis of RT’s success that complements the discussions on measuring RT’s impact in numbers. Coda’s investigation collected reactions form RT’s active audience, interviewing them and asking why they appreciate watching the channel. Coda divided the statements from RT’s audience into four “trends”: The first group comes under the headline “RT is honest about lying”. Coda found that “few claimed that RT was objective or broadcast truth”. One interviewee said that he “believes that by definition RT is biased”, but “finds this honesty refreshing”.

Other interlocutors in the target audience referred to strongly sceptical views on the US. “RT does a good job of showing the true face of United States foreign policy,” an interviewee claimed. Another source of RT’s popularity was dissatisfaction with “Western media demonising President Putin”: “Putin is not a monster as our country portrays him”, one said. Finally, Coda found a significant correlation with “fear over the imminent breakout of WWIII” among RT’s audience.

The natural question that arises is whether RT’s audience comes to the channel because it confirms their narratives, or if the audience’s opinions have been shaped by RT. What stands out is RT’s ability to appeal to audiences whose views are defined in negative, rather than in positive terms: People who are sceptical of “mainstream media”, traditionally sceptical of the US and people who are sceptical and fearful of the consequences of the West’s disagreements with Russia. These groups find a platform in RT where their concerns aren’t questioned, but rather nurtured and represented as unproblematic.