How Serbian Sputnik Infiltrated a Disinformation Hub in Bosnia And Herzegovina 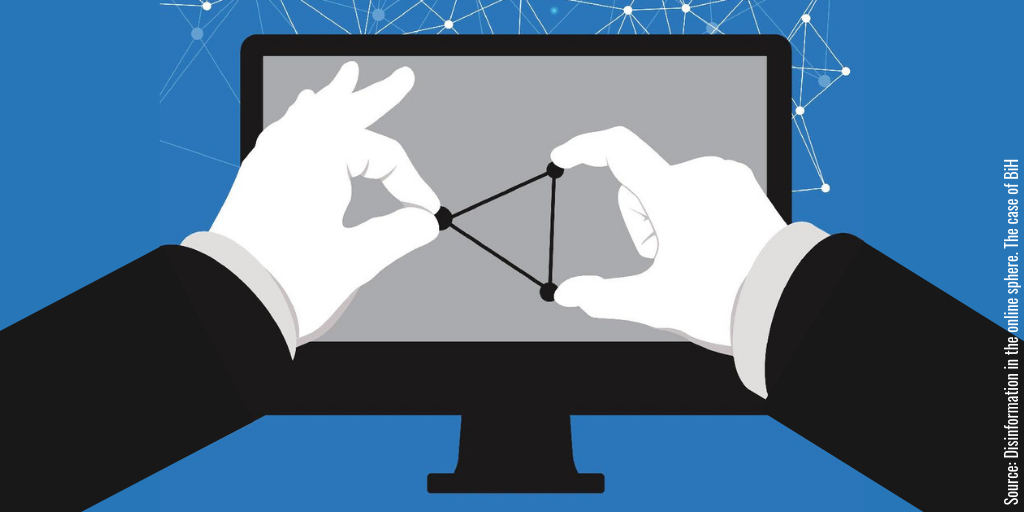 Although most of the sources of political disinformation in Bosnia and Herzegovina (BiH) are local media, a large disinformation hub is formed by an alarmingly high number of media from neighbouring countries, potentially used by foreign political actors. Serbian edition of Sputnik is the only foreign-owned media in this hub. These are the findings of the recently published report “Disinformation in the Online Sphere: The Case of BiH”, prepared by the internationally recognized fact checking platform “Raskrinkavanje”.

Sputnik is the only media with a presence in this hub which is owned by a state actor outside of the region, appearing there through its Serbian-language outlet Sputnik Srbija. The outlet also offers its radio broadcasts in local language to several radio stations from both Serbia and BiH, and has a significant social media following.

Over the course of one year covered by this research, Raskrinkavanje flagged Sputnik 36 times for disinformation published in 16 articles. This, and previous Raskrinkavanje reports, found that Sputnik articles about BiH have a clear editorial bias towards the ruling party in Republika Srpska, the Serb-led entity in Bosnia and Herzegovina. 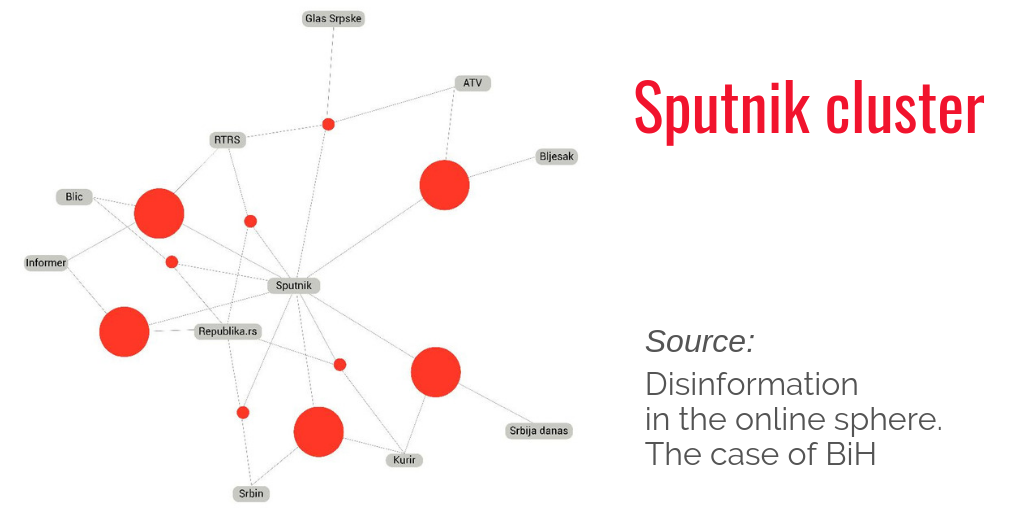 Raskrinkavanje analysis showed Sputnik has de facto acted as [Milorad] Dodik’s campaign outlet prior to 2018 elections. Several EU countries, as well as NATO – with emphasis on the latter – were presented in these narratives as a threat to Serbs, Republika Srpska, or Milorad Dodik in particular, the report found. His opponents were labelled as “puppets” of foreign actors and/or implicated in several conspiracy theories about alleged coup plans or “colour revolutions” planned by EU or NATO states, Raskrinkavanje quotes.

The algorithm analysis further found that Sputnik and RTRS, public broadcaster in the Republika Srpska, appear as the main “connectors” between media in Serbia and media in BIH in this disinformation hub providing additional proof of this media’s influence on local politics. According to the research, Sputnik also plays a prominent role in the shaping of narratives about “West vs. Russia”, which are often amplified by other media appearing in this disinformation hub, both from Serbia and from the Republika Srpska.