How to (Not) Become a Target of Disinformation 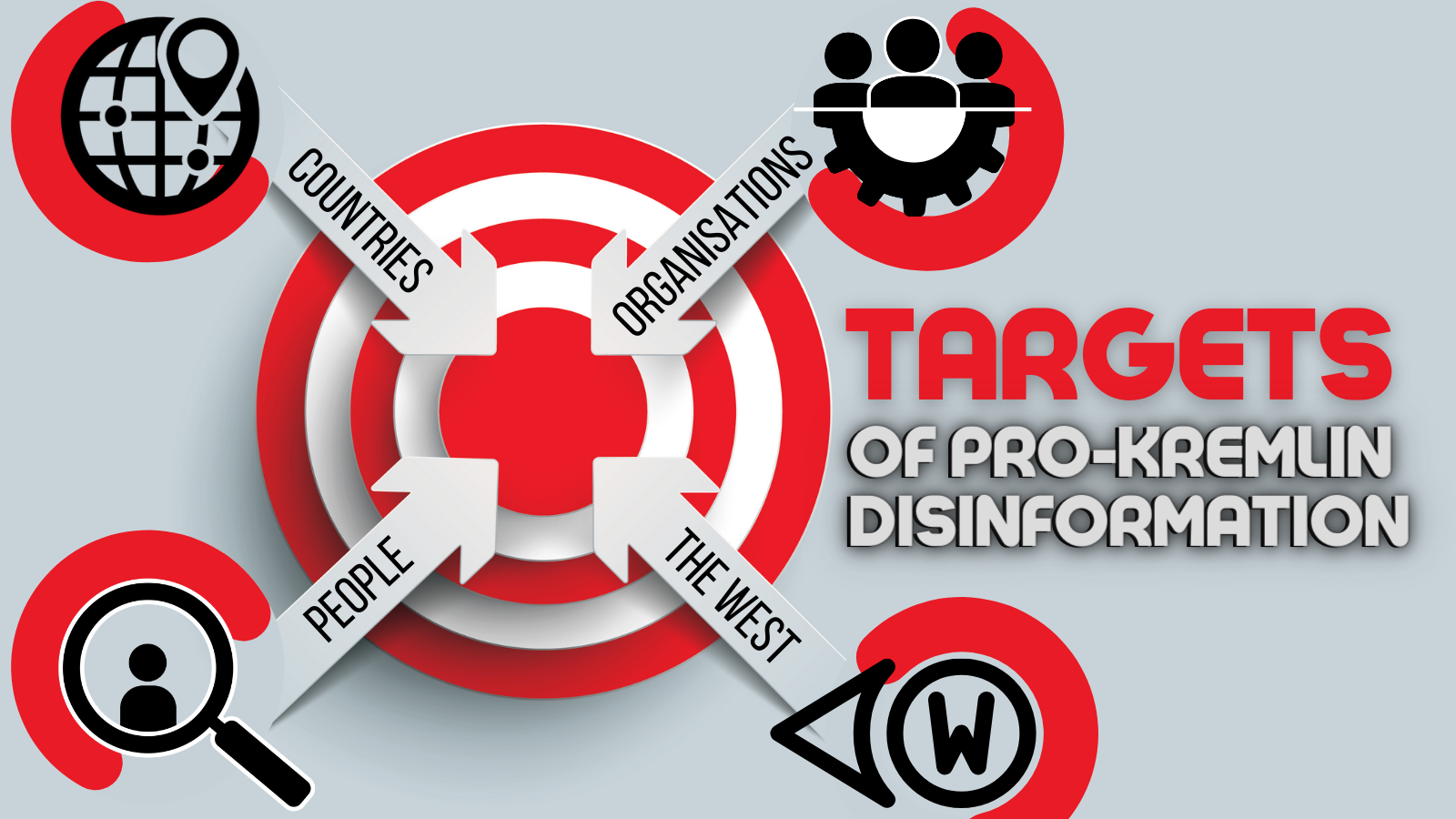 Looking at disinformation examples from pro-Kremlin media this week, a clear hierarchy becomes visible: amongst the targets are many organisations, countries, and people that all share similar values.

Western organisations can be accused in organising seminars on how to destroy Russia or blamed for deceitful behaviour like OPCW. But NATO is on a different level:

By claiming that the enlargement of the Alliance meant NATO’s infrastructure moving closer to “vitally important centres of Russia” and that this “distorts the post-Cold War security situation”, the pro-Kremlin media ignores the existence of multiple sovereign countries that have the right to make their own choices on their national security.

B. The judges of the ECHR are affiliated with Soros

The Kremlin media also claimed that the European Court of Human Rights interferes with Russia’s internal affairs by demanding Alexei Navalny’s release and saying its decision is not based on facts. Figuratively speaking, this is a Chuck Norris-esque roundhouse kick followed by a punch from a secret fist hiding in his beard, but with a disinformation message.

The truth is that the ECHR’s statement is a reminder of Russia’s obligation to observe the provisions of the European Convention of Human Rights, which it voluntarily assumed upon joining the Council of Europe in 1996. Touché.

If improving the situation with human and civil rights violations and repression is not an option, the only option is to spread accusations of unfounded propaganda driven by American and Western geopolitical interests.

Ukraine has been in the crosshairs of Kremlin media for years for its decision to aspire to Euro-Atlantic integration, while Poland and Lithuania are often portrayed as promoters of protests in Belarus and spoilers in the field of energy. All three countries have clearly done something that contradicts the interests of the Kremlin, given that they are frequent targets of the Kremlin’s state controlled-media.

A. Ukraine is an anti-Russian, Russophobic country

If the Kremlin does not like what someone says or does, using the Russophobe label is the easiest attack.

B. Poland and Lithuania are directly supervising the coup in Belarus

If it weren’t for Poland and Lithuania meddling, it would have to be just ordinary Belarusians protesting against the fraudulent presidential elections. And what could be worse than popular protests demanding and – God forbid! – actually getting fair elections?!

C. LNG terminals in Lithuania and Poland are a waste of money

As the terminals broke Russian gas monopoly, improved energy security and reduced prices for energy, they are obviously a nuisance in the eyes of the Kremlin.

As the examples below show, anything can be used against you. Even facts that are invented.

A. Lithuanian ex-president Grybauskaitė faked her own vaccination

This article has a kernel of truth (she was vaccinated) which was turned into a Frankenstein (the syringe had a cover on; it is unknown what was injected; Grybauskaitė tells people how they should live). In reality she was vaccinated with the Pfizer/BioNTech vaccine. And talking to people is sort of the job of presidents anyway.

B. Merkel suffered an attack of Russophobia during the German-Ukrainian economic forum

“Merkel is still trying with all her might to ignore the real state of affairs, which is that Crimea has returned to Russia for good and that Ukraine is entirely to blame for the lack of progress in the implementation of the Minsk agreements on Donbas,” the disinformation article claims. The hard-working collective of EUvsDisinfo sends its best wishes to the Chancellor of Germany and gives a guarantee that suffering such “attacks” is completely in line with international law.

Freeland has Ukrainian roots and has been targeted with disinformation painting her as a Nazi sympathiser because of her grandfather’s presumed activities during WWII.

Looking at the aforementioned categories, it is impossible to miss their common denominator – standing for something the Kremlin does not. To put it mildly: if you don’t approve changing country borders with military force, imprisoning opposition politicians or denying investigation into the use of weapons-grade poison, you have probably been infected with Western Values that might evolve into the “disease” known as liberalism.

Research conducted by Kremlin-hired “doctors” proves that “as a result of liberalism, people in Western societies are hedonistic, immoral, nihilistic and increasingly involved in Satanism.”

If you share these Western values, liberal views or count yourself as fan of rule of law, be aware that this week, pro-Kremlin media was working hard to suggest that:

A. The West was trying to crush Russia, forcing it to surrender economically and geopolitically

Тhese claims appeared after the announcement of new sanctions by the EU for serious human rights violations. The article failed to disclose or discuss the reasons for the sanctions, just labelling them anti-Russian .

B. The West wants to play the role of Human Rights supervisor to distract attention from its problems

“The violations of human rights in Poland, Lithuania, Czechia and many other European countries can be presented for hours,” the article adds, as a classic “No, you are!” manoeuvre.

According to the Kremlin’s media, the “unofficial” Russian opposition is organising protests and civil uprisings that are never manifestations of popular discontent. Instead, they are directed and funded by the West in order to destabilise the target and bring about regime change, the disinformation narrative goes.

As the list above shows, those who dare to have a backbone, adhere to rule of law and democratic values or criticize Russia turn into targets of pro-Kremlin disinformation messages. If you want to be absolutely sure you are not in the focus of pro-Kremlin disinformation, become a cat. In our disinformation cases database there is only one case that mentions a feline and that’s in the context of the Skripal poisoning: the ”dead cat” trick is used by UK to divert attention from problems with Brexit!

But then again, despite looking like innocent purr machines, also known as кошки, even they can pose a threat to perpetrators of disinformation: