On 18 January, a disinformation attack hit European and US diplomats, alongside Russian human rights defenders, in a programme aired by state-controlled NTV. The reporting made systematic use of incorrect and misleading information. NTV conducted covert operations in order to obtain video and audio recordings and exposed named individuals at closed meetings as well as in private, in some cases even in intimate situations. The production, whose overall message was to portray Russian human rights defenders as traitors who help terrorist groups, while being under the control of Western governments, is a typical example of the way media is abused by the Russian authorities to manipulate public opinion.

At an early point in the programme, two Russian human rights defenders are ambushed by a journalist and a cameraman while leaving a foreign embassy building in Moscow. This is then linked to secretly obtained footage, allegedly showing a dinner meeting held between Russian human rights defenders and Western diplomats and politicians. However, NTV fails to produce evidence that these two events are interlinked. Nothing proves that the two events happened at the same day, or that even the topic discussed at the two meetings is in any way the same. 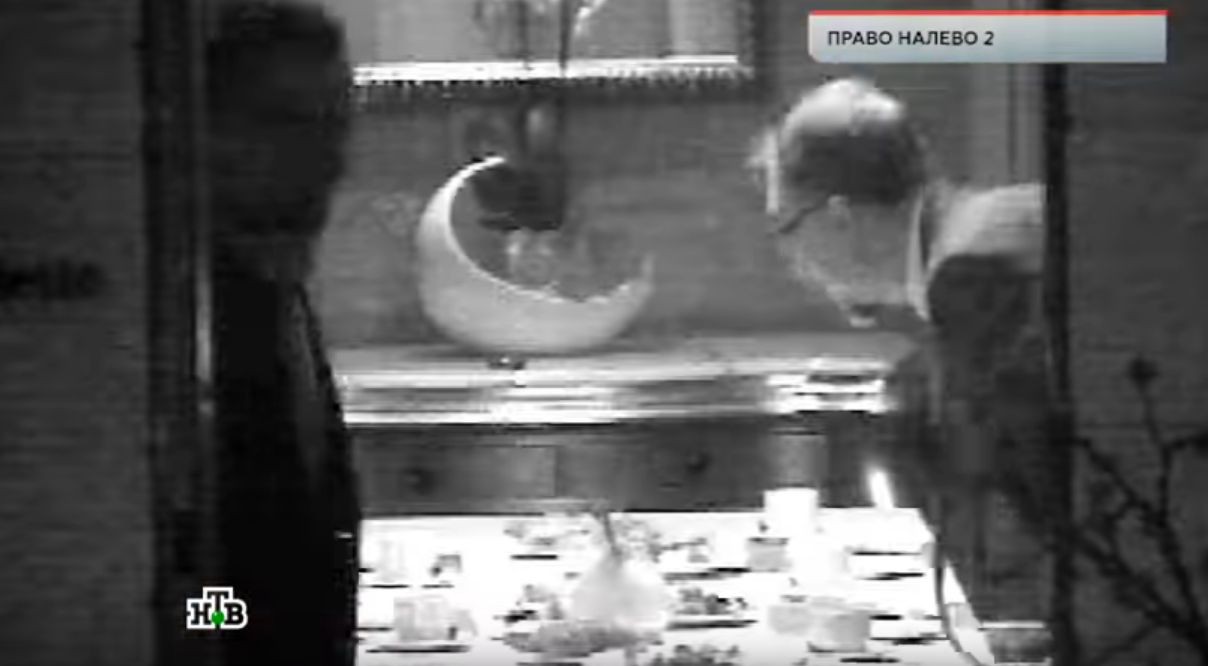 NTV showed secretly obtained recordings of what was presented as a dinner attended by Russian human rights defenders, Western diplomats and politicians.

In another sequence, a named young man from Irkutsk in Siberia is also ambushed by an NTV crew and described as working for foreign powers. He answers that he has not received funding from abroad and only depends on his own money. To prove the young man wrong, documents allegedly proving foreign funding are then shown. However, NTV fails to make it clear if the application, to which it has seemingly had access, was ever accepted and if the young man has actually received funding from the source, where he allegedly applied for funding. 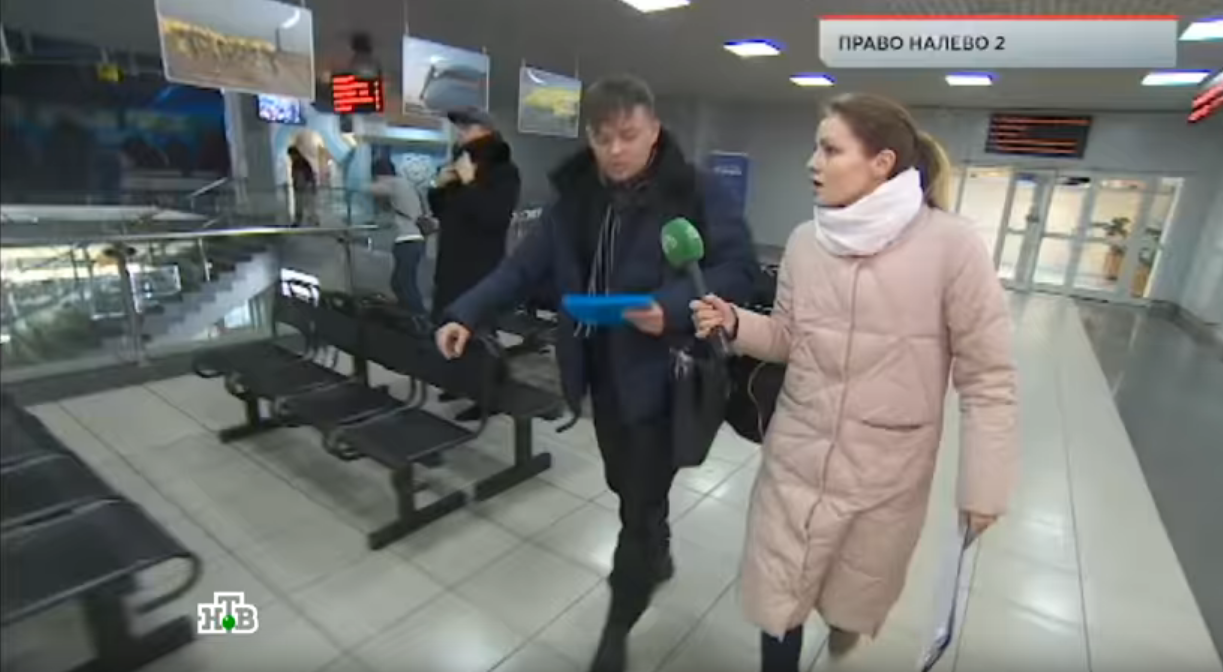 NTV ambushed a young human rights defender from Irkutsk in Siberia and accused him of receiving financial support from abroad.

NTV also highlights the case of a Russian human rights defender who, at the point the programme was broadcast, was charged with producing child pornography. Recordings of diplomats from Western diplomatic representations in Russia, who had come to the human rights defender’s home town to follow what they suspected to be a politically motivated case, are shown with use of covertly obtained video footage. However, NTV fails to mention that at the point of the broadcast, the most recent expert opinion requested by the Russian state prosecutor did not qualify the photos in the human rights defender’s case as child pornography. Indeed, the activist was released from custody on 27 January, shortly after the production was aired, which confirms that the allegations made by NTV were not solid and that the foreign diplomats could indeed have been right in their suspicion of a political motivation behind the charges. 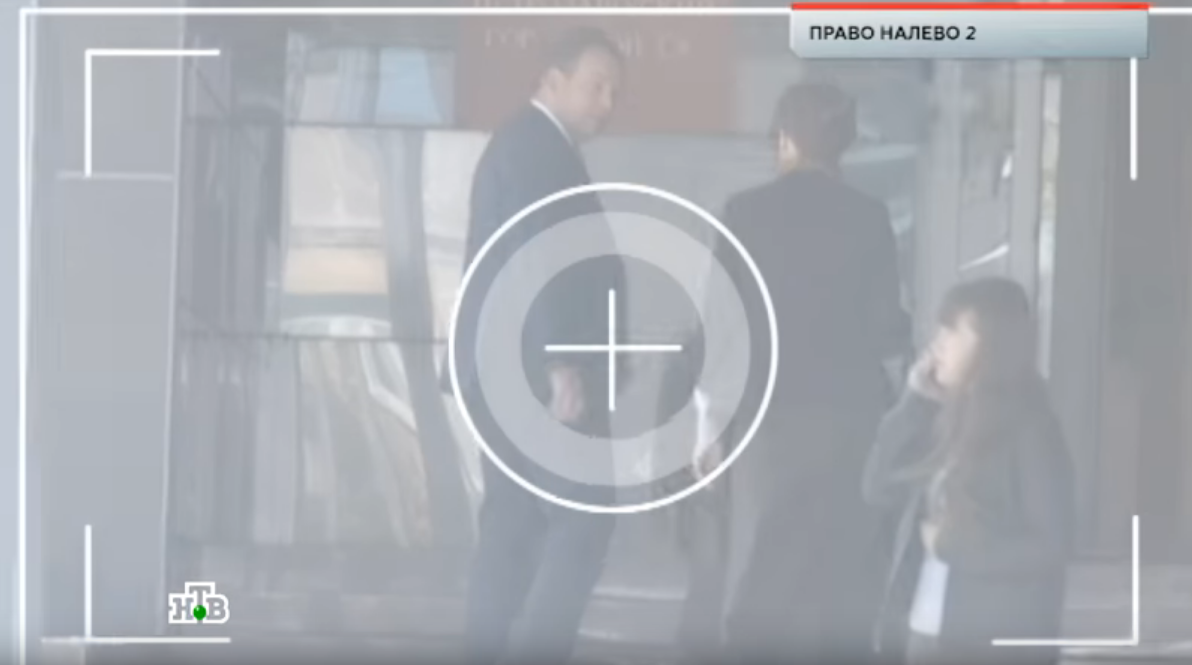 Apparently with the aim to compromise them in the eyes of the Russian public, NTV also included secretly obtained video and audio recordings, allegedly showing two men making love, one of whom is an academic, who has repeatedly spoken on topics relevant to human rights. The broadcast included similar covertly obtained footage of a female human rights defender allegedly making love to a male inmate at a Russian prison during a visit. 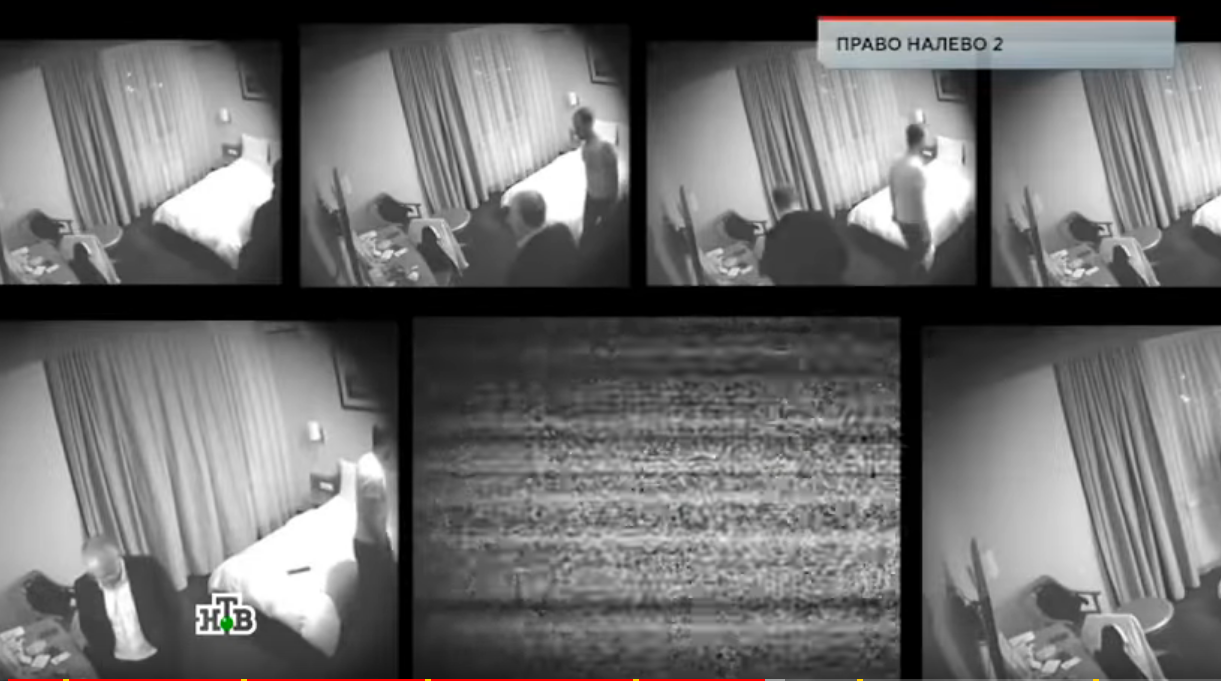 Media attacks on foreign diplomats and NGOs unhindered by the Kremlin

On the top of the above examples of disinformation and lack of journalistic integrity, the commentary surrounding the recordings adds a tone of conspiracy, suspicion and distrust in those who defend human rights, as well as in foreign diplomats who represent their governments in Russia. The practice of using secretly recorded surveillance and disinformation targeting foreign diplomats is not new, and it remains unhindered by the Russian authorities.

It is also noteworthy that the production focused specifically on activists from the important Russian human rights NGO Memorial while being aired just one day after the latest in a wave of attacks on Memorial in the North Caucasus.

NTV is Russia’s third most watched TV channel, and is owned by Gazprom Media, a subsidiary of Gazprom, which is the state-controlled successor to the former Soviet Ministry of Gas Industry, and today a major supplier of gas to the international market, including the EU. In this way, the Kremlin controls NTV via Gazprom, even if NTV is not formally a government outlet.

NTV has built up a problematic reputation for its production of pseudo-documentaries with systematic use of covert recordings, misleading information, and intrusion into closed meetings to throw negative light on Russian civil society, including slander attacks on political activists from the opposition.

NTV has a network of correspondents accredited to report from outside Russia, including, for example, in Brussels at the EU institutions.