If in doubt – blame Germany 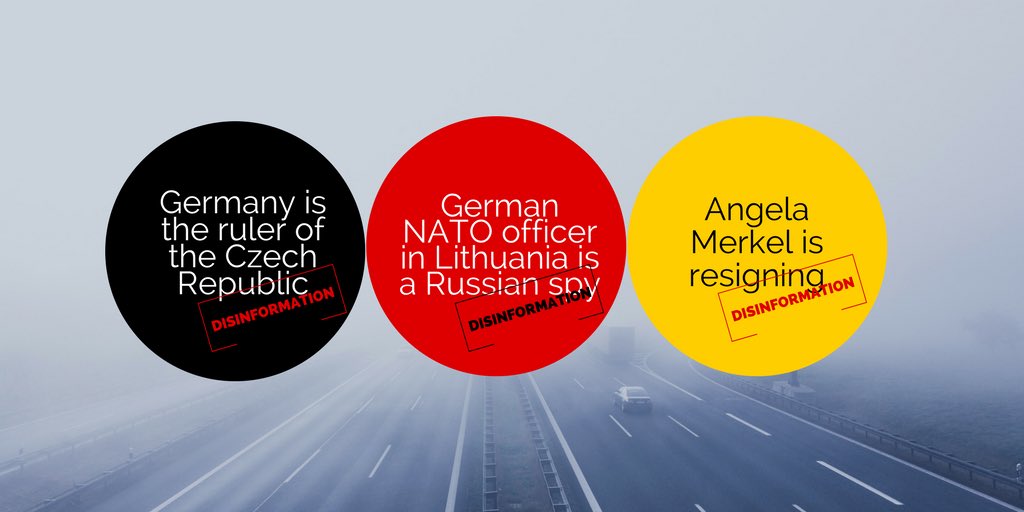 This week, Germany was in the limelight of pro-Kremlin disinformation once again. There were several reports in Czech pro-Kremlin outlets accusing Germany of being the ruler of the Czech Republic and of hindering the country from entering the Eurozone, as well as accusations that Germany controls the Czech Armed Forces.

In a Lithuanian outlet, a German commander in NATO’s Enhanced Forward Presence battalion in Lithuania was accused of being a Russian agent, although the picture meant to prove the false claim was a fake: an image of the commander’s head was pasted onto another image with the help of Photoshop, as shown here and here.

In a Slovakian outlet, it was announced that Angela Merkel is resigning – confusingly the statement was withdrawn later in the very same article, a case of a severely misleading headline. Furthermore, Berlin was accused of aiming to rule the European continent via Brussels, with a Czech outlet making parallels between the Brexit negotiations and the Munich agreement that permitted Germany to annex some Czechoslovakian territories in 1938.

But it was not only Germany that was targeted with disinformation: The European Union, Member States and EU institutions also got their share of accusations this week. Just as last year, when after the horrific terror attacks in Brussels, pro-Kremlin outlets blamed Angela Merkel, the West, Europe – or even claimed the attacks were staged and did not happen at all; So too, after the horrifying attack in London on the 22nd of March, did a pro-Kremlin outlet claim this was orchestrated by the “Brussels elite” in order to deter Theresa May from triggering Brexit.

Meanwhile the European Parliament building in Strasbourg was claimed to have been inspired by the Tower of Babel (although it was really inspired by Roman amphitheatres) and the EU was accused of being a “satanistic project” apparently “proven” by a poster designed by the Council of Europe. This bizarre disinformation has been around since 2008 and reminds us of last year’s disinformation that that the new NATO headquarters building was inspired by Nazi symbols.

On Russian state TV we saw yet another example of historical revisionism where it was claimed that a united Europe leads to war with Russia as during WWII and that Europe started the war in Ukraine – overlooking such historical facts as the Molotov-Ribbentrop pact for example or the more recent facts on the ground; Europe did not start the war in Ukraine and is not participating in it – in contrast to Russia’s activity.

Business as usual in Ukraine

Ukraine was portrayed in the usual way in pro-Kremlin outlets: as a terrorist state which conducts genocide in Donbas and which planned to build concentration camps in eastern Ukraine. A slightly new focus was to portray President Poroshenko as a dictator who does not have legitimate power and to say that the EU agrees with this description but supports him anyway – despite the obvious fact that President Poroshenko was democratically elected by the citizens of Ukraine in 2014.