Information Manipulation in Elections and Referenda: Pro-Kremlin Disinformation in Figures 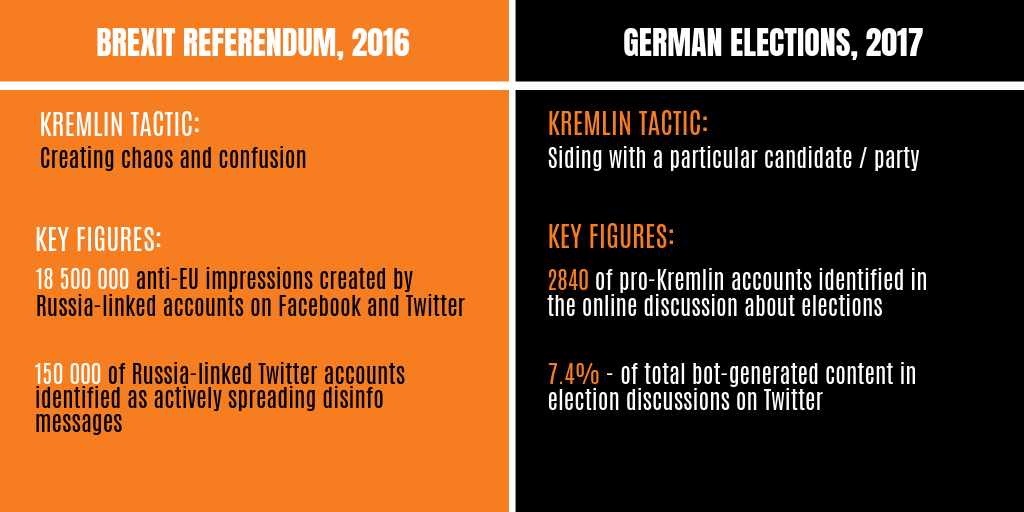 The Kremlin’s electoral meddling has many different forms around the world. In several recent European elections, we have seen a variety of interference tactics, including personal attacks, hack-and-leak operations, false narratives, amplifying sentiments, cyberattacks, and more. Of these methods, information manipulation remains a particularly pervasive tactic. Malign actors prefer techniques of information manipulation as they are effective and not expensive.

As the Kremlin’s tactics evolve, research into their scope and impact is growing. We have collected some figures and data from recent European elections and referenda that illustrate the scope of this threat. 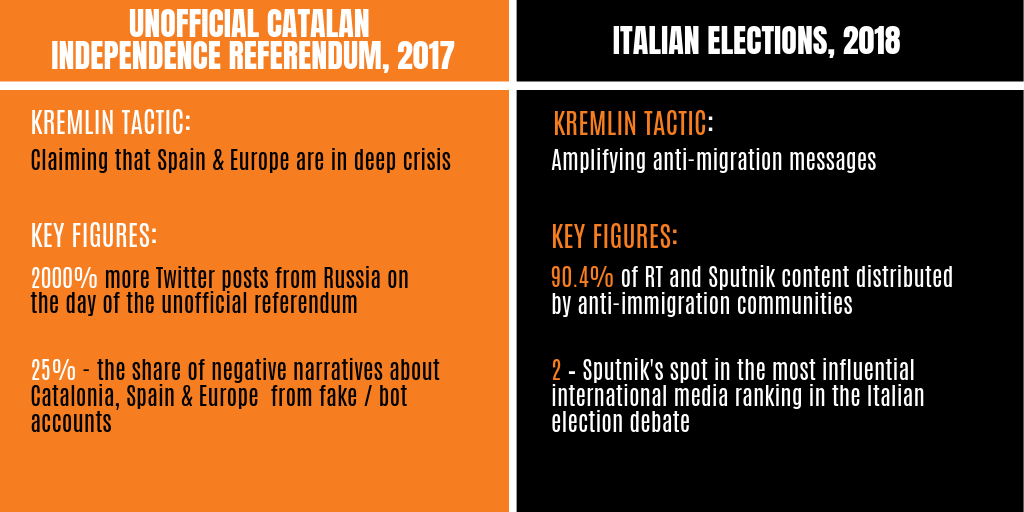 “Putin’s Asymmetric Assault on Democracy in Russia and Europe: Implications for US National Security“. (2018). Minority Staff Report, Committee on Foreign Relations of the United States Senate.

Neudert, L., Kollanyi, B. and Howard, P. (2017). “Junk News and Bots during the German Parliamentary Election: What are German Voters Sharing over Twitter?” Computational Propaganda Research Project, University of Oxford.