Kremlin Humour is No Laughing Matter 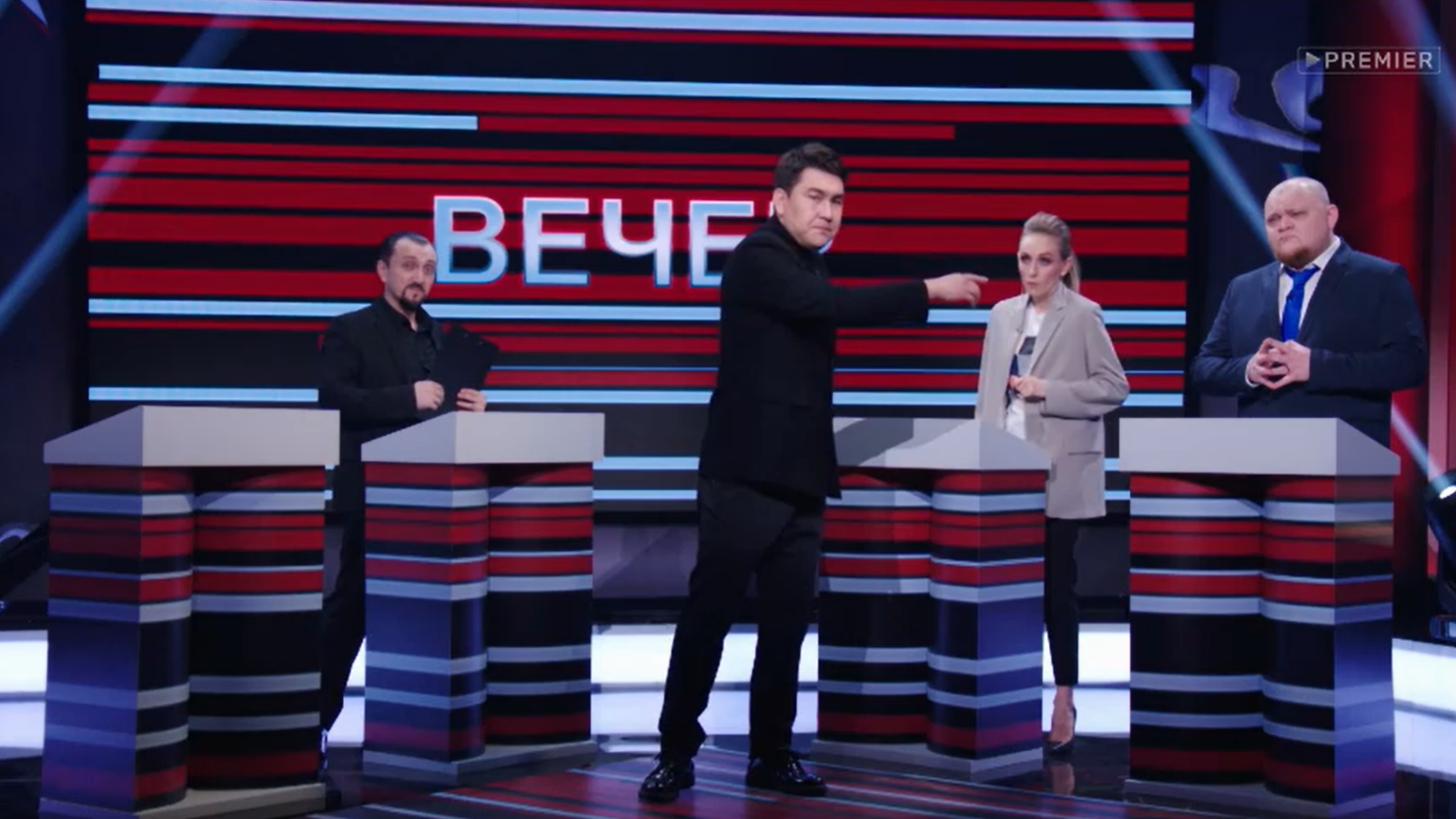 TV Show Taken off Air after Skit on Kremlin Propagandists

”Hahaganda” – propaganda through humour, sarcasm and ridicule – is one of the Kremlin’s fundamental methods of distorting the public discourse and defaming opponents. It is documented virtually anytime the Kremlin is charged with serious accusations, including attempts to take life away as in The Skripal Case or the Navalny Case – all in order to create an impression that there is something funny with the evidence.

The pro-Kremlin outlets are happy to laugh at political violence, not even stopping when hundreds of people subjected to police brutality are laughed at, ridiculed, diminished. Ha, ha.

The pro-Kremlin bullies laugh jovially anytime they hit. A few of the most famous ones are particularly keen on sarcasm – for instance Rossiya 1 TV host Ms Olga Skabeeva:

There is an election in Ukraine. Can anything be more fun than a comedian President? Of course not. A joker without political experience, it is a sign with three fingers that the Ukrainian people are showing the authorities. Election day of April Fool’s Day, the year of the Pig and a comedian is in the lead… Lord, save Ukraine

Ha, ha. Or her colleague, the director of the State Media Holding Rossiya Segodnya, Dmitry Kiselyov, who has built his entire career on a sarcastic tag-line:

A coincidence? I don’t think so.

And we cannot omit Vladimir Solovyov, the man who respects Hitler and admires Mussolini, but still calls everyone else a “fascist”.

There are idiots in every country, but for the first time in history, the idiots have a country of their own. In Ukraine, neo-nazi patrols have started to control shops for servicing in pure Ukrainian and not in pidgin language. They can burst in and create chaos at any Israeli-owned restaurant in Odessa. A special detail: they are wearing Wehrmacht uniforms. This proves that Fascism is alive and well in Ukraine.

A TNT channel TV show, Once upon a Time in Russia, has profiled itself with some not-very-provoking satire: a mock interview with Greta Thunberg, a parody of Navalny. The show’s tag-line is “No rules or authorities, no forbidden topics and no censorship”. And on 21 February 2021, the show contained an innocent skit, targeting the three above-mentioned champions of Kremlin hahaganda, in which all of them compete in expressing their love of Russia. The “Kiselyov” in the skit declares (and sorry for the coarse language):

The “Solovyov” character seconds him:

It is a good thing you’re never thinking. They were thinking over there, on the other side of the Atlantic, and look what happened: half the country is gay; the other are negroes.

After a couple of days, the show was swiftly removed from the site and from the cable services offering the channel. Fragments of the ten-minute skit have survived on Instagram. The Channel has refrained from giving any comments on the censored skit.