Kremlin Not Getting the Joke 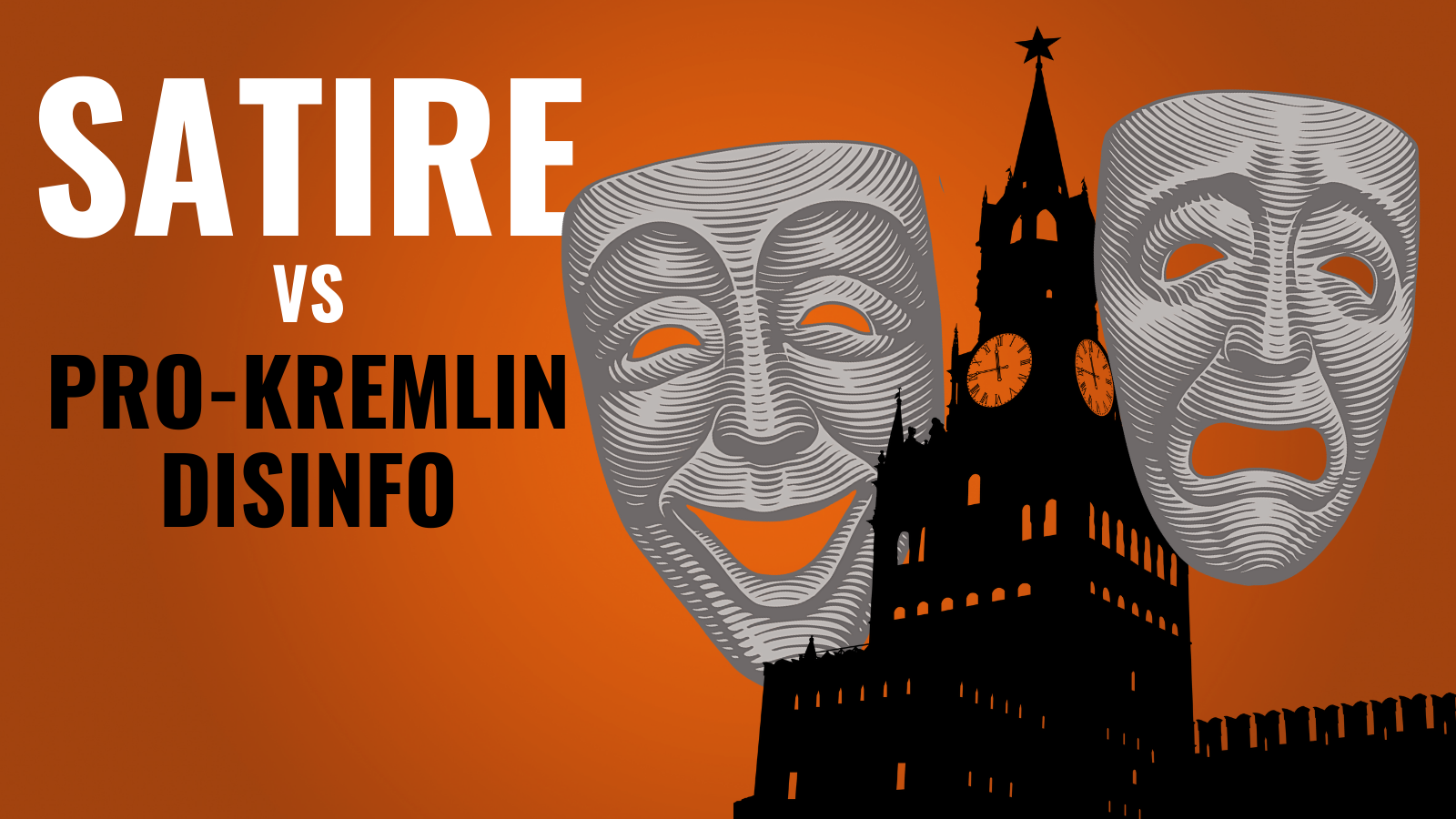 Satire and humour have an obvious place in democratic discourse. The Russian satirical website Panorama has since 2017 successfully poked fun at several features of Russian and international politics. But occasionally, the authorities have failed to get the joke and taken the satire at face value.

Satire site Panorama was founded in 2017, but panorama.pub tells of an intriguing history that goes back much further. It calls itself “the oldest Soviet and Russian news agency”, says it was founded in 1822, nationalised by the Bolsheviks after the Russian revolution, and worked illegally all the way through to 1988.

On its site, it pledges to stay loyal to its 200-year-old traditions, and report on events in Russia and around the world objectively and accurately.

True to form, the history is all a spoof. All we know of Panorama’s past is that it was launched four years ago by two individuals who go by the aliases Boris Gontermakher and Vitaly Mann. In an interview in 2019 they claimed to have seven to ten freelance writers.

Panorama has spoofed its way to exceptional success. Its website attracts up to 100,000 visits a day, and it also runs popular social media accounts – over 60,000 subscribers on Twitter and over 25,000 followers on Telegram.

One recent article claims the prominent Belarusian opposition politician, Sviatlana Tsikhanouskaya, signed a decree selling the Belarusian airline Belavia to Ryanair for the symbolic price of 1 euro as a goodwill gesture, following the forced landing of a Ryanair flight in Belarus this May.

It also reports the news that the electric car company Tesla had to stop production and send thousands of workers on unpaid leave after Belarus stopped supplying it with components.

In 2018, the Russian senator Igor Morozov, interviewed on the radio station Vesti FM, quoted a Panorama news story that the Chinese leader, Xi Jinping, had fired 29 regional governors for laziness. Morozov said this zero-tolerance policy towards bad behaviour in state officials could be a good example for Russia to follow.

This is not the only time a Panorama story has migrated into the mainstream news. The site’s satirical articles have been repeatedly taken at face value by Russian state news agencies and high-ranking officials, who rapidly become objects of ridicule as soon as it becomes apparent they’ve been taken in by stories that are pure fantasy.

On its logo Panorama clearly states it’s a “satirical outlet”, and it also places warnings under its stories that they’re a “grotesque parody of reality”. Despite this, its material has been reposted dozens of times by state media, and its invented “facts” are presented as the truth by high-ranking Russian officials.

In September 2018, Zvezda, a nationwide, state-owned TV network run by the Ministry of Defence, also fell for one of Panorama’s imaginative pranks. It reposted the fake story of a Russian schoolteacher who taught kids the biographies of local crime bosses.

Russia Today has also fallen for Panorama’s made-up stories. On its Telegram channel it carried the news that a former head of the Moscow anti-doping laboratory, Grigory Rodchenkov, had attempted suicide. This “news” was picked up by dozens of media outlets and discussed on the Rossiya 1 political talk show.

The high-profile Russian journalist and pro-Kremlin propagandist, Vladimir Solovyov, has also twice been fooled by Panorama’s satire. The first story concerned Chinese and Americans fighting in Paris over the Soviet Union’s role in World War Two. The second was about the Yeltsin Centre helping protesters in Yekaterinburg. Solovyov then became involved in a heated altercation on Twitter, accusing the humour site of spreading fake news.

Panorama’s influence has extended beyond Russia. In 2018, the Belarussian ONT TV channel proudly announced on its Telegram channel that President Alyaksandr Lukashenka had been nominated for a Nobel prize by a Belarusian scientist, who it transpired was entirely fictitious and invented by Panorama.

On 30 July 2020, Panorama reported that the Polish President, Andrzej Duda, had said the Polish army was ready to take over the Belarusian cities of Brest and Hrodna, as well as the rest of western Belarus. According to Duda’s fictitious statement, Poland was preparing to protect areas that had once been part of the Polish Commonwealth.

Following presidential elections in Belarus in August 2020, a wave of anti-government protests broke out across the country. Panorama’s fantasy statement from the Polish President was seized on by pro-Kremlin media and woven into repeated disinformation narratives about Polish imperial aspirations and the West’s aggressive plans for Belarus.

EUvsDisinfo has documented over 40 disinformation cases, warning of aggressive Polish intentions to create a so-called Fourth Rzeczpospolita (Polish Commonwealth), to take over Minsk, and ultimately to colonise the whole of Belarus, along with Ukraine.

President Duda’s fictional statement took on a life of its own over the days and weeks to come. It was picked up by Nezavisimaya Gazeta, and Zvezda Weekly, Fond Strategicheskoy Kultury, Eurasia.expert followed, along with other pro-Kremlin websites. They either quoted Nezavisimaya Gazeta, or left out the source of the statement altogether. Duda’s “statement” also appeared in Teleskop, which alleged “Anglo-Saxons controlled Poland”.

Over time, journalists and officials have learnt from other people’s mistakes – and their own – and now know what Panorama is, and what it isn’t. It’s entirely possible the pro-Kremlin disinformation network has also learnt from the Panorama experience that satire has its uses, by presenting convenient fakes as real news at the right time.

Panorama can be seen as something post-ironic, when something absurd is taken seriously. Many people who believe pro-Kremlin propaganda will have taken President Duda’s statement at face value, especially as it appeared on websites that didn’t have that helpful “satirical outlet” printed on their logos, as Panorama does.

EUvsDisinfo includes several cases where Russian state media have used images from video games as “proof” of military action in Syria and the South Caucasus. Are the examples above honest mistakes or deliberate attempts to fool the audience? There are more than 12,000 cases of disinformation in the EUvsDisinfo database on disinformation. Facts are peripheral in the pro-Kremlin disinformation efforts, and checking a “good story” is irrelevant. 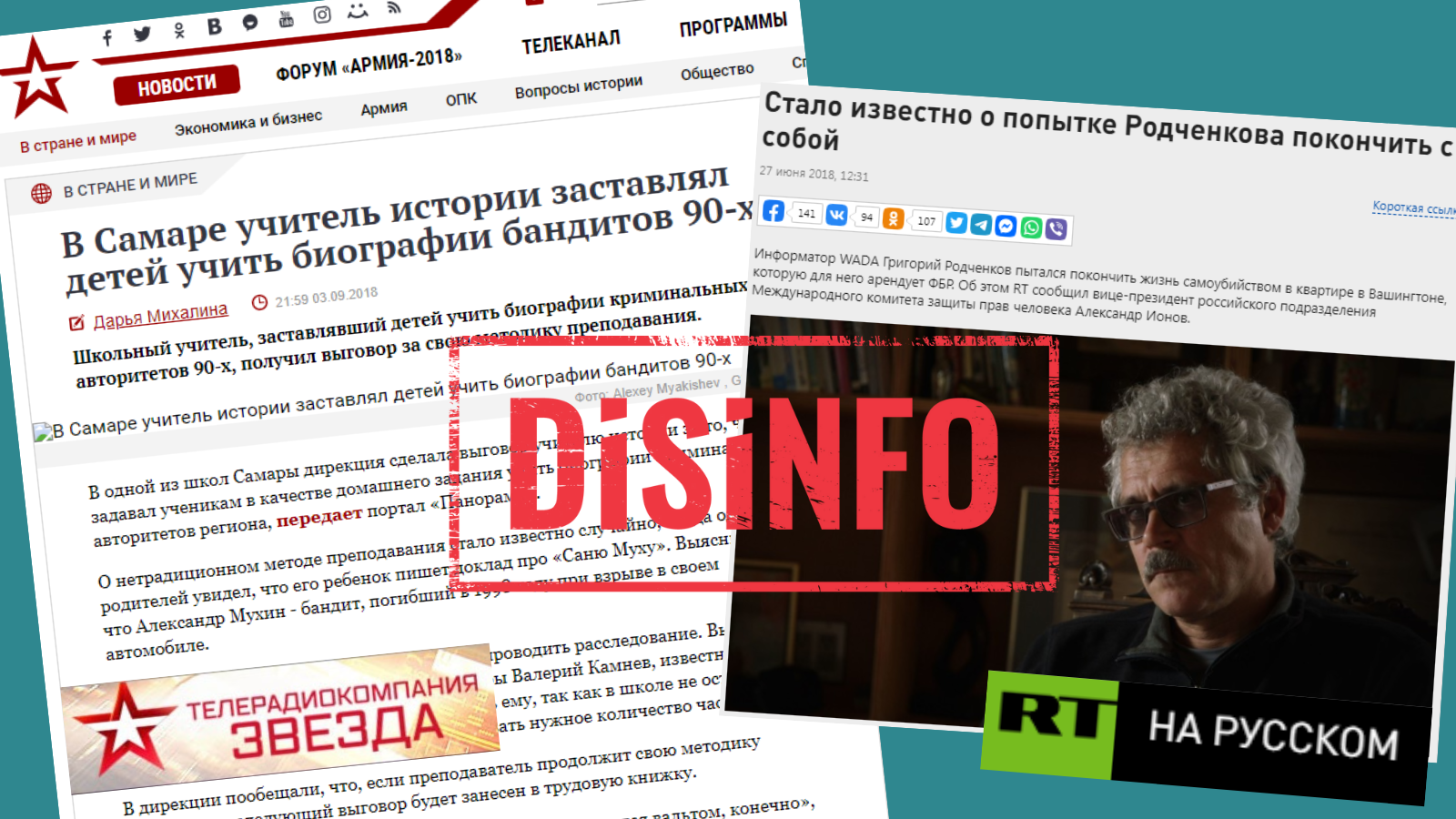