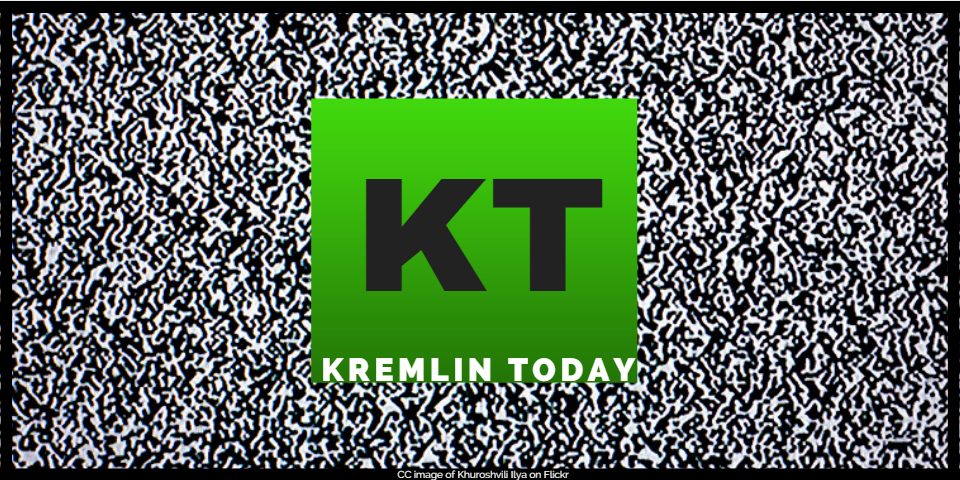 RT – also known as Russia Today – is an international TV channel and online outlet, which is fully funded by the Russian government. It’s available via cable and satellite connections around the globe, with streaming on the web and on Youtube in English, Spanish, French, Arabic and Russian, in addition to multiple subsidiary projects such as Ruptly and In the Now. RT is, for many people outside Russia, the only direct experience with a Russian media outlet they have ever had.

The story about RT is that of a government outlet struggling to prove it is not a government mouthpiece. Thanks to generous funding from the Russian state, (around 300 million USD annually) RT presents a dynamic output with state-of-the art production standards. This makes it look very much like a high quality media outlet, and that in turn makes some audiences assume that RT has the kind of independence we by default expect trustworthy media to have.

But there’s a problem: We will never see Russia Today criticising the Russian authorities. Subject as it is to the centralised temniki system, RT closely observes the editorial guidelines that originate in the Kremlin. RT will go very far in validating the Kremlin’s line, often inviting marginal and unqualified commentators to help it do so. Among its recent projects, a fact checking service named FakeCheck stands out as an act of classical “whataboutism”, averting accusations of disinforming by making the claim that it is the other media that produce disinformation, and not RT.

Initiatives like this won’t make the basic problem go away: in terms of editorial lines, RT is a de facto office of the Russian government. To obscure that problem, Russia Today began to call itself RT in 2009, four years after it first started broadcasting. The message was clear: it wanted to move to cover global as well as Russian affairs and obtain a global profile beyond just representing “the Russian perspective”. And yet the decision was paradoxical: The name change did not correlate with any change in RT’s observance of the Russian government’s political lines.

RT’s strategic ambition is to insist on becoming one side in a bipolar system with the main stream on one side, and RT as a flagship of alternative news media on the other side. RT strives to elevate “the Russian perspective” to becoming more than just another point of view, but a point around which global voices can rally if they feel in opposition to “the main stream”.

As therapists know, it is the issues the client fails to mention, and especially those issues the client insists on not talking about at all, that ought to be addressed most. The wish not to have its origin in Russia mentioned in the brand becomes the way in which RT indirectly admits that the relation to the Russian government is its problem: While RT struggles to position itself as a channel that will “question more”, as one of RT’s slogans says, questioning the Russian authorities, their policies and their actions, is a right RT simply does not have.

If you are Russian, but don’t agree with the authorities, you might find it problematic that your country and the nation you are a part of becomes associated with a one-sided government mouthpiece hybrid media outlet. Readers of the Disinformation Review will note that the term used is “pro-Kremlin” and not “Russian” disinformation, for exactly that reason. There is nothing essentially Russian about the Kremlin’s ongoing disinformation campaign, and there is no reason to identify it with the Russian nation or with being Russian. Perhaps it would make sense for RT to call itself Kremlin Today? As therapists will also know, sometimes the most straightforward way of solving your problem is to be open about who you really are.