Let's Give in to the Kremlin Psychic Warriors 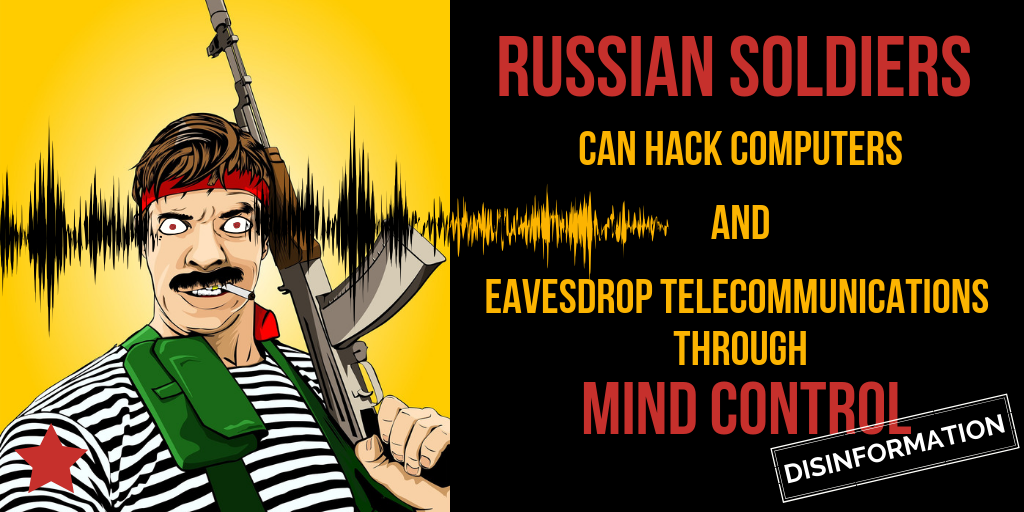 Sometimes you realise it’s time to pack up and go home. Why attempt to counter pro-Kremlin disinformation and malign influence when Russia now openly declares a capacity to hack computers and eavesdrop on secure telecommunications through mind control? Colonel Nikolay Poroskov explains it all in the February issue (we also thought it was the 1 April issue, but no) of the Russian Armed Forces monthly journal for research and discussion, the Armeyskiy Sbornik. The Soviet military developed the concept of “metacontact” in the mid 80’s and it has since been successfully used in combat in Chechnya:

Anyone mastering the means of metacontact can, for instance, perform a non-verbal interrogation. He sees right through the Prisoner of War: what kind of person he is, what his strong and weak points are, would he be susceptible for recruiting. The accuracy of such an interrogation is 100 percent. It is impossible to hide.

Colonel Poroskov describes how the method was fine-tuned on dolphins, which eventually yielded to the willpower of the Russian soldiers. But the ambitions went further than taming glorified fish:

But the technology proved applicable also on humans, and even on machines. With the willpower it is possible to, for instance, hack computer programmes, burn crystals in generators, eavesdrop or jam radio signals or telecommunications.

Experiments demonstrated successfully the possibility to read documents in locked safes, even in foreign languages we don’t know. It was possible to identify members of terror groups and discover whoever was considering joining a terrorist organisation.

So here we are, facing a Russia that can read minds and hack, for instance, elections, using super-secret parapsychic superpowers? Psycho-Warriors of the Kremlin! Is this what the Kremlin aide Vladislav Surkov was referring to, when he wrote that “Russia is interfering with the West’s minds”? Be afraid, be very afraid! 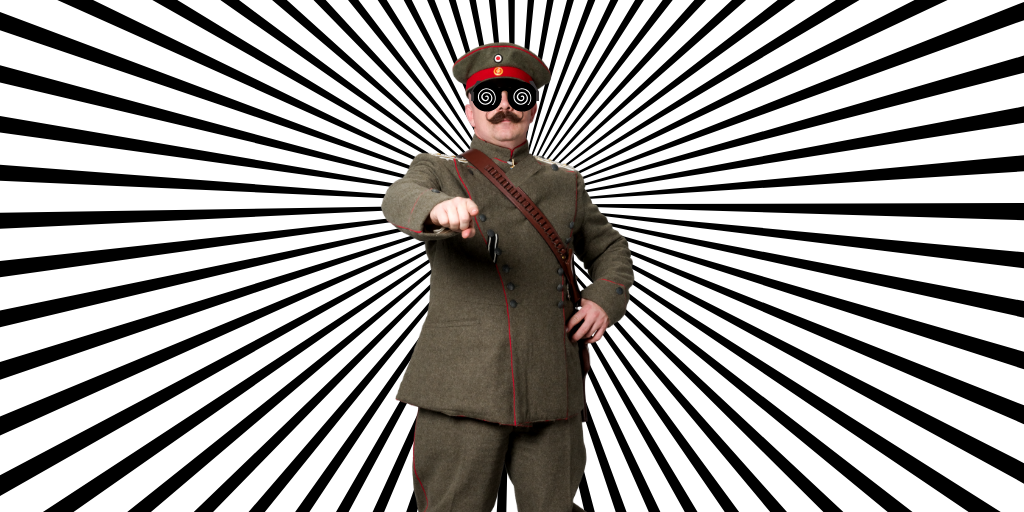 Well, Col. Poroskov’s article is a laughing stock in Russia at the moment. The article was published in February without making much noise. Only in early April – not 1st April, though – did the RBC news site publish excerpts, forcing Russia officially to declare the good Colonel’s essay as “fake science”, or using the scientific terms of the spokesperson of the Russian Academy of Science: “Chepukha” – a word, according to the dictionaries, equivalent to the English flap-doodle, codswallop, baloney, fiddlesticks, nonsense.

Russia’s Armed Forces have initiated an investigation into Poroskov’s article. Even the Armeyskij Sbornik editor-in-chief disavows the article and emphasises that this is not official policy of the Russian Armed Forces. Well, that didn’t stop him from letting the good Colonel continue ranting about Wars of the Future in an ambitious and poorly researched series. The quotes above are all from the second part of a series of articles. In the third, we learn about US capacity to manipulate the climate. The first part of the series is devoted to non-lethal weapons. Col. Poroskov emphasises that the US since the 50’s has performed experiments with meteorological weapons with disastrous results:

We can see that Col. Poroskov feeds almost all possible conspiracy theories: Transnational corporations are using vaccines to reduce the population; plague was spread through the poisoning of wells; the US is experimenting with microwave weapons in the ionosphere, capable of producing lethal plasmoid lightning that can strike anywhere on the planet.

Suddenly it’s not fun any more. Children are dying because of anti-vaccine disinformation. Chemtrail conspiracy is not a laughing matter. The myth about plague spreading through poisoned wells has deep anti-Semitic roots.

Colonel Poroskov’s series of articles will continue – at least, the latest series contains a promise of continuation. And Colonel, Sir, we’re really looking forward to number four next month. We hope you can elaborate a little more about how Russia is developing Witch Craft for defensive capacity!