Living on a Lie 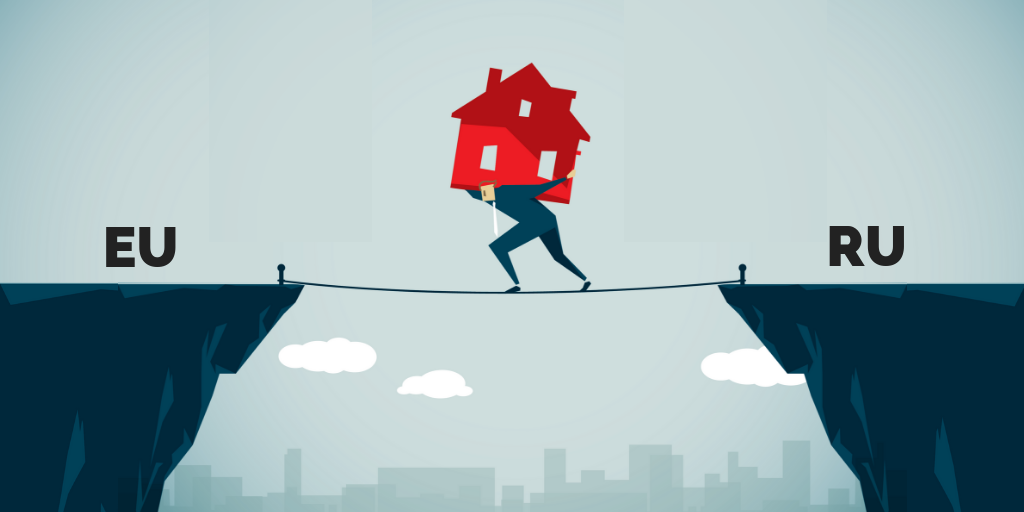 Say one thing but do the opposite; the hypocrite is one of the most classical characters in comedy.

Imagine, for example, how awkward and funny it would look if a Kremlin state TV propagandist made a living out of denigrating European countries as morally degrading and hostile to Russians, but at the same time owned property in a European country, travelled there with his family for leisure and perhaps even held an undisclosed European citizenship.

This is precisely what happened to Sergei Brilyov, the famous host of a weekly current affairs programme on Rossiya 1 TV where he also holds the job as deputy director and has the privilege of interviewing President Putin, prime minister Medvedev and other top figures.

Click to watch the video and switch on English subtitles.

However, things didn’t get better for the couple when TV Rain, an independent Russian broadcaster, hired a London-based freelance journalist who went to see the apartment and talk to neighbours – only to run into Mr and Mrs Brilyov in person. They decided to pay the free-lancer off with 250 pounds in exchange for not sharing her video recording with the TV channel – at least this is what she said in a correspondence, which TV Rain later made public. The journalist later withdrew her statement about having met Mr and Mrs Brilyov in London.

On 27 November, five days after the publication of Mr Navalny’s investigation, Mr Brilyov finally confirmed owning the London apartment and that he is indeed a British citizen is correct. He also underlined that the claim that he had met and paid off TV Rain’s stringer had not been correct.

Earlier another famous state TV propagandist, Vladimir Solovyov, who also has his own show on Rossiya 1 TV, was subject to an investigation by Mr Navalny’s anti-corruption team, which disclosed his ownership of an Italian villa.

Click to watch the video and switch on English subtitles.

All the Brilyovs and Solovyovs of Russian state propaganda remember very well how one of their most famous colleagues, Dmitry Kiselyov, was banned from travelling to the EU, holding accounts or owning property there because of his role as a “central figure of the government propaganda supporting the deployment of Russian forces in Ukraine“.

As an example of anti-European disinformation on Sergei Brilyov’s TV programme, see the reference in our database to a case from June when his viewers were informed that the EU finances the construction of “concentration camps” for refugees.