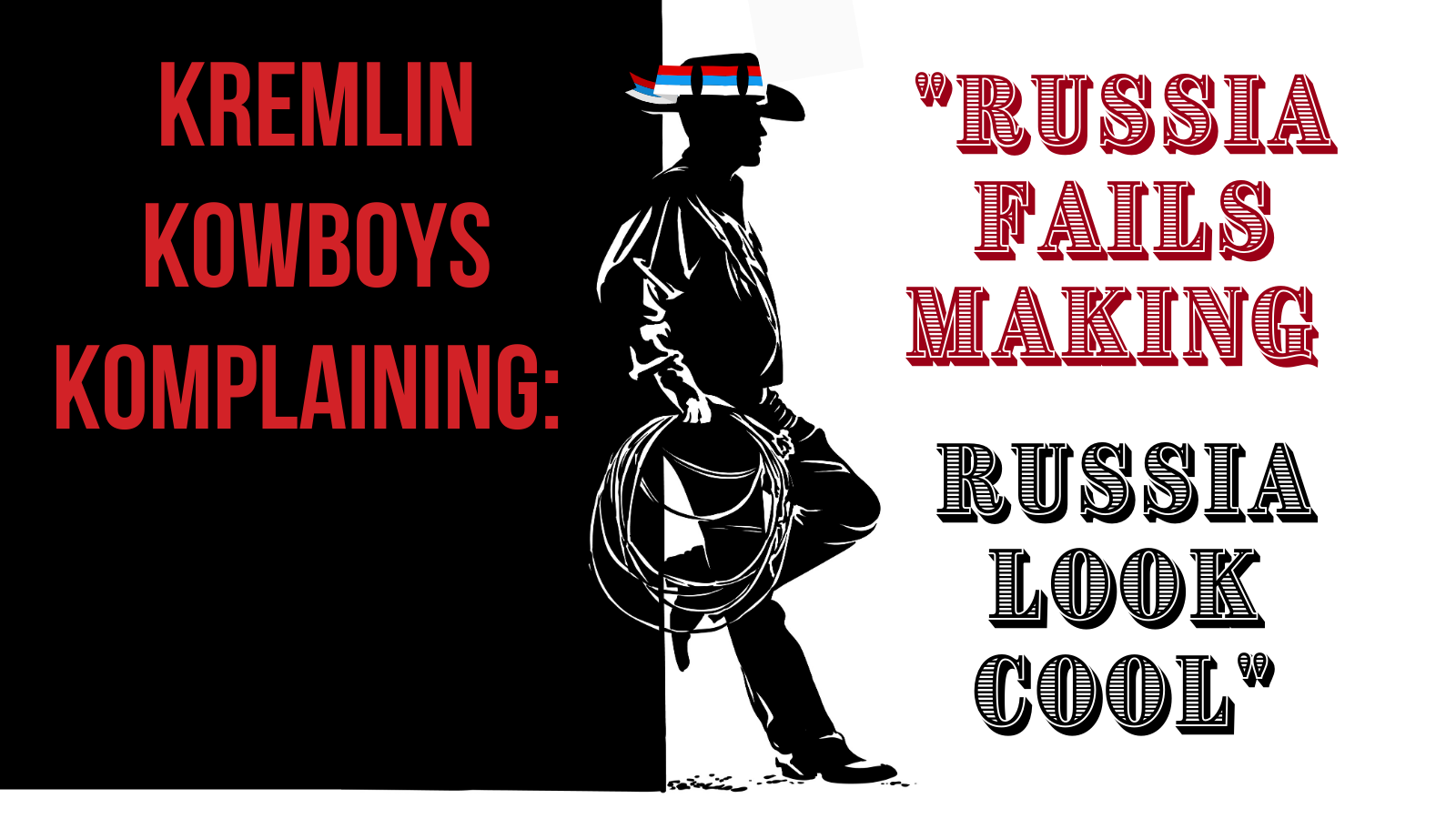 Outlets, offering content in English and hiding their connections to Moscow, are an important segment of the pro-Kremlin disinformation ecosystem. EUvsDisinfo has written about South Front, the Strategic Culture Foundation and the Journal of New Eastern Outlook. In some cases those outlets function as “information laundering” mechanisms, making it easier for an international audience to stomach pro-Kremlin disinformation. In other cases, they function as piggy banks for various fringe activists: anti-Semitists, anti-vaxxers, anti-western Westerners…

The Kremlin happily supports activists abroad, giving platform to xenophobia, homophobia, fascism or conspiracy theories. An entire Community of Collapse has developed, Kremlin Cowboys, fed by the Kremlin, permanently hungry and impatiently demanding more and more and even expressing discontent with their masters.

In a recent column on the Moscow-based Strategic Culture Foundation, an American contributor expresses despair: Russian’s do not understand the driving forces behind anti-Russian sentiment in Eastern Europe:

Russians themselves do not seem to understand that besides economic, cultural and historical interests, human beings often make decisions based on feelings and unknown irrational motivations floating around in our heads. When you get the chance to talk to Russians, pundits, politicians and thinkers it becomes quite clear that virtually none of them are aware of what was written above, which leads to bad decision making. False assumptions = failing results.

Luckily, Russia has Americans to explain stuff for them to understand how not to fail.

In a sense, much of the political happenings in the former Soviet Republics are all just a big popularity contest that Russia loses, mostly due to not being aware that the contest is going on at all let alone preparing as best they can to win it.

The Yolk of the Empire

The American contributors of the Strategic Culture Foundation assume that mobilising all the can-do-gung-ho-cowboy-attitude of Real Americans is what Russia needs to develop soft power, just like the Americans. Yippie-kay-yay!

Inside pro-Russian politics the participants see themselves in a battle against the degradation of the culturally masochistic West, trying to break free from the “yolk” of the world’s greatest empire (for the second time) while staring at a golden cross in the sky. But there are no movies or video games to support this vision. The most exciting ideas that could make Russia look “cool” remain hidden in academic discussions and Zoom conferences with dismal audio quality.

(Should it not be “yoke” here instead of “yolk”? Or is the author referring to the proverbial omelette, that cannot be made without breaking eggs? Never mind.)

How can you make Estonia and Lithuania love you if you have not developed video games showing the Kremlin saving Belarus, Armenia or Moldova from independence, sovereignty and prosperity? Liberating Latvia from liberty? Where are the movies to make authoritarianism, political violence and election meddling look cool?

“Soft Power” is a concept, coined in the 90’s by US scholar Joseph Nye, to describe non-military means of influence: attracting instead of coercing. The video games and movies, suggested by the Strategic Culture Foundation’s columnist, are instruments of soft power.

The Soft Power of God

Not that the concept is unknown to the Kremlin. One might actually say that Russian politicians, pundits and decision-makers are profoundly fascinated with “soft power”. In February 2020, pro-Kremlin news outlets proudly demonstrated that Russia was among the ”top ten” in the world when it comes to soft power. The Kremlin-sponsored security policy think-tank RISS has a large number of publications devoted to the subject and angrily denounces any ideas of the cowboy approach to soft power, suggested by anti-American Americans.

Can this instrument, “Soft Power”, be used in Russian foreign policy? We have to ask ourselves, why should Russia use it? And what should Russia do? Write a new tune like Kalinka? Or launch an information campaign that kvass is better than Coca-Cola?

Russia has already done all that needs to be done: with her history, with her life with God.

It’s hard to beat God as an instrument of soft power. And why mess with the immortal Kalinka, a nation-branding song? Still, Russian state-sponsored lifestyle magazine Russia Beyond has mobilised a counter strike to maintain Russia’s kvass superiority, as Belgian brewers are attempting to appropriate the kvass.

The Kremlin will hardly heed to anti-western Westerners’ laments about Russia, failing to understand the Kremlin Kowboy’s concept of “cool”. The Community of Collapse is useful, only as long as it suits the Kremlin.