Masha and the Bear’s Service 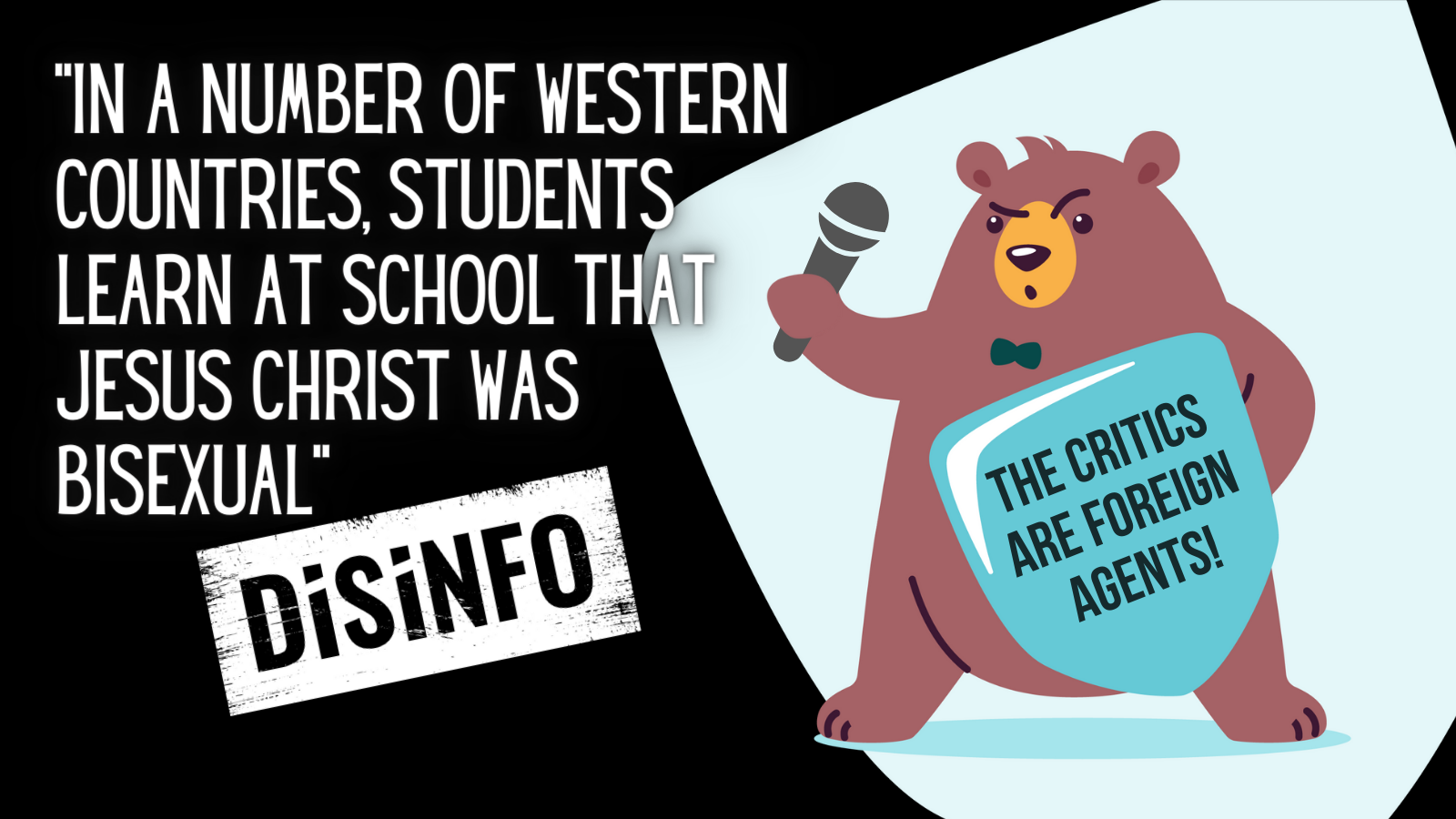 There is a famous fable, known in Western Europe mainly in Jean de la Fontaine’s French version from the 17th century: The Bear and the Gardener. A bear befriends a lonely gardener and attempts to kill a fly on the sleeping man, as a result killing him. The fable has coined expressions in several languages, describing well-meant actions with unfortunate consequences. In French: le pavé de l’ours; in German: ein Bärendienst; in Polish, niedżwiedzia przysługa – and in Russian, Медвежья услуга – “a bear’s service”.

The fable comes to mind when witnessing Russian Foreign Ministry Spokesperson Maria Zakharova’s attempt to defend her boss Sergei Lavrov, after his strange (and false) claim that “some schools in the West teach that Jesus Christ was bisexual”.

Sergei Lavrov published a voluminous article on Russia’s Foreign Policy, principles, visions and ambitions last week. Everything in the 4000+ word all-serious article, elaborating on Russia’s work in the United Nations, on “multipolarity” and “anti-imperialism”, was overshadowed by a single sentence:

In a number of Western countries, students learn in school that Jesus Christ was bisexual.

TikTok as a Source

Russian independent media have established that Lavrov’s claim is likely to have stemmed from a TikTok video and the Russian Foreign Minister has chosen not to elaborate on his claims since then, keeping quiet to avoid commenting on the gaffe.

While it seems that Sergei Lavrov might have hoped that the issue would blow over, Ministry Spokesperson Maria Zakharova made an enthusiastic entrance, similar to the bear in the fable. She published a fierce defence of Lavrov on her personal Telegram channel, accusing critics of being “foreign agents”:

I want to enjoy the moment and allow everyone to finish. Now, esteemed consumers of Western grants and producers of information junk. Are you done laughing? Now it’s my turn. So: drum roll:

In reality, the claim did not stem from a “TikTok video”, but from publications in Western media. Look at this example: The Christian portal “Christian Today”. Its newsroom is in London and they have a bureau in New York. It has 3 million unique visitors monthly.

Christian Today publishes an article about how the Scottish Teachers’ Union prepares a play in which Jesus is presented as transgender.

So here we are – foreign agents in action, calling the truth a lie, using false arguments.

So now a question to all those who spread the fakes, especially to the editors: are you going to apologise and correct your lies? Or will you do as always?

Remember, even if money does not smell, intellectual decay stinks.

Similar to the bear in the fable, Ms Zakharova provided Lavrov with a “bear’s service”, actually proving that all parts of the Lavrov statement were false. The source, provided by Zakharova, mentions a play, but no teaching; the article mentions Scotland – not in a number of Western countries. The article Maria Zakharova has dug up does not even mention the word “bisexual” – this part is entirely Lavrov’s fantasy.

The EUvsDisinfo database on disinformation contains over 160 cases attacking the LGBTI+ community and attempts to describe Russia as a “bulwark of traditional values”. The Russian Minister of Foreign Affairs feeds into a narrative, in line with a pro-Kremlin homophobic campaign, that coincides with the International Pride week.