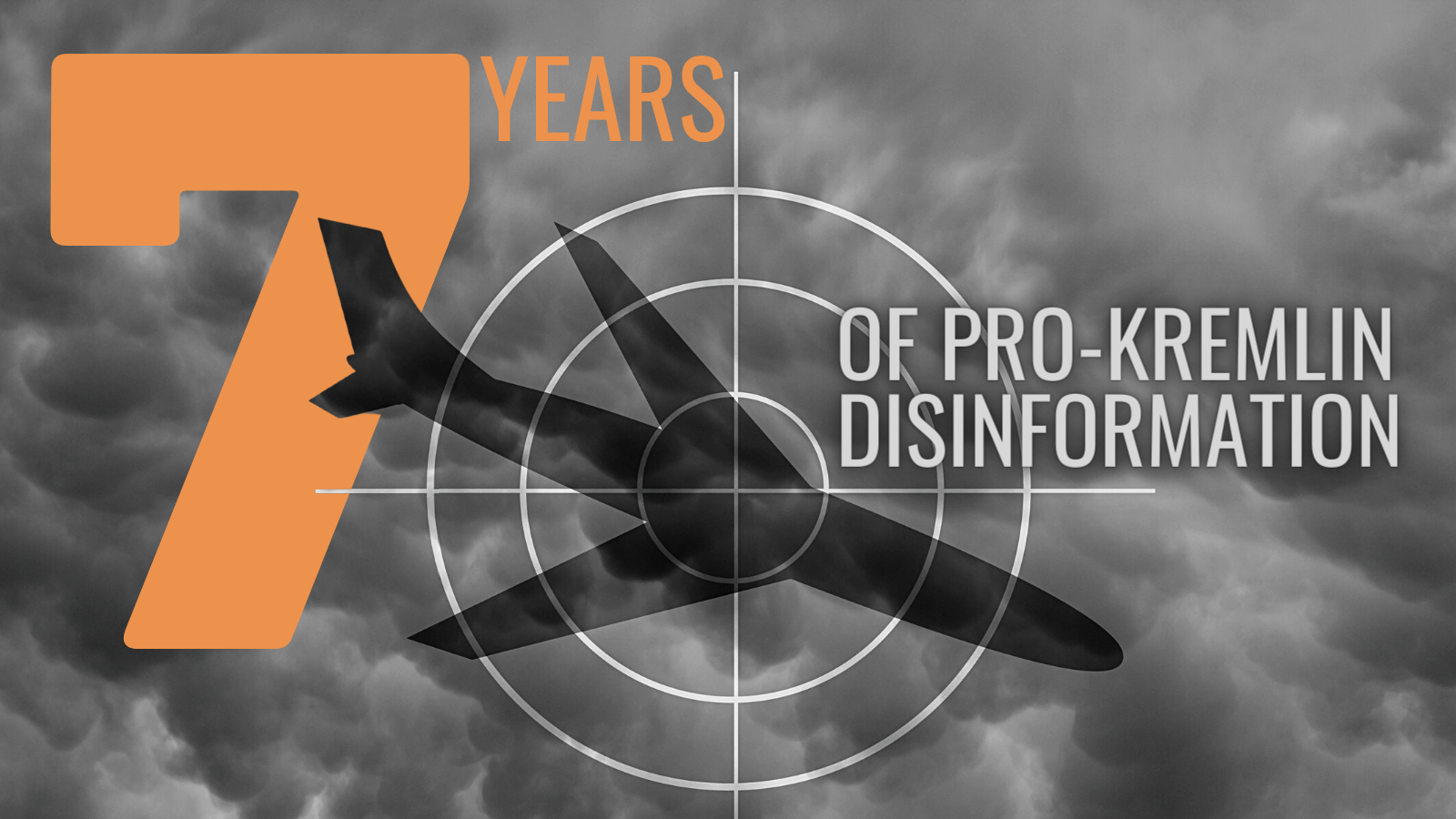 For seven years, the Russian authorities have attempted to hide their connections to the murder of 298 civilians aboard Flight MH17 behind a veil of lies and denial. But the first comment on the tragedy of 17 July 2014 were words of triumph, celebration and conceit.

Shortly afterwards, Mr. Girkin attempted to delete the message and pretend he never said any such words. Mr. Girkin, a former Russian military officer, is now one of the four individuals charged with killing the 298 on board.

The first lie: “We never said we did it!” A typical knee-jerk reaction when making a fatal mistake. In January 2020, Iranian air defence shot down a Ukrainian passenger plane over Iran. After a couple of days of denial, the Iranian authorities admitted responsibility, gave access to investigators, and accepted to pay reparations to the victims. No more lying. The tragedy was the result of a monstrous mistake. Not the first in history; nor the last. Ukraine acted in a similar way in 2001, when a Russian passenger plane was shot down. The United States shot down an Iranian plane in 1988 and several years later, accepted to pay compensation to the victims.

In the MH17 case, the Kremlin decided to stick with lies and denial. The EUvsDisinfo database contains over 300 cases of disinformation on MH17. A distinctive feature of the history of lies in this case are the ferocious attempts to create “alternative versions” of the tragedy. To observe the seven years of lies and denial, EUvsDisinfo has collected the seven most outrageous lies of the Kremlin disinformation machine.

On 18 July 2014, less than 24 hours after the downing of MH17, Mr Girkin, now attempting to hide his triumphant smile, delivered his first false version of the tragedy:

According to people who were collecting corpses after the crash, a large share of the corpses were “not fresh” – people had died several days earlier.

This statement is not only a tasteless lie and a humiliation of the hundreds of people losing their loved ones in the attack; it is a copyright violation of the BBC’s Sherlock Holmes episode “A Scandal in Belgravia”, where this exact scheme is played out. The episode was aired in Russia in January 2012.

Later on the day of the tragedy, 17 July 2014, several Russian outlets reported that Ukrainian forces had intended to shoot down the aircraft of the President of Russia:

A source in Russia’s Federal Air Transport Agency, requesting to be anonymous, has told the Interfax news agency that the target of the Ukrainian missile might have been the aircraft of the President of Russia. According to the source, the Russian “Air Force One” and the Malaysian Boeing met at a point and flew in the same air corridor.

Russia’s Air Force One is a completely different type of aircraft and with only distantly similar red-white-blue livery and followed entirely different routes. The claim is one of the oldest and also one of the most persistent; the most recent example in the EUvsDisinfo database is from February 2021.

On 19 July 2014, two days after the disaster, a Twitter account belonging to a certain “Carlos, a Spanish dispatcher” working for air traffic control at Kyiv Airport, claimed that two Ukrainian fighter jets had downed the aircraft. The fact that such a person did not work for Ukrainian air traffic control was established very quickly and the Twitter account was deleted. Still, RT Spanish carried out an interview with an individual claiming to be Carlos. The identity of the individual was also quickly established – a Spanish citizen residing in Romania. The story fell apart as a hoax. Yet, it is frequently referred to by pro-Kremlin sources as “proof” of Ukrainian involvement.

“The Spanish Dispatcher” reported about Ukrainian jets flying in the vicinity of MH17 moments before the crash. This implied that the MH17 was intercepted and shot down by Ukrainian fighter jets. While the Spanish Dispatcher quickly was disregarded as a hoax, the version of Ukrainian fighter jets has remained a recurrent claim. As recently as 22 June 2021, a major pro-Kremlin outlet in Russia suggested that the fighter jet version had not yet been discarded. It has. The ongoing trial in the Netherlands has carefully gone through all forensic evidence and found that the MH17 was shot down by a Buk surface-to-air missile – “there is no other possible conclusion”.

The Buk Missile is a large object: it is 5.5 metres long and has a wingspan of almost a metre. The warhead contains 70 kilos of high-explosive shrapnel. The forensic teams could collect vast amounts of debris, large chunks of metal with serial numbers to identify the individual missile. Hard evidence shows the aircraft was shot down by a Buk missile. Mainstream pro-Kremlin media focus their attention on a claim that the Buk in question was operated by Ukrainian forces. Such claims are frequent – here in an example from early June 2021 from Russian state channel RT. Ukraine’s Armed Forces do operate the Buk, but all individual missiles are accounted for. Documentation on troop movements, radio intercepts and public statements from separatists tie the forensic evidence collected with Russian regular military operations. More on the criminal investigation here.

So this is how timely the tragedy occurred. Another Boeing from Malaysia Airlines down, just in time. And in the very right spot for Ukraine.

Another fantasy version, put forward only to create an impression of “disputable points” in the investigation. The body of evidence is solid. No bomb exploded on board the aircraft.

The claim above on a bomb hidden on board the aircraft suggests that the tragedy was beneficial to Ukraine and, hence, following the principle of “Cui Bono” – who benefits – that Ukraine is the perpetrator. The shooting down of MH17 was a scheme to discredit Russia – a false flag operation. The EUvsDisinfo database on disinformation contains a large number of cases where pro-Kremlin outlets suggest “the real perpetrators” behind MH17: British Intelligence, The Dutch, The Americans and The Western Elites. And of course, the Ukrainians.

None of the claims has any sources to support them. The real evidence, handled by the court in the Netherlands, is ignored.

Seven years of lying have passed. The court in the Netherlands is studying the facts and will issue a verdict. The truth of the tragedy of MH17 has been established. The Kremlin will continue to lie.