MH17, what happened since March? 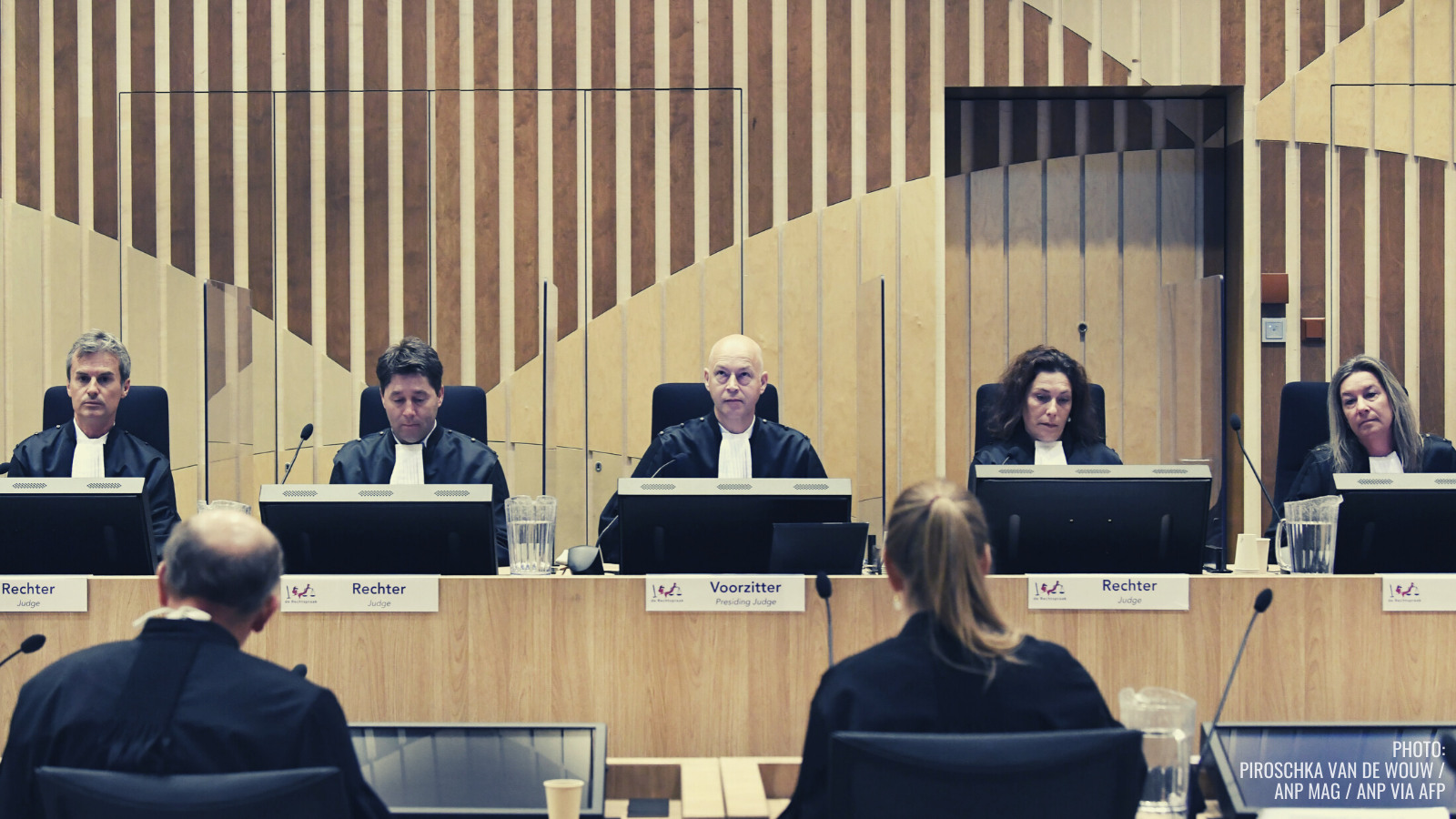 On March 9th the hearings of the MH17 process started. What happened since then on the disinformation front? There are some regular patterns, and the activities of Alexander Malkevich.

The Dutch newspaper NRC reported recently that a day before the start of the MH17 process, a conference was organized in Amsterdam: “MH17, a Quest for Justice”.

Amongst the speakers was Alexander Malkevich (although not included in the video made by the organization).

Malkevich is considered to be a persona non grata in the US since he was sanctioned by the US Treasury. The US Treasury decided in 2018 he was involved in spreading election propaganda, using the English-language website called “USA Really”, an operation of Yevgeni Prigozhin’s troll factory. Later Malkevich moved his activities to Libya.

Currently, Malkevich, who was born in Saint Petersburg in ’75, is president of the Foundation for National Values Protection and chairs the Commission of the Civic Chamber of the Russian Federation on mass media.

The conference was organized by ‘de andere krant’, a printed newspaper that is circulated cost-free to Dutch households. Earlier, Malkevich also wrote a piece (p. 5, in Dutch) in this outlet, in which he claims the MH17 investigation is driven by “anti-Russian madness”. 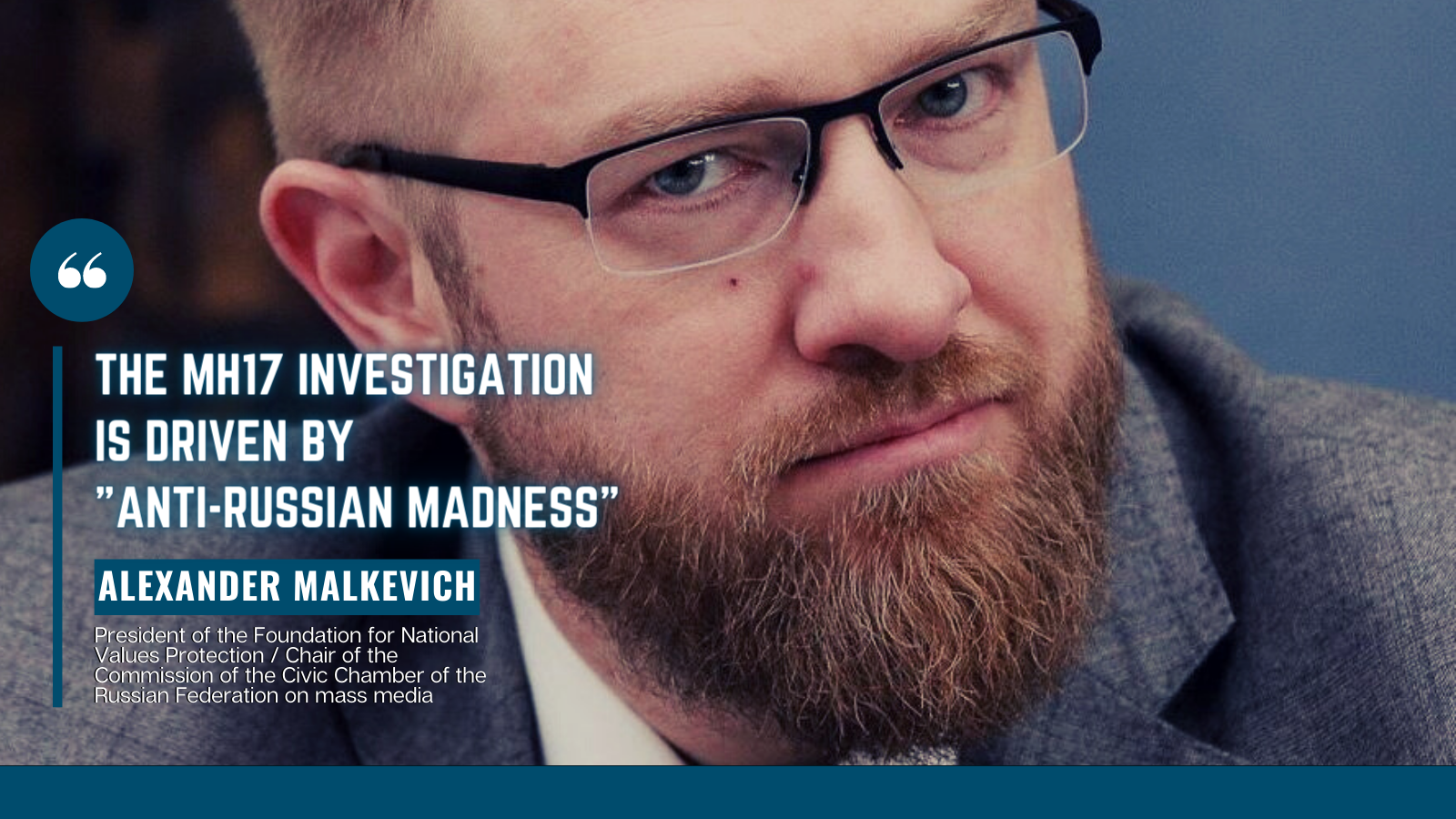 How do Malkevich’ activities compare with what we’ve seen on MH17 since the MH17-process started?

As the date of the MH17 criminal trial on the 9th of March, 2020, came closer, the method of “preventively shaped narratives” was highly visible. A few weeks before the trial, multiple pro-Kremlin outlets published sensational news pointing to “new leaked documents” allegedly proving that there weren’t any BUK missile-systems in the area of the crash. The Kremlin spokesperson used this as an opportunity to declare that “Russia was right” and accuse the international investigators of bias against Russia.

These extravagant findings were almost immediately debunked by independent Russian journalists at the Insider and Meduza, who simply called the pro-Kremlin revelations “bupkis”.

So, what happened since 9 March?

If we look to the sheer number of disinformation messages registered in our database, we saw an uptick in cases surrounding the days of the start of the process. In our database are 24 cases around 9 March. Subsequently, it dropped a bit in April and May, with six and seven cases per month, respectively. In June and July however, it peaked again with 17 and 18 cases, respectively. Then it dropped again in August and September (one case each month).

It’s hard to explain the June and July waves of cases exactly. Nothing happened publicly in the process in those months. Outside the scope of the criminal procedure however, the Dutch government declared on 10 July 2020, it had decided to take Russia to the European Court of Human Rights for “its role in the downing” of Flight MH17. And in a few cases narratives responded directly to this decision.

Most cases in the last month repeated the recurring claim there is no evidence to proof Russia’s involvement in the downing of the plane. For example, that the Joint Investigation Team did not provide any clear evidence, only general statements, or that there exists no proof that the plane was shot by a Russian BUK Missile, or that it took the JIT so long to present a rapport, because there is no evidence to be found, otherwise the JIT would have done it already.

These narratives ignore the Dutch-led criminal investigation by the Joint Investigation Team (JIT) that has been ongoing since 2014. On 28 September 2016, the JIT announced that flight MH17 was shot down by a missile from the 9M38 series, which was launched by a BUK TELAR missile system. This announcement was based on an investigation with concrete conclusions and evidence.