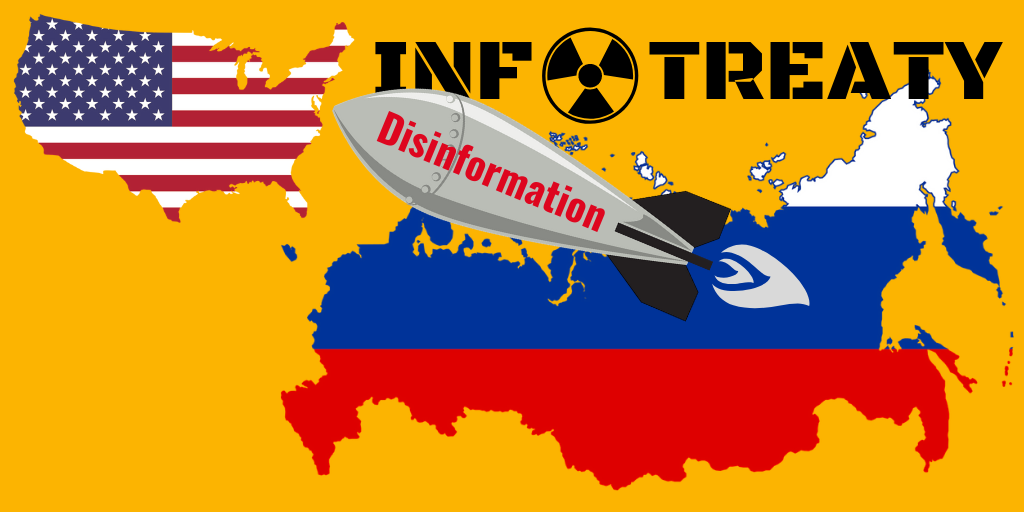 It has been an eventful couple of weeks for the Kremlin’s disinformation machine, with several inconvenient topics – from the United States’ withdrawal from the Intermediate Nuclear Forces (INF) Treaty, to Robert Mueller’s congressional testimony, to RT’s £200,000 regulatory fine in the UK – all making international headlines and not looking good for the Kremlin. Besides seeking to manipulate the debate on these topics, the pro-Kremlin also produced an unusually diverse (and at times truly bizarre) set of disinformation cases. Was it the heatwave, or a full moon? Who knows. But put on your seatbelt, because this is going to be a wild ride!

On August 2nd, the United States officially withdrew from the INF Treaty, following Russia’s deployment of the SSC-8 missile system, which is nuclear-capable, mobile, hard to detect, and lowers the threshold for the use of nuclear weapons in armed conflict. In a press conference on the day, NATO Secretary General Jens Stoltenberg stressed that “all NATO Allies agree that these missiles violate the INF Treaty”, and that Russia has pursued the development and fielding of these systems despite years of engagement by the US and other Allies. He added that all NATO Allies support the US decision to withdraw given Russia’s continued violations, and that Russia therefore “bears the sole responsibility for the demise of the Treaty.”

But the pro-Kremlin media dutifully spins a completely different reality. In this alternate universe, nothing is ever Russia’s fault – on the contrary, the Kremlin actively tries to act in good faith and do the right thing, but is constantly victimised and scapegoated by the evil, power-hungry West.

This week, the pro-Kremlin media predictably dedicated its efforts to spinning just such an alternate reality about the demise of the INF Treaty. Apparently, there is no evidence that Russia violated its terms – in “fact”, the missile in question has a range of less than 500km, and is therefore compliant with the Treaty. The United States is thus solely to blame – Washington withdrew from the Treaty unilaterally, abandoning a fundamental agreement for global stability and security. It was the US, not Russia, which persistently avoided a dialogue to resolve problems within the INF framework. Washington specifically wanted to end the Treaty because it is developing its own novel missile system in order to boost the American military-industrial complex! 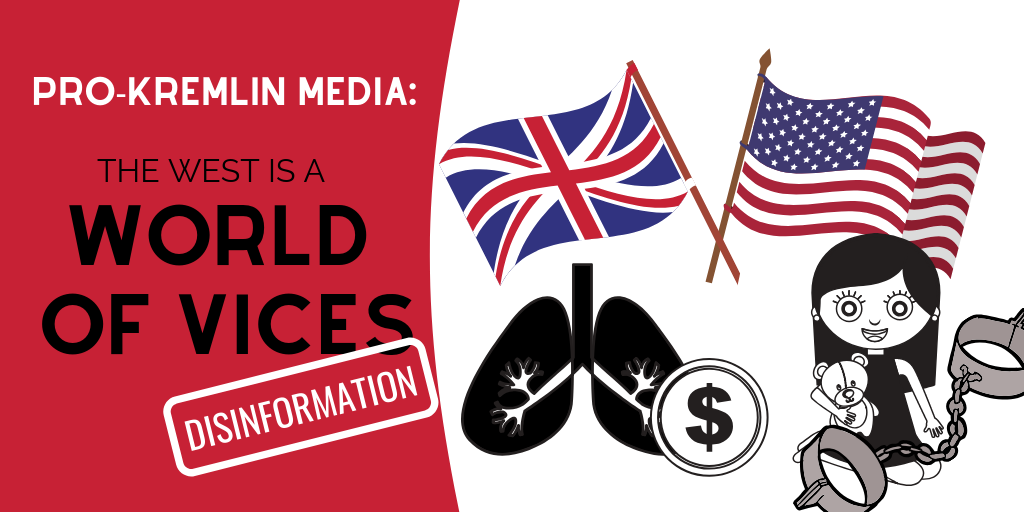 If you’ve read this far, here’s your reward – the ten wildest cases from the last two weeks.

1. The Skripal case was invented to distract from British paedophilia scandals, which Theresa May covered up when she was Home Secretary!

2. All high-ranking politicians in the Baltic states are implicated in paedophilia. Makes them easier to control.

3. Tinder is planning to warn its users that Poland is dangerous for the LGBT community. Even though earlier this year, Warsaw held one of its largest ever pride marches, with another major LGBT demonstration just a few weeks ago.

4. The US controls Al-Qaeda and ISIS/Daesh. Don’t look so surprised! Everyone knows the Americans have been managing global terrorism since the end of the 20th century.

5. NATO is planning to attack and occupy Turkey. It was behind all the coup attempts, too!

6. A Romanian murder suspect was trafficking girls to NATO soldiers stationed at the Deveselu base. Better hide yo kids, hide yo wife!

7. The US and Anglo-Saxons are promoting a global totalitarian caste system. It’s disguised as “liberalism”!

8. Stalin established the independent Polish state after WWII. Same with Hungary, Czechoslovakia, and Romania – these countries all owe their independence to Stalin!

9. The US and NATO are involved in organ trafficking. Apparently invading and occupying an ally isn’t their only criminal pursuit (see #5).

And finally, we saved the best for last:

10. Russia is the most liberal country, where everyone who isn’t lazy has the opportunity to speak!

This is where sarcasm fails. Tell that to the hundreds of peaceful protesters arrested in Moscow over the last week for demanding fair elections. To Boris and Inga, the young couple viciously beaten by riot police. To the parents who face losing custody of their toddler for bringing him to an opposition rally. And to Olga Misik, the teenage girl arrested for reading aloud Russia’s constitution – which affirms the right to peaceful gatherings.