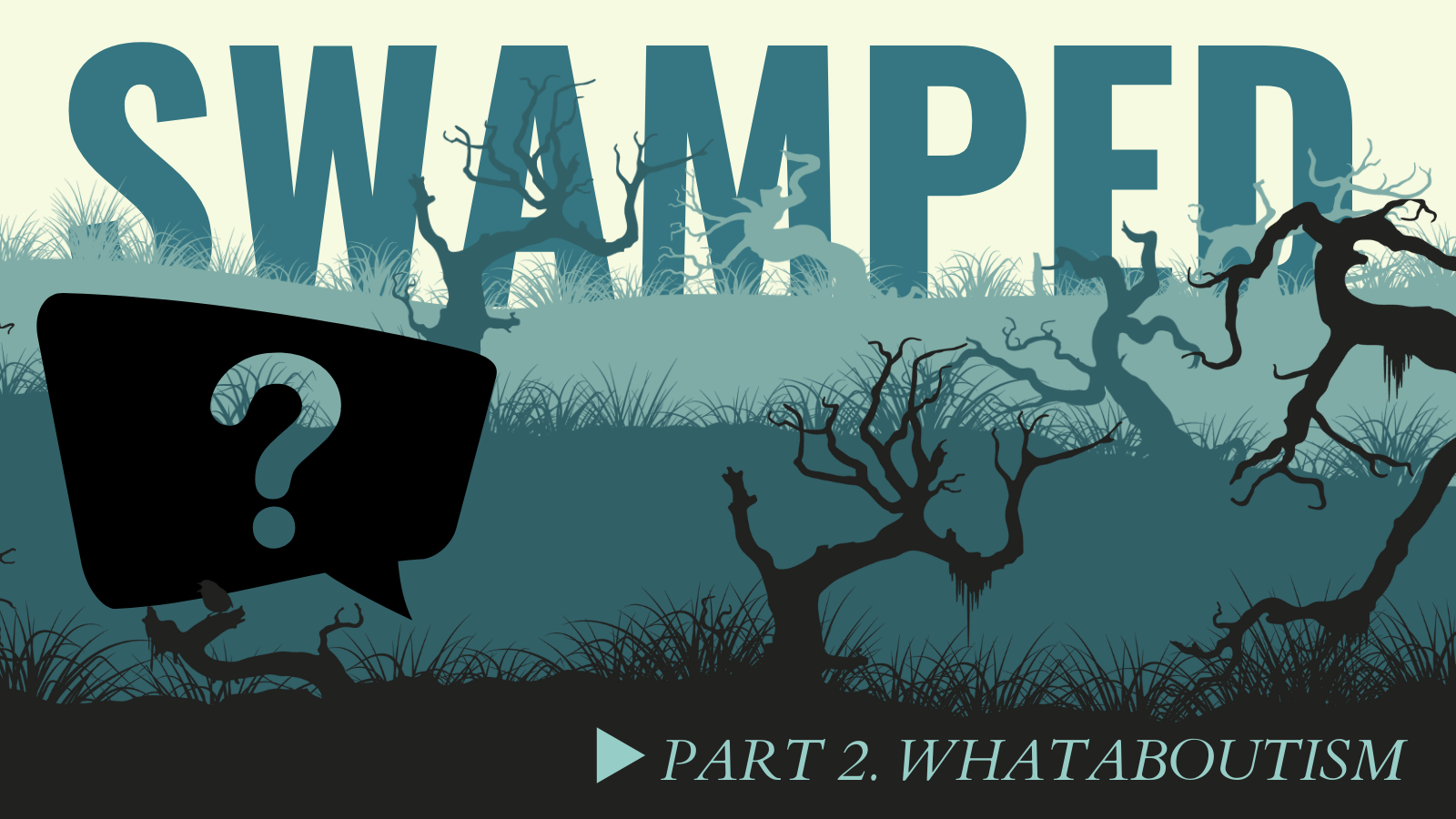 This device was frequently employed in connection with the Belarusian president Alyaksandr Lukashenka’s act of air piracy in late May. The Kremlin spin doctors made furious attempts to deflect the news from the incident, claiming that sending fighter jets to intercept civilian aircraft and forwarding false bomb threats were common practice. This claim has been repeated ad nauseam (a device to be covered in a later article). Examples can be found here, here and here.

Whataboutism is a rhetorical device to deflect attention away from an unpleasant issue. The Oxford English Dictionary defines it as:

Classical rhetoric describes this technique as a version of the tu quoque fallacy. In Russian, it is “сам дурак” – “you are the idiot!”. This approach has deep roots in Soviet rhetorical traditions, and the Kremlin disinformation ecosystem often uses it. EUvsDisinfo has described the method in several articles – here, here and here, for instance.

Whataboutism is an efficient cheap trick, and it has been a core element of Kremlin disinformation for a very long time. Even at the highest political level, instead of replying to questions on mass detentions of peaceful demonstrators, Russian officials apply whataboutism instead of dialogue:

Whataboutism is an aggressive means of assuming control over a debate. Through whataboutism, the Kremlin deflects criticism and turns the accusation against the opposition. The attacked party is forced into a defensive position and the Kremlin claims moral high ground.

The antidote to whataboutism: stay on track, and insist on continuing debate on the core issue.

Next: A for Attack