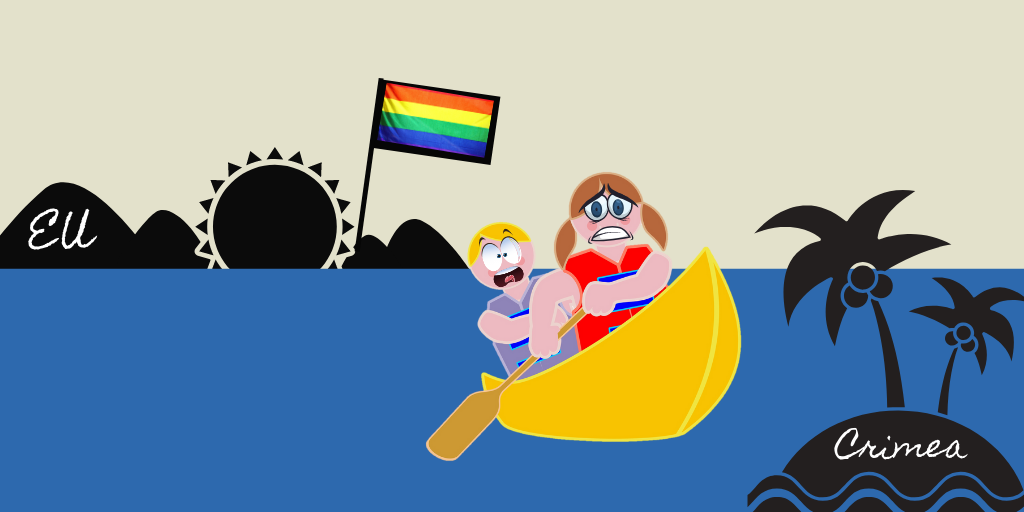 The op-ed also tells that Crimea is the favourite destination of these “non-economic refugees”, as the author labels them.

A migrating story about moral migrants

In order to support the claim about the alleged moral migrants, an local politician in Crimea is quoted as saying that the peninsula “recently received 1,500 appeals from Germany alone.”

A quick search into the history of this figure takes us back to a RIA Novosti report from 2015. The figure has later reappeared in reporting from, among others, RT’s Russian Service and TV Zvezda.

However, there does not seem to be any other source to the information about the many appeals from Germany than the statement made to RIA by this particular Crimean politician in 2015; and apparently no one ever fact-checked the figure.

Loyalty to the Kremlin line

The author of Life’s piece demonstrates an impressive degree of loyalty to the Kremlin’s narratives by managing to incorporate in one short piece not just one, but two different disinformation narratives.

One of these narratives will insist that Crimea enjoys broad recognition among Europeans as a part of Russia, for example when state media outlets cover visits to Crimea by NGO groups or private individuals as if these were official representatives of their countries.

The other narrative is the depiction of Europe as disintegrating in moral decay. This narrative fosters stories about animal brothels in Denmark; about Europe as “the kingdom of gays;” allegations that paedophilia is “a European value” and even a national family tradition in one particular European country.