Movie Classic "Gone With The Wind" Banned in the US! 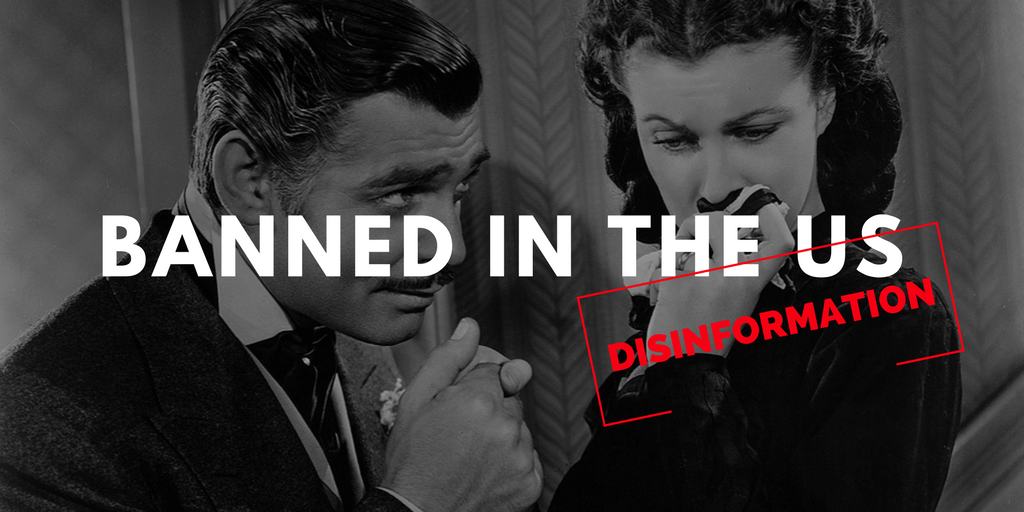 No, no one has really banned this famous historical romance film set in the American Civil war. What we see is just another example of taking an element of truth from a story, detaching it from all necessary context, and hiding it in a pile of nonsense.

Gone with the Wind was just not included in the program of the 2018 Summer Movie Series festival in the Orpheum theatre in Memphis. And although this decision, taken in the context of a sensitive local moment, has raised some controversy, the reaction of Dmitri Kiselyov, head of the state international media agency Rossiya Segodnya, was overblown to say the least.

The propagandist announced that the movie had been banned in the US and described the decision as a “nationwide catastrophe”. For unclear reasons, he put the blame on Barack Obama. Kiselyov concluded that there is a risk that the classic will entirely disappear from the American movie theaters – a statement for which there is absolutely no indication.
Such a disinformation fits one of the purposes of the pro-Kremlin disinformation campaign: to show the viewers who might have some concerns about freedom of expression in Russia that it is “everywhere the same”. And it further strengthens the usual pro-Kremlin messaging that the West restricts freedom of expression because of its excessively politically correct politics.