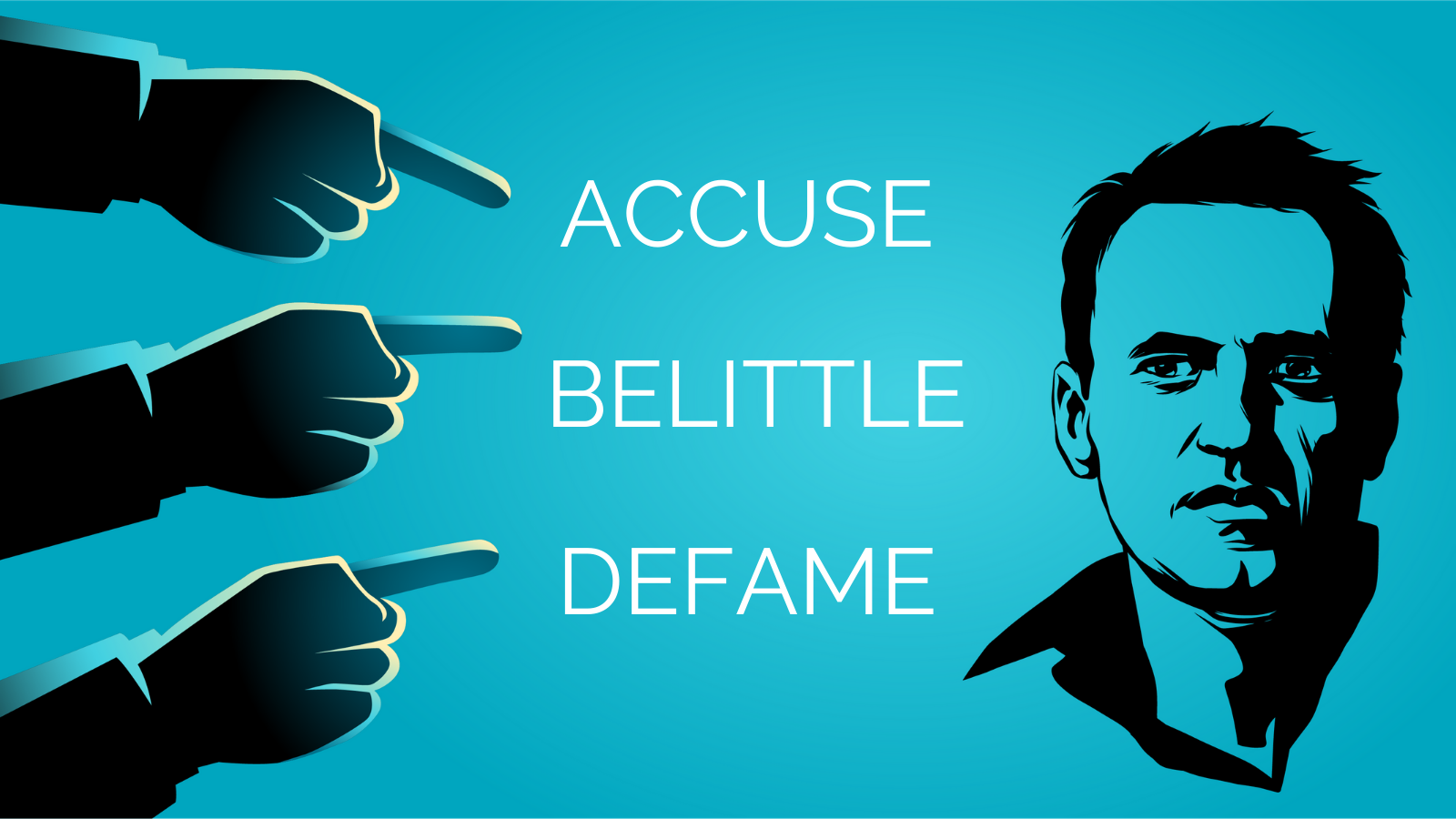 The Kremlin Belittling the Protests

It is probably not a surprise to anyone that Alexei Navalny and the protests against his detention are at the centre of this week’s pro-Kremlin disinformation attempts. Roughly a third of the cases collected this week are devoted to the dissident leader and the protests.

A very clear pattern is visible, as the pro-Kremlin disinformation ecosystem has two missions: belittle the protests and defame Navalny.

The first mission, belittling the protests, is played out on all available platforms. It is important to describe the protests as a failure with very few participants. Something similar to a twisted auction is going on, where Russian authorities attempt to underbid each other. The “winner” in this competition, for the time being, is the Moscow City Department for Regional Security, claiming 300 people took part in the demonstrations January 31. Meanwhile, Moscow City Police records, collected by NGO OVD-Info show close to 2,000 detained. Do the maths…

But, it is not enough to pretend the numbers were insignificant; the participants must also be belittled. Nationalist outlets like Tsargrad use the term “Navalny Cubs” – навальнята – to further underscore that the protestors are merely schoolkids. The term “Mommy’s Revolutionaries” – мамкины революционеры – appeared in August last year to describe the protests in Belarus; now it is applied to the country-wide protests in Russia.

One “TikTok Star” was arrested after vandalising a car, belonging to the FSB. This “Mommy’s Revolutionary” started to moan online: “to be honest, I am scared…”

Depicting the protest movements as a bunch of schoolkids serves two purposes. Firstly, it creates an image of dissent as something immature. Secondly, it suggests that the schoolkids are nothing but pawns, cannon-fodder in an information war, unwitting children exploited by cynical puppet-masters: the West, the US, the Liberals, the Neo-Liberals, foreign intelligence, China or Navalny personally. Who pulls the strings does not matter; the important task is to create an image of the protests, lacking genuine popular support. 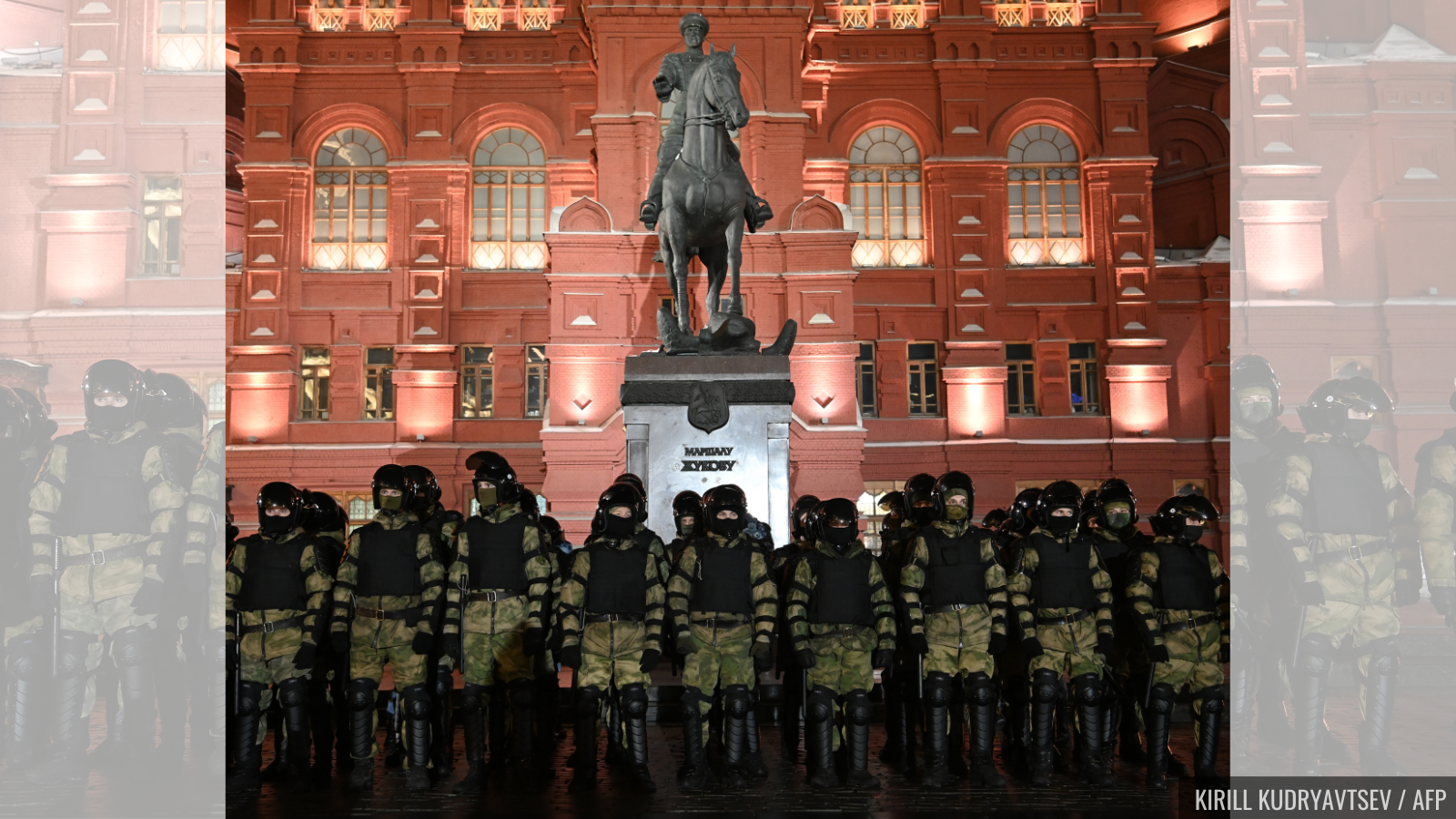 “A Traitor and a Tool”

The second mission, defaming Navalny, oscillates between an attempt to demonise him and introducing a competing narrative, describing him as a “tool”. State-owned RT loyally demonstrated a surveillance video on 1 February, allegedly filmed by Russia’s secret police, the FSB, allegedly demonstrating an alleged meeting eight years ago between an associate of Navalny with an alleged British spy! It seems RT is attempting to please the Kremlin with the airing of old FSB videos after the faux pas earlier this week, suggesting annexation of Eastern Ukraine.

Russian South Front, a major English language outlet within the pro-Kremlin disinformation ecosystem, regurgitates the RT talking points: Navalny is a spy (allegedly) and a convicted felon who, thanks only to the humane Russian legal system, has managed to stay out of prison:

Russia appears to be among the most free and tolerant countries around the world and Navalny has still faced no sentence for the treason.

Navalny has repeatedly been described as a “Pied Piper” hypnotising children to join the protests. The fact that international diplomats are doing their job, observing the court hearings, is communicated as “proof” of Navalny’s allegiance to foreign powers. The US Embassy’s communication on the demonstrations to the American community in Moscow – in English – has been taken as “proof” of the Embassy’s involvement in the protest.

Another recurrent element about the countrywide protests is the claim that they are illegal. We can see such claims here, here and here. They are not. Article 31 of Russia’s constitution grants its citizens the right to gather and express their views publicly.

Another major topic in this week’s yield of cases is the COVID-19 pandemic, where we note a revival of the “artificial virus” trope. A pro-Kremlin outlet in Armenia dusts off the old story about a “Malthusian” plan to reduce the world population. This claim connects current disinformation attempts to the first documented case on coronavirus disinformation in the EUvsDisinfo database, from January 22 2020, in Sputnik Belarus. The claim of the SARS-CoV-2 virus’s artificial origin has been more or less dormant in the pro-Kremlin ecosystem since the summer of 2020. EUvsDisinfo will follow the development of this claim.

Strange Cases of the Week: 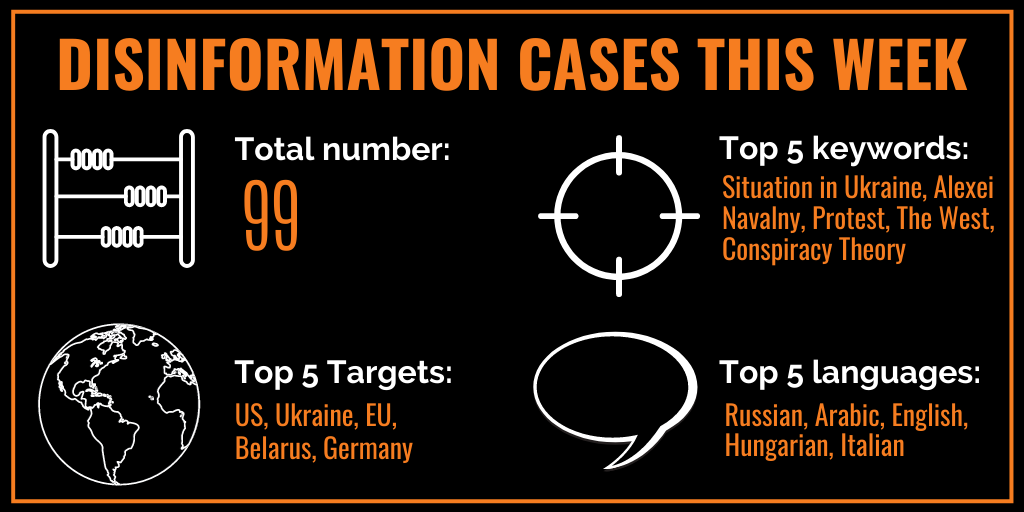