Skip to main content
Read this article in Русский
News and analysis
May 04, 2020 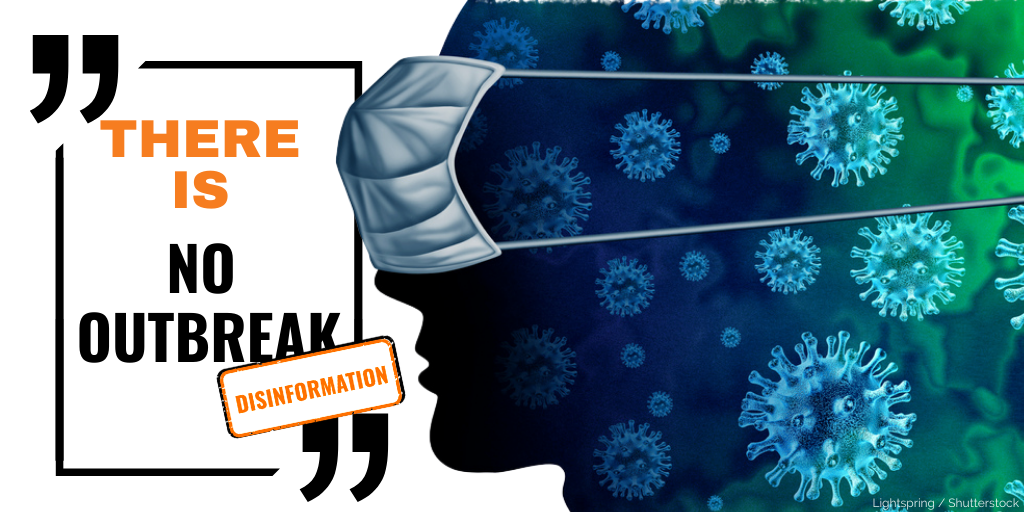 A special strand of disinformation on the COVID-19 outbreak is the claim that there is no outbreak. It is a hoax; exaggerated by incompetent politicians, amplified by corrupt media and masterminded by shadowy rulers.

The first case in the Disinformation Database with this claim was detected January 29, when Russian news agency RIAFAN told the reports on the outbreak were merely a stunt by “Big Pharma” to up their profits.

This claim, “The COVID-19 Hoax”, has since been repeated several times: here in Russian, here in German, in Russian again here, in English here…

The general idea is that the COVID-19 is exaggerated and is used a pretext for different kinds of sinister plans, spun by more or less shadowy rulers. Pro-Kremlin sites describe how mortality figures are exaggerated, how the “secret elites” are brainwashing the public for sinister reasons. The COVID-19 is a grand scheme:

This has been on the drawing board for years. The final decision to go ahead NOW, was taken in January 2020 at the World Economic Forum (WEF) in Davos – behind very much closed doors, of course. The Gates, GAVI (an association of vaccination-promoting pharmaceuticals), Rockefellers, Rothschilds et al, they are all behind this decision

This quote appeared mid-March in Russia-based South Front, brought to the audience from the Canadian conspiracy site Global Research. All the elements of the trope is there: the COVID-19 is not a pandemic: “there is not the slightest trace of a pandemic”; it’s not worse than any old seasonal flu; “The common flu in Europe in the 2019 / 2020 season, has apparently so far killed about 16,000”, and fiendish forces scheming to control us all: “isn’t that what the “Black Men” behind this intended pandemic want – chaos, panic, hopelessness, leading to human vulnerability – a people becoming easy prey for manipulation?”

Mid-March seems also to be the big breakthrough for the Bill Gates Conspiracy. He has, as we see from the quote above, the role in this conspiracy theory as one of those who planned the pandemic.

Around this time, the hashtag “Plandemic” appears on Twitter, suggesting that the COVID-19 outbreak is merely a scheme by fiendish forces to curb personal freedoms. The hashtag is often connected to other conspiracy theory tropes and fits seamlessly into a current of discontent with the quarantine restrictions. This allows the pro-Kremlin disinformation network to expand into new audiences.

This trope boils down to one of the core narratives used by the pro-Kremlin disinformation network: The Elites vs. The People. The outlets define themselves as a “voice of the people”, which challenges elites controlling corporations, media and politicians. The narrative can be – and has been – adopted to literally any challenging situation.

This narrative can be very successful as it provides a scapegoat for the target audience to blame for any grievances: bankers, Big Corporations, Jews, oligarchs, Muslims, Brussels bureaucrats. Russian and pro-Kremlin disinformation outlets heavily exploited this narrative on the eve of the 2016 Brexit referendum, as these two Sputnik articles demonstrate: “The Threat from Eurocracy threatens Europe” and “Waffen-EU”. Both stories resonated strongly with the Leave campaign. We have seen the narrative used for the migration issue and with claims that “Big Pharma” is deliberately spreading diseases.

There is one outlet in the pro-Kremlin disinformation network that has invested particularly in the “Fake Pandemic” trope: Fort Russ News. The site is registered in the US, but runs by a Serbia-based think tank connected to a Russian organisation called Strategic Culture Foundation. This latter is viewed as a “partner” by the journal of the Russian Ministry of Foreign Affairs, International Affairs. 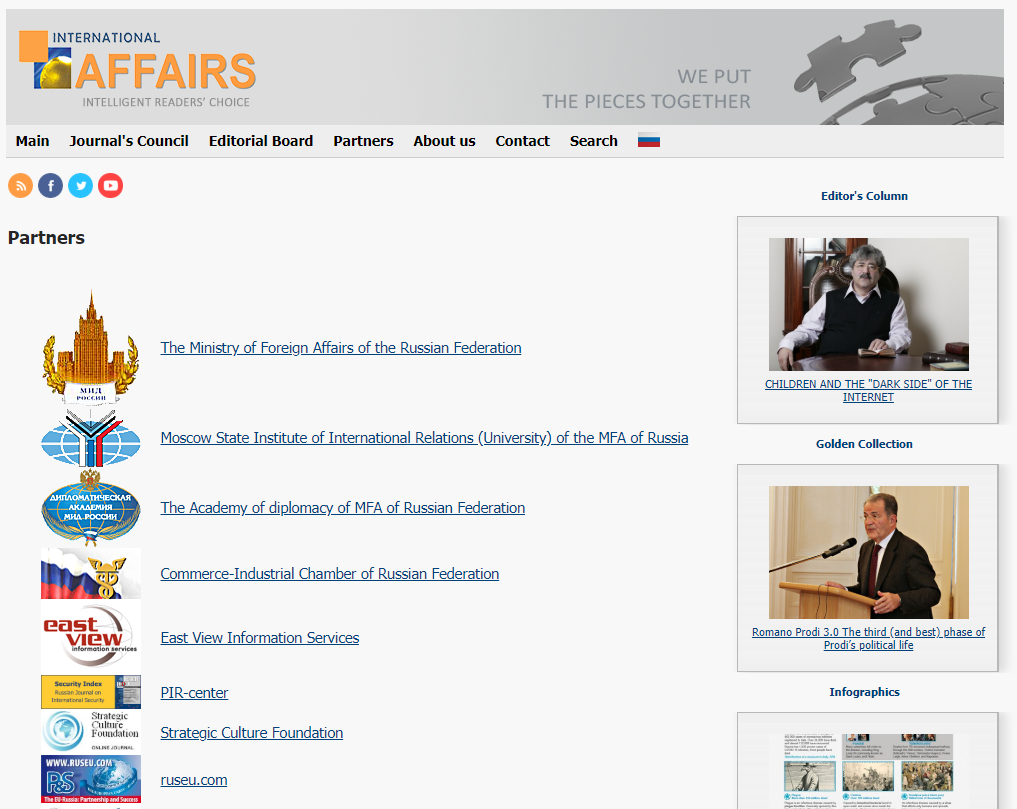 Fort Russ News publishes own and syndicated material on the COVID-19 outbreak, and most of the content is devoted to various unfounded conspiracy theories, often describing Bill Gates as the villain.

The coverage of the COVID-19 also illustrates the pro-Kremlin disinformation network’s readiness to adopt and broadcast new conspiracy theories. If we compare two articles produced by the same author, we notice a “before” and “after”. In both articles the COVID-19 is described as the global elites’ pretext for introducing sinister reforms – depopulation, total control and eventually a “New World Order”. All these elements are present in the article from Mid-March quoted above. When Mr. Koenig returns to the topic in late April, the threat from 5G has suddenly appeared:

5G is a weapon when used at its full strength – which is not yet the case. 5G is weaponized and can kill.

Fort Russ is suggesting that the pandemic is either entirely fake or at least greatly exaggerated. Sifting through content, tagged “COVID-19” gives several examples of this trope:

The COVID-19 outbreak has proven to be fertile ground for all possible conspiracy theories, and we can see how the pro-Kremlin disinformation network happily has allowed itself to spread them. Studying the development of the traffic of a few of the sites, we can observe a distinct growth since February 2020: Strategic Culture Foundation has grown by over 25 per cent; Fort Russ News with around 10 per cent; just as South Front. New Eastern Outlook has seen a growth in traffic with 45 per cent. The big “winner” in this race is Canadian Global Research. The site has no known formal connections to the Kremlin, but has readily shared pro-Kremlin narratives and provided content to sites of the pro-Kremlin network. Providing conspiracy theories on the COVID-19 outbreak has increased the site’s traffic with a staggering 258 per cent.

This is obviously good news for the owners of the sites, and good news for the pro-Kremlin disinformation operatives who receive a solid audience for key Kremlin priorities, such as Syria, MH17 or Moscow’s illegal annexation of Crimea.

This method was used with some success earlier. During the 2015 migration crisis, pro-Kremlin media devoted much attention to the issue, supporting a migration-hostile, Islamophobic sentiment outside Russia. The narrative was the same: “the migration demonstrated the elites’ lack of contact with the people”.

Now, the pro-Kremlin disinformation outlets are using the same methods for profiting on a new crisis. And it works.