Skip to main content
Read this article in Русский
News and analysis
January 05, 2021 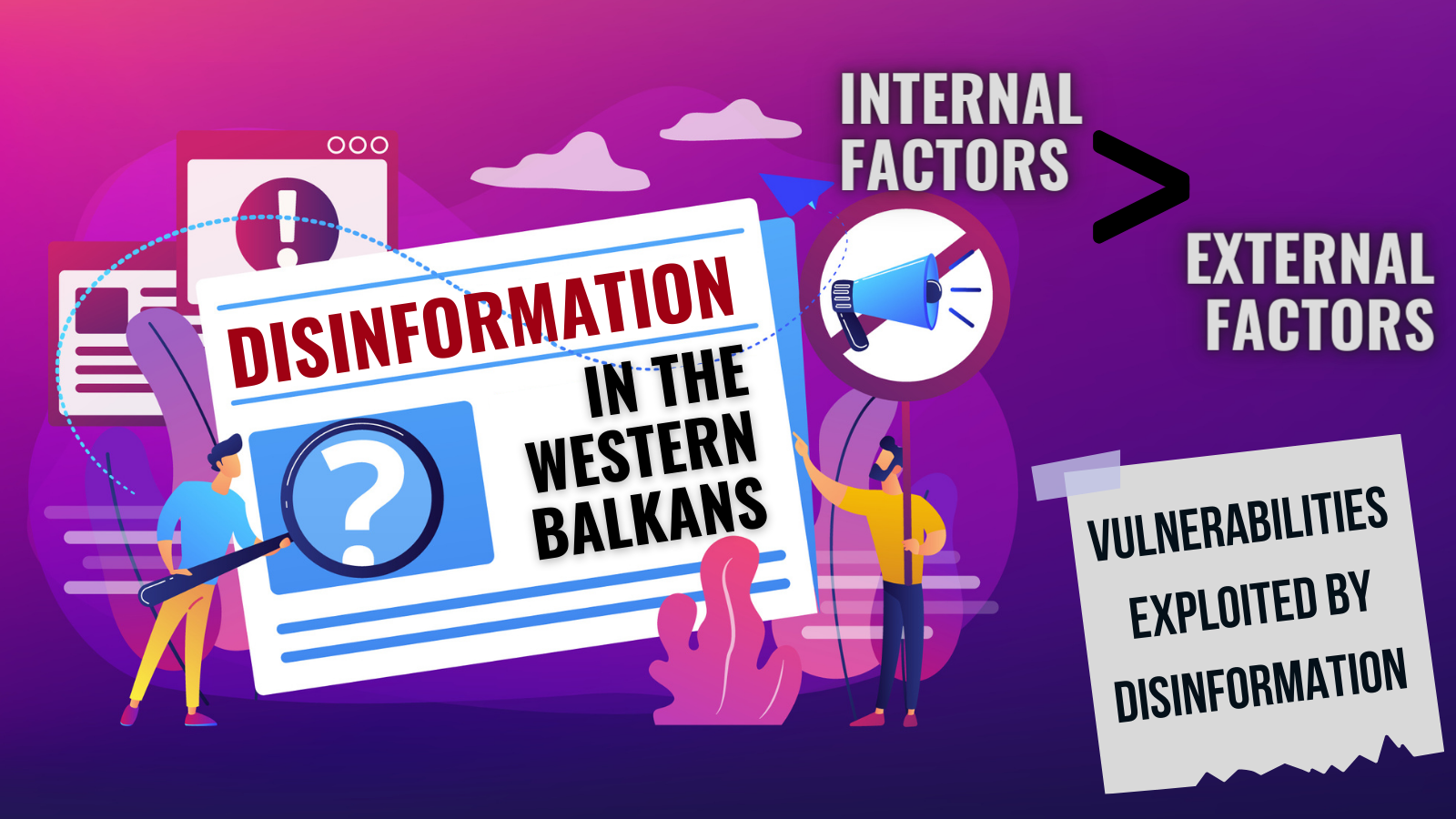 Last year, on 3 December, the study ‘Mapping Fake News and Disinformation in the Western Balkans and Identifying Ways to Effectively Counter Them’ was published. It sees disinformation in the Western Balkans rather as a symptom than a cause of disruptions in societal cohesion and democratic governance. That means that existing ethnic or sectarian divisions in societies, a lack of public trust, but also the political domination of one group or weak leadership all represent vulnerabilities that can be exploited by perpetrators of disinformation.

The study was produced by external researchers and commissioned by the European Parliament’s Committee on Foreign Affairs[1]. The research mapped key trends and patterns in disinformation and counter-disinformation throughout the region in the period from 2018 through 2020.

Divisions in societies and weaknesses in governance also cause a higher receptiveness in the Western Balkans, and increase the chances that disinformation will actually have an impact on people’s beliefs, according to the research. For example, when citizens believe that elections do not bring real changes in policy, they are more likely to vote on the basis of identity and emotion, rather than on material interests.

The study combined an analysis of published research with a series of original case studies. It reviewed 74 confirmed disinformation campaigns conducted over the past two years across the six countries of the region. 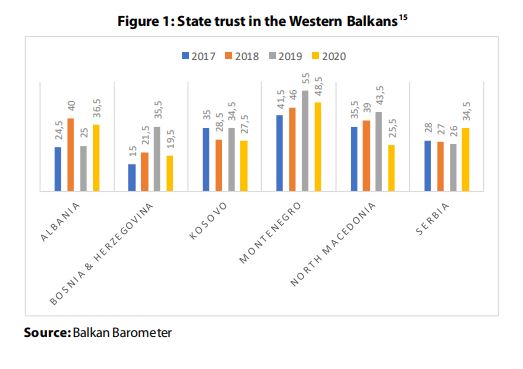 According to the research, both domestic and foreign actors use disinformation to undermine the credibility of the European Union in the Western Balkans. Among the external actors, Russia is the most dominant one, while also influence from China and Turkey – to a lesser extent – has been observed.

The study found that a shift in American policy in the region, away from the EU policy objectives trans-Atlantic gap opened up by the Trump Administration, created new opportunities for Moscow, Beijing and Ankara, as well as domestic actors, to use disinformation to undermine European influence.

While the study identified many notable initiatives to counter disinformation – such as fact-checking, public education/capacity building, and media support, – it found these efforts still mainly donor driven and not fully responding to the needs of addressing disinformation. The need for more social-scientific research on the impact of disinformation on the people in the Western Balkans was identified in the study. The researchers therefore call EU actors to establish dialogues with Western Balkan civil society and international donors to coordinate anti-disinformation efforts in the region, to boost regional expertise.

As a conclusion, the study argues that the European Union should focus on the role that it can play in bolstering the quality of democracy and governance in the Western Balkans, as the most powerful potential bulwark against disinformation.

[1] The authors of the study are Samuel Greene, Gregory Asmolov, Adam Fagan, Ofer Fridman, Borjan Gjuzelov. The content of the document is the sole responsibility of these authors and any opinions expressed therein do not necessarily represent the official position of the European Parliament, nor of the European institutions.