No, Iceland won’t pay you for marrying an Icelander 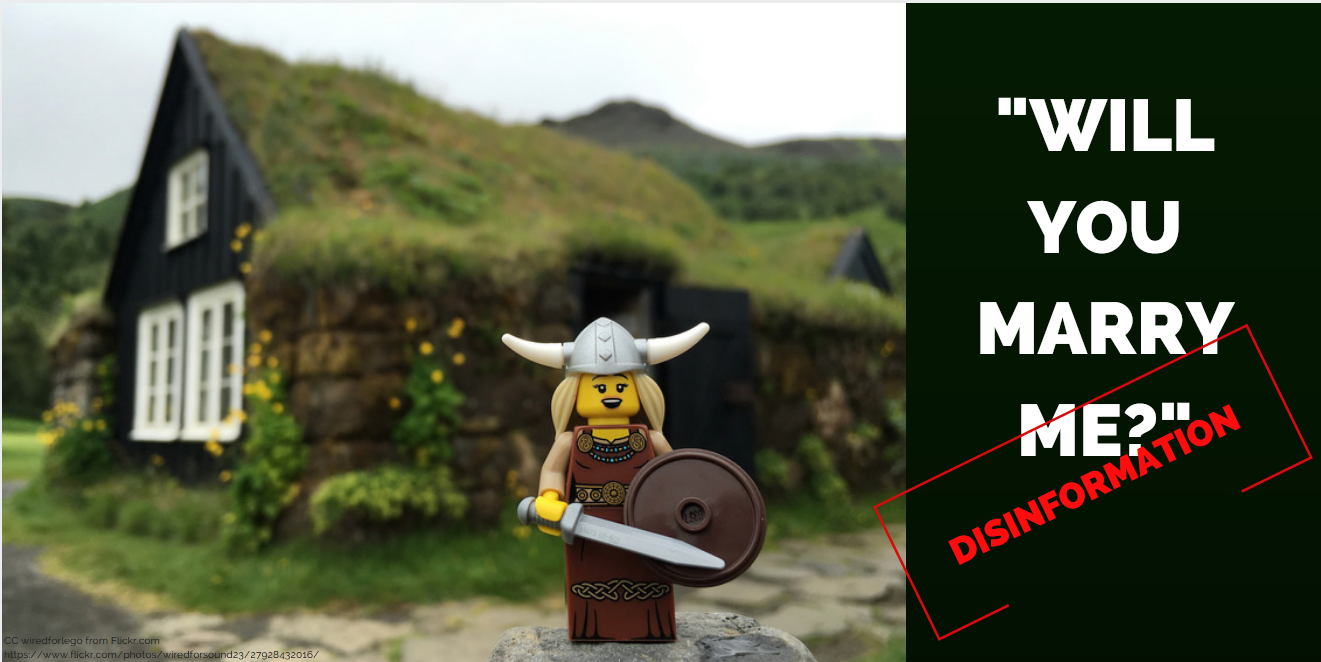 “There have not been, there are no and will not be any programmes in Iceland financing marriages with Icelandic residents with subsequent acquisition of citizenship”. This rather odd message appeared on 23 November on the Facebook profile belonging to the Icelandic embassy in Moscow. The background for the update is a rumour that has been enjoying popularity in Russian online and social media. A Google search in Russian with the key words “Iceland,” “marriage” and “5000” shows a high number of hits, most of which lead you to claims made in many different marginal online media (e.g. Pravda.ru) and social media that Iceland has allegedly introduced a law that pays foreign men 5,000 USD for marrying Icelandic women due to an alleged underrepresentation of men among Iceland’s population. Some of the reports also explain that preference is given to men of Northern African and Middle Eastern background. The story can also be found in English and other languages, as the Icelandic English language outlet Iceland Review reported already in July 2016, referring to a publication in Icelandic by Mbl.is, in which Iceland’s Foreign Ministry was quoted as stating that they had by that time received between 30-40 inquiries from interested international suitors. In the context of pro-Kremlin disinformation, the story is empowered by simultaneously combining two different narratives about the West, which we have reported earlier, namely the alleged disintegration of Western societies under the pressure of migration, and the alleged moral disintegration of these societies as a result of tolerant and liberal views on relations between people.