Norway - a nation in moral decay? 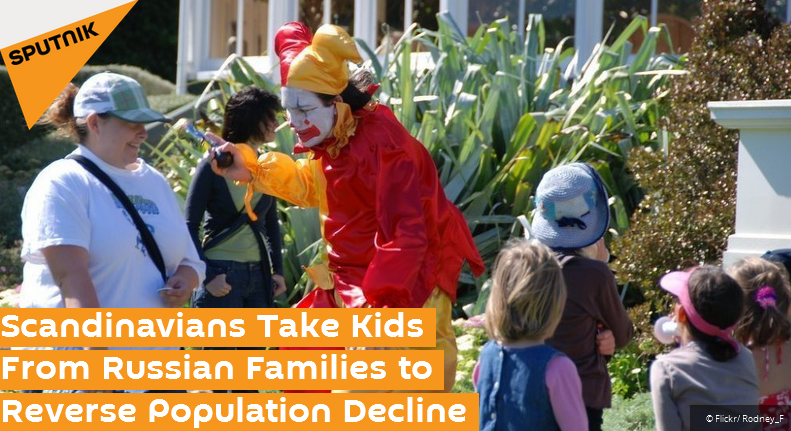 There is one word in the Norwegian language which is well known to many Russians: Barnevernet – the name of the Norwegian Child Welfare Agency. Thanks to intense coverage in their media, Russian audiences are very familiar with stories of Russian parents residing in Norway whose children have supposedly been removed from their homes because of parental negligence. In Russian public opinion, Norway has thus earned the reputation of a country on a crusade against family values.

The history of this issue is long, going back more than a decade, and Russia is not the only country where media have covered the work of this particular government agency. But in Russia, Norway-bashing over child welfare cases has remained particularly persistent over a long period of time, thanks to the tendency of accepting half-truths, distortions and straightforward misinformation in pro-Kremlin media.

In the pool of Russian reporting over this issue, one text stands out because it has spread so far: A simple search on Google indicates more than 6,000 cases when the text has been published or shared online. What we learn here about Norway, Norwegians and Norwegian society is an example of the kind of vilification of the West that has become a key element of the pro-Kremlin disinformation campaign. We quote the article as published in pro-Kremlin outlet Zavtra, but the story keeps on being relayed, more recently with this publication.

In the article, we learn that “until half a century ago, Norway was a country whose level of civilisation was comparable with the countries of Central Africa”. Education in Norway is “basically a programme for mentally disabled people” and Russians in Norway will experience “a clash of cultures: Each and every cottage in the countryside has a toilet and a shower, but the Norwegians habitually go to urinate behind the house”. The most serious accusation against Norwegians is the claim that “there is a tradition linked to sex with children: boys and girls are abused by their relatives and then passed on to neighbours [with the aim of abuse]”. “Crying”, we learn, “is forbidden in Norway, it is regarded as a disease”, and finally, “it turns out that in Norway there is a state plan, a quota for the removal of children from their parents. Guardianship agencies even compete in its implementation”.

A Russian national who has experienced the traumatising event of having her children removed from home, and who naturally reacts with anger and frustration, tells a story that serves to confirm an already set narrative. The mother takes the role of both a victim and an expert on Norway and its society. As we have seen earlier in a story about empty stores in Northern Europe and in the testimony of a Russian immigrant in Denmark, pro-Kremlin media are in such a need  of stories that confirm the narrative about decay and disintegration in the West, that they readily abandon basic journalistic standards, such as critical checking of sources and the need to involve more than one point of view.

The mother whose testimony is quoted in the article has, after her return to Russia, become the leader of a “Russian mothers” NGO that organises demonstrations in front of the Norwegian embassy, and she is often invited as an expert in children’s and families’ rights in Europe. Russia’s official international output Sputnik has also embraced the narrative, claiming with reference to the Russian children’s ombudsman that “Scandinavians Take Kids From Russian Families to Reverse Population Decline“.