Not a laughing matter 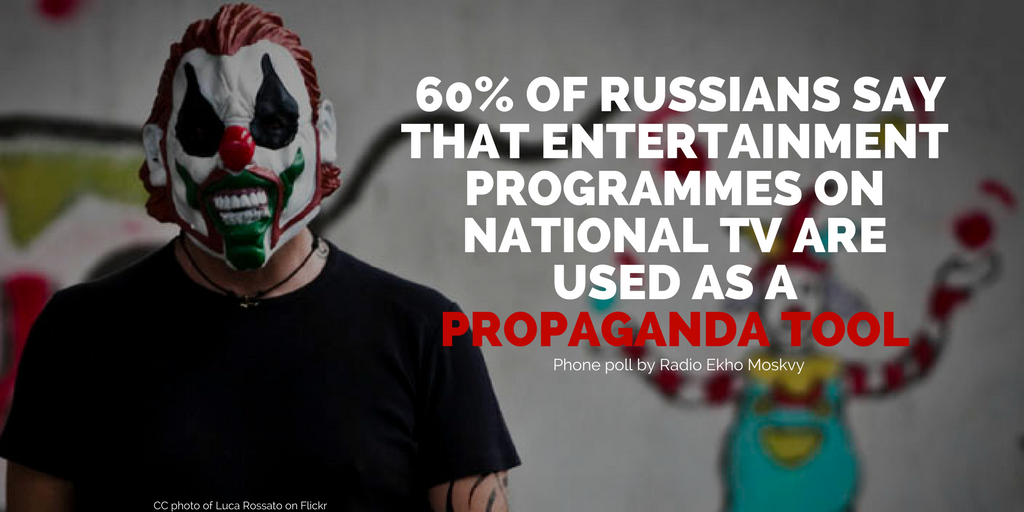 Russian comedy show KVN is by far the most popular entertainment programme in the history of Soviet and post-Soviet television. It was first broadcast in 1961 and is a comedy talent show where students from different university teams compete in satire, parody and musical performance.

A discussion of the show and its role in the Russian opinion forming environment was included in an analytical paper, published last week by the NATO Strategic Communications Centre of Excellence in Riga. According to the authors of the study, “humour elements have been used as tools of strategic political communication” and it notes that discrediting European political leaders is a key message. The reaction in pro-Kremlin media was – not surprisingly – to ridicule the study. Because isn’t an entertainment programme just what it says it is – entertainment?

Among those who mocked the study, a representative of Russian TV Pervy Kanal said: “We read it, and we laughed”. This reaction was echoed by the spokesperson of the Russian Ministry of Foreign Affairs, who wrote on Facebook that “I would not be surprised if, in the depths of this analysis, [Russian comedians] Galustyan and Revva would be talked about as responsible for informational and strategic sabotage”. Numerous other pro-Kremlin media followed this line, running stories with headlines like “NATO recognises KVN as the Kremlin’s secret weapon” (Komsomolskaya Pravda) and “KVN participants call NATO report ‘absolute nonsense’ and ‘a kindergarten'” (NTV). Sputnik’s English version also went into celebratory mode with the headline “Russian comedians howl with laughter over NATO claim that they are Kremlin tool“.

So the NATO centre made a fool of itself by looking carefully into Russian entertainment television? Perhaps not. Radio Ekho Moskvy polled its audience on whether “the assessment of KVN and similar shows as a propaganda tool makes any sense”. By Monday, 68% of the answers among those who voted online agreed with the study and answered that it makes sense. Among those interviewed by phone, 60% shared that opinion. So according to the participants in this poll, the authors “must have hit a nerve”, as a representative of the Riga-based center told Meduza.