Skip to main content
Read this article in Русский
News and analysis
February 12, 2020

“Nothing Can be Ruled Out” 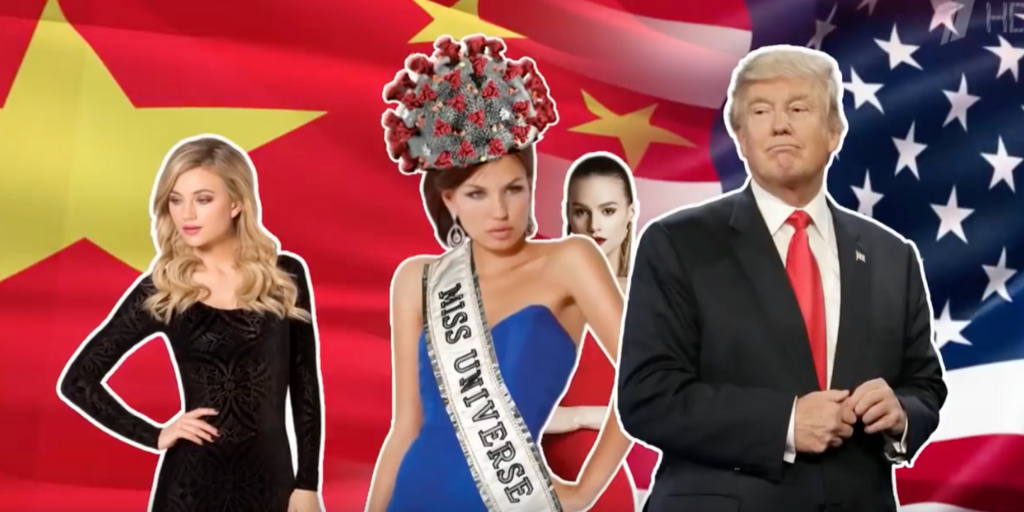 The coronavirus carries the Latin word for crown, corona. What did Donald Trump do before becoming president? He handed winners of his beauty pageant show their crowns. Which proves that the virus was manufactured on orders from President Trump.

This claim was a part of a news report about the coronavirus in broadcast last week in the flagship news programme Vremya on Russian state-controlled Channel One (Pervy Kanal).

Immediately following his presentation of this theory, the news anchor added: “Utter nonsense, you’ll say, and I’d agree with you, if it weren’t for what’s in our correspondent’s report.”

As the BBC notes in its analysis of Channel One’s story “the style of the reporting is ambiguous, appearing to debunk the theories while leaving viewers with the impression that they contain a kernel of truth”.

The mix of ridicule and acceptance of the conspiracy theories is maintained throughout the programme, which also includes a reference to the persistent pro-Kremlin disinformation claims about the Lugar lab in Georgia.

Channel One interviews two experts as a part of the report. The first expert reinforces the conspiracy theories, while the second challenges them. These two commentators are allowed approximately the same airtime, creating a similar ambiguity between conspiracy theory and debunk.

Around half way through the news item, the presenter says that “even experts who are cautious in their assessments say that nothing can be ruled out.”

An American weapon of mass destruction

The virus has been described as an American weapon of mass destruction, aimed against China, coming from one of the US military labs that surround Russia and China, for the benefit of “Big Pharma” and American corporations.

Posted by EU vs Disinformation on Friday, February 7, 2020

Conspiracy theories about the coronavirus have also appeared in televised talk shows and radio broadcasts in Russian state-controlled media.

In other pro-Kremlin news, the coronavirus was stolen from a laboratory in Canada by Chinese spies, sponsored by Bill Gates and George Soros.

The Russian state-controlled online news outlet Ukraina.ru has spread the theory that the coronavirus was predicted by Nostradamus.