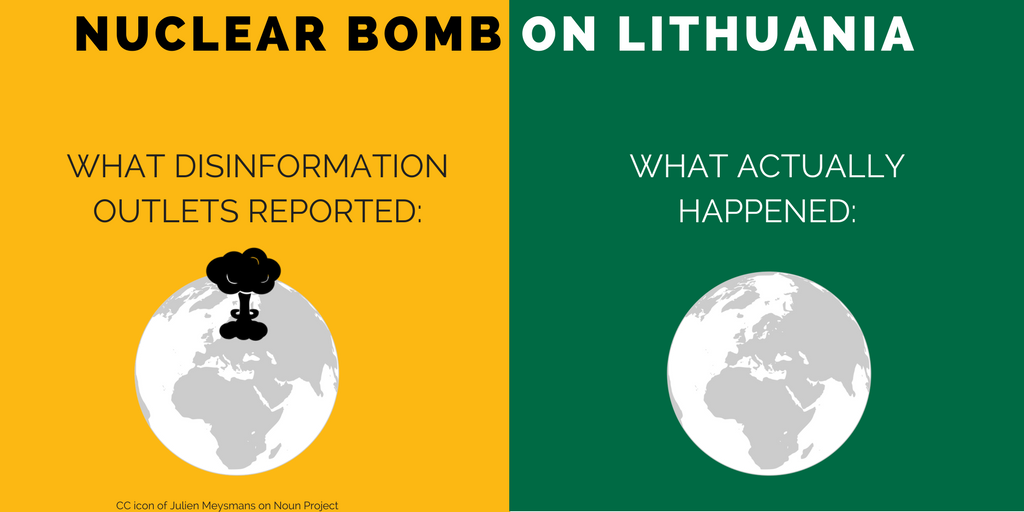 If a tree falls in the forest and there’s nobody around to hear, does it make a sound? It is a question that philosophers have been pondering for centuries. What about a nuclear bomb that falls over a Lithuanian village, and no one notices – did it happen? Well, pro-Kremlin outlets certainly think so.

The peculiar story of an American B-52 plane, which by accident dropped a nuclear bomb over a building in a Lithuanian town emerged in some outlets the latest week. It first appeared online on a community news section in English and was soon accompanied with a fabricated screenshot of a statement by the U.S Department of Defence, as described by the Digital Forensic Research Lab. Later it spread to Russian and Lithuanian sites, there accompanied by a recycled video of a burning house. Luckily, the story was quickly spotted by the Strategic Communications Department of the Armed Forces of Lithuania, who sent around an email warning of its spread. This spring we have seen several disinformation stories concerning foreign military activity in the Baltic states.

As we have previously shown, disinformation about Germany has been on the rise lately. This week, we learned in a Georgian pro-Kremlin outlets that the German state steals thousands of children from families to hand them over to same sex couples and that Germany puts children in concentration camps. In other pro-Kremlin outlets we could read that Germany has forced Czech people to stop smoking in restaurants and that Berlin has ordered a Czech car manufacturer to freeze the salaries of their employees. It goes without saying that neither of the claims are substantiated with some evidence.

We have once before summed up some of the preposterous claims in pro-Kremlin disinformation about Mr. George Soros. He has previously been accused of controlling the US Government and of abolishing the office of the president in the Czech Republic, among other things. This week we saw both some old favourite myths about Mr Soros reappearing and some new ones being invented. There were claims that Soros organisations warn that the visa-free regime between Ukraine and the EU will end and that Mr Soros has organised the refugee crisis in Europe in order to earn more money. But we also learned that George Soros was responsible for the order to shoot Russian paratroopers during the conflict in former Yugoslavia. That is quite a lot of power in the hands of one man, but as usual no evidence for the claims was presented. 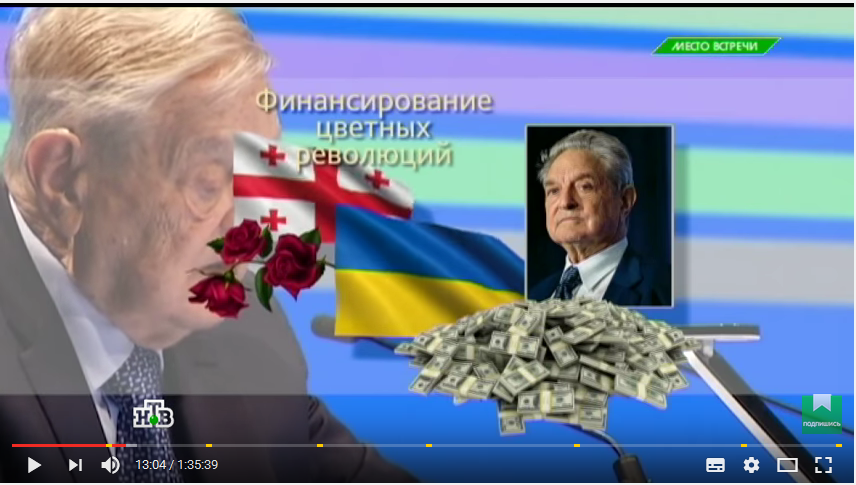