“Our job helps fight the Russian aggression. So we keep going.” Interview with Ukrainian fact-checkers VoxCheck

VoxCheck is an independent non-profit fact-checking project in Ukraine. In early February 2022, as the Kremlin was still massing its tanks and soldiers at the borders of Ukraine, we sent VoxCheck a couple of questions in writing about their work and pro-Kremlin disinformation in Ukraine. Before we could finalise the interview, Russia invaded Ukraine. On 2 March, the seventh day of the invasion, we received the replies to our questions and decided to publish them in their current form, as an illustration of the perseverance and resilience of the Ukrainian people.

VoxCheck continues to fight disinformation even as its work is interrupted by the howl of air raid sirens.

The language has been slightly edited for better readability.

What is VoxUkraine and what is its mission?

VoxUkraine an independent analytical platform. We help Ukraine move into the future. We focus on economics, governance, social developments and reforms. Neither parties nor oligarchs support us. The quality of our materials is ensured by the editorial process.

VoxCheck is a fact-checking unit of VoxUkraine. We monitor and verify the statements of politicians and opinion leaders which they deliver to a wider audience, for example, in interviews with leading media or on political talk shows. The other directions of our work are debunking fakes and countering Russian disinformation. The goal of our project is: less lies by politicians and more critical thinking by people.

In the current context of Russia’s military escalation, many observers point out that the Kremlin has stepped up its disinformation activities (the question was asked before the beginning of Russian invasion – EuvsDisinfo). Do you agree, and if so, what are the major disinformation narratives targeting Ukrainian audiences?

However, the number of misleading stories has increased with Russia’s military build-up and the beginning of the large-scale invasion. For example, there were allegations that Ukrainians had attacked and shelled some locations (while in fact that did not happen), fabricated stories of Ukrainian soldiers surrendering and high-level officials leaving Ukraine, claims about the defeat of the Armed Forces of Ukraine (the goal of these stories is to demoralise the Ukrainian army).

You may find more examples at Vox Ukraine.

Can you compare the present situation in the information environment to 2014? Have the Ukrainian people become more resilient to disinformation?

One thing to mention: there was no VoxCheck in 2014.

In our opinion, Ukrainians are more resilient than in 2014. But there is room for improvement.

According to a 2020 survey conducted by “Detector Media”, 15 per cent of Ukrainians had a low level and 33 per cent a below average level of media literacy (conversely, 52 per cent had above average or high media literacy – EUvsDisinfo).

It should be noted that nearly half (45 per cent) of the low media literacy segment were people aged 56-65 years. More than half of the segment with a below average level of media literacy had vocational secondary education.

Hence, we see two key factors affecting media literacy: education and age. Some people grew up in the former USSR where nobody had even heard about media literacy given the massive propaganda and information manipulation at the time.

In your work you focus a lot on disinformation targeting the reform process in Ukraine. Can you single out one theme that, in your opinion, it is particularly important to challenge?

The reform of the healthcare system of Ukraine, in our opinion, is an example of the most targeted reform. Since it has a lot of facets, there are a lot of stories and sub-topics to lie about.

What is the answer to the challenge of disinformation? Can disinformation be stopped, or is it an inevitable feature of a modern information environment? What can other countries learn from Ukraine?

Although some may consider it a violation of freedom of speech, we would highlight the banning of pro-Russian TV channels and websites that were spreading disinformation or acted as platforms hosting disinformation mouthpieces, as a recommended intervention to fight disinformation. If a disinformation platform is banned, it takes resources to restore it. And the multiple attempts at restoration could finally deplete the disinformation resources.

Although banning outlets from television and radio frequencies may not prevent them from using other channels (e.g., those sanctioned in Ukraine continued using social platforms Facebook, Telegram, YouTube), this administrative step may decrease their reach. In addition, it may lead to their total shutdown, as it happened with one of the TV channels sanctioned in Ukraine. 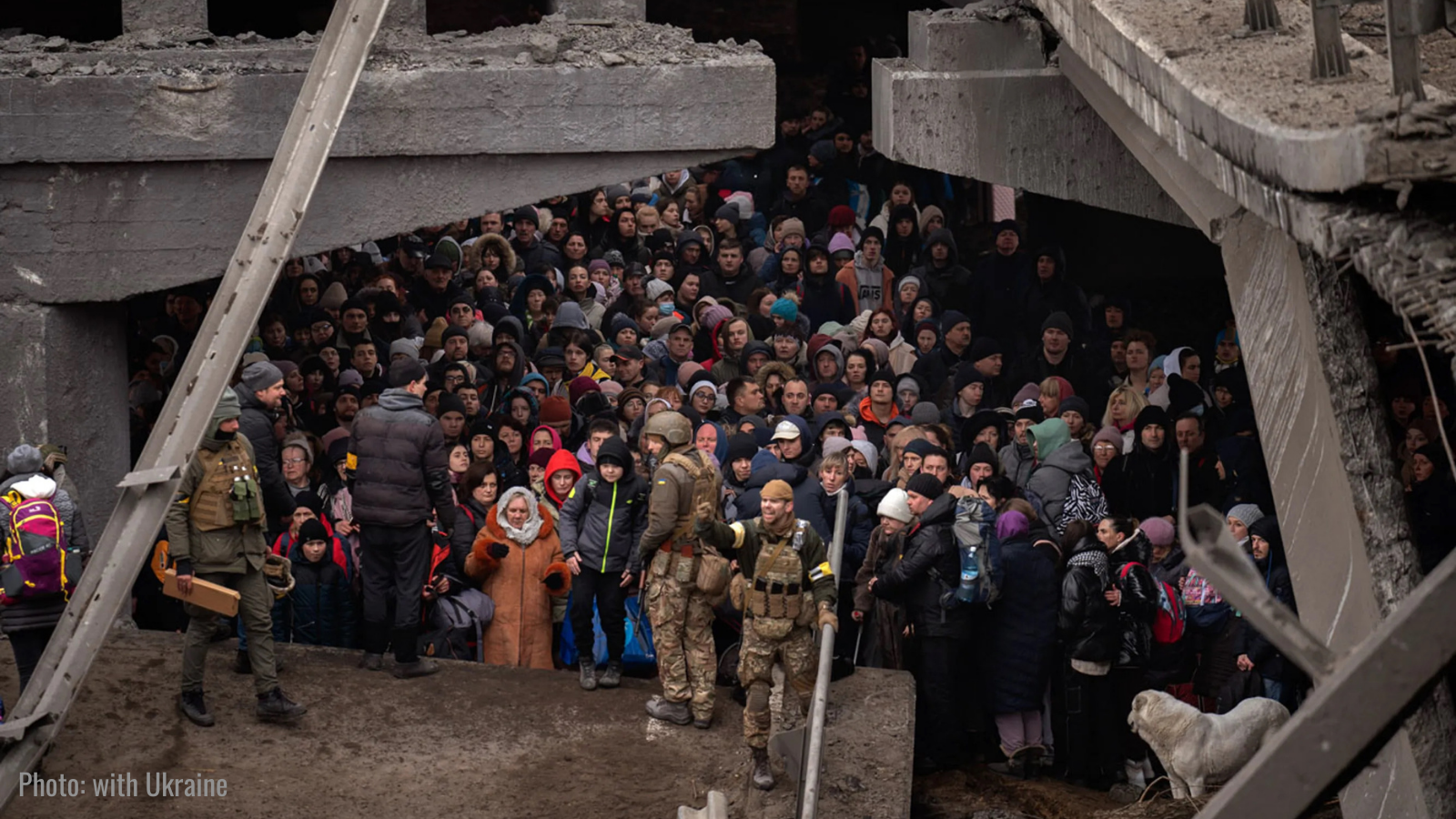 What are the biggest obstacles in your work, and what keeps you optimistic about the future?

What keeps us optimistic: