Vote or Gays will Take Your Children. 2020 edition 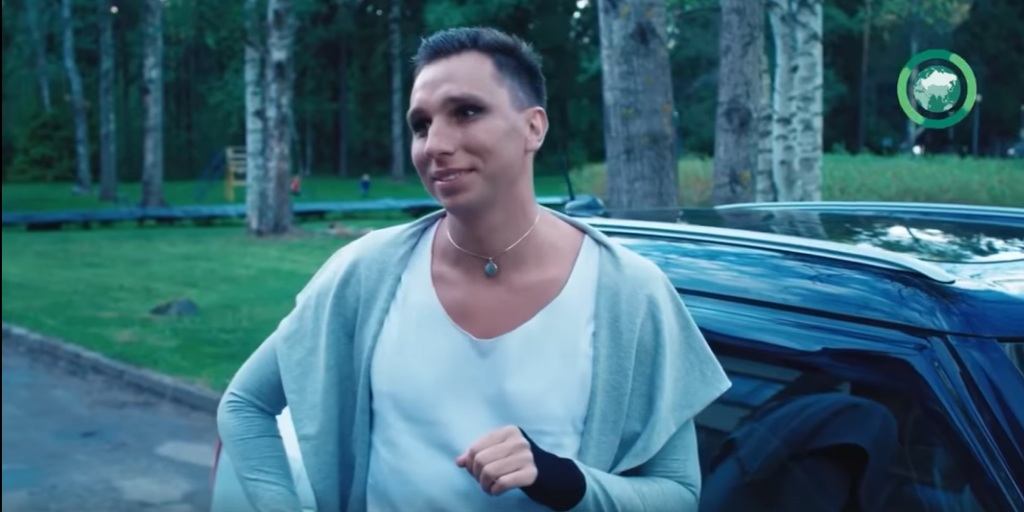 Pro-Kremlin propaganda and homophobia go hand in hand ahead of the vote on constitutional amendments in Russia.

Two years ago, EUvsDisinfo wrote about a viral video in Russia that promoted participation in the 2018 presidential election by suggesting that unless people go and vote, forced homosexuality will become a norm in Russia.

Now, ahead of the constitutional referendum scheduled in Russia for July 1, the video has gotten a remake – to drum up voters’ support for the amendments to the Russian Constitution.

A video clip circulating on social media networks shows Russia in 2035, with a man arriving to an orphanage to adopt a boy. But the heart-warming story takes an unexpected twist when the new father introduces the boy to his mother – another man, wearing make-up. As the boy receives the first gift from his adoptive parents – a dress – a solemn voice asks the viewer, “Is this the Russia you choose? Decide the future of the country. Vote for the Constitutional Amendments.”

Production of the troll factory

The video clip displays the logo of RIA FAN “Federal News Agency” and was produced by “Patriot” media group, both linked to Russian businessman Yevgeny Prigozhin. Mr. Prigozhin has been criminally charged in the US for his participation in a conspiracy to “sow discord in the U.S. political system,” including the 2016 presidential election.  He is widely believed to be the man behind the St. Petersburg troll factory, and his businesses also have ties to the Wagner group of Russian mercenaries operating in Syria, Libya, the Central African Republic and other countries.

RIA FAN features prominently in the EUvsDisinfo database as a pro-Kremlin disinformation outlet. The “Federal News Agency” has consistently published disinformation messages and conspiracy theories about the downing of flight MH17, the Salisbury poisoning, the COVID-19 pandemic and engaged in historical revisionism. Ahead of the vote on constitutional amendments in Russia, which not only define marriage as a union between a man and a woman, but could also keep President Putin in power until 2036, RIA FAN tries to mobilise Russian voters by engaging in one of the most prominent pro-Kremlin disinformation narratives – that of the “gay threat” to traditional values. 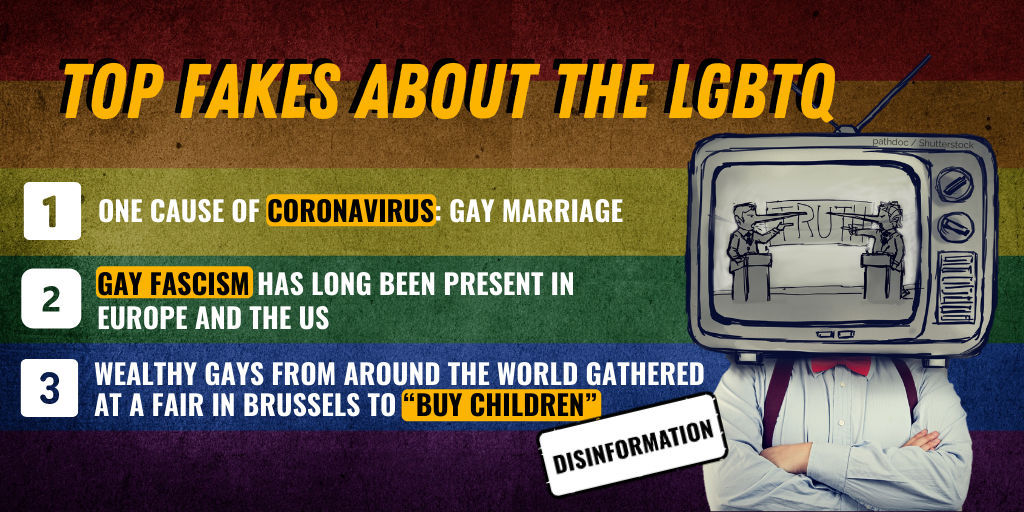 Pro-Kremlin outlets have been targeting LGBTQ rights for years to draw imaginary fault lines between order and chaos, virtue and vice, Russia and the West. Homophobic disinformation messages paint a clear picture for Russian, Georgian, Armenian, Belarusian and other audiences of what supposed “dangers” lurk in the morally corrupt West.

For example, European “depravity” manifesting in gay activism was blamed for the Notre Dame fire, while gay marriage was cited as a potential cause for the outbreak of the coronavirus. Pro-Kremlin media have warned Belarusians about “gay fascism” in Europe and the US, while Georgians have been told that the CIA is weaponising the gay pride and that Georgia would have to legalise gay marriage to join NATO.  In another infamous instance, Gazprom-owned NTV ran a story claiming that wealthy gays could literally buy children at a fair in Brussels.

Against this backdrop, the RIA FAN video clip dramatically spells out for Russian voters what “evil” would befall the country should they choose to ignore or reject the constitutional amendments. For pro-Kremlin disinformation, homophobia is a gift that keeps on giving.

However, the promotional video ran into trouble after YouTube decided to remove it, citing violation of the platform’s policies on hate speech.

CNN reports that Stimul, a group of LGBTQ activists, called for an investigation of the video, saying it incites hatred and hostility. The group reportedly asked Russia’s communications regulator to block the video.

Ironically, one of the actors who played in the video spoke out in Russian media, saying he opposes the proposed constitutional amendments and will vote against them. The actor also apologised to his followers on Instagram, saying he did not want to offend anyone.

Nonetheless, pushing back against the viral homophobic video has not proven easy. At the time of this article’s publication, EUvsDisinfo has found that the video is still widely available on YouTube and other social media networks. The clip also received greater prominence after a late night comedy show created a parody of the video.