‘Tis that time of year again 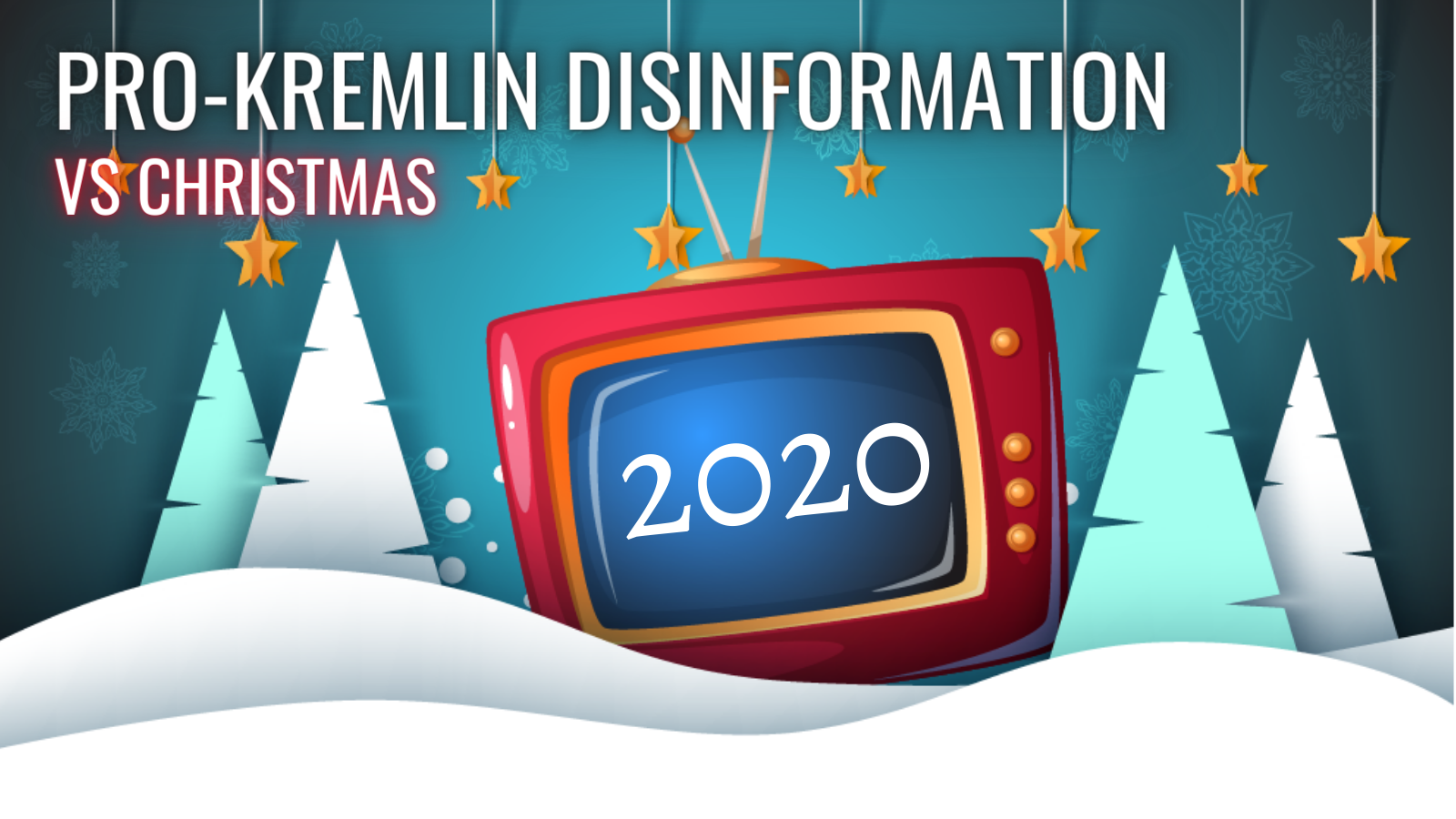 Christmas trees, Christmas lights, Christmas candy, cheesy Christmas movies on TV we have seen umpteen times already. We sing Christmas hymns and decorate the town and our homes with Nativity scenes. We are all preparing and waiting for the culinary delights of Christmas, whether it is ham, turkey, carp or lutefisk on the Christmas menu. Children all over Europe (and us adults too, let’s admit it) are eagerly awaiting Father Christmas, Père Noël, Joulupukki, Jultomten, Ded Moroz, Sinterklaas, Saint Nicolas, Babbo Natale, Ziemassvētku vecītis or other manifestations of the Christmas Spirit.

And it is the season for Christmas Disinformation Cases! All the cosy little lies about Europe, cancelling Christmas, repeated faithfully every year! EUvsDisinfo has collected disinformation for five years, and the pro-Kremlin media’s persistent Yuletide attacks have been repeated every year: it has become part of the Kremlin’s very own Christmas disinformation tradition: 2015, 2016, 2017, 2018, 2019…

The Battle against Christianity

This year is no exception. The pro-Kremlin outlets provide us with their well-worn, comfortable old Christmassy yarns: EU bureaucrats want to limit the use of Christian symbols and Brussels has decided not to display a Christmas tree. The one shown on this web-cam must be false! Muslims in England also want to forbid Christmas trees – and not only in Britain – all over Europe! An Italian town has forbidden Christmas carols to avoid insulting Muslim migrants. In order to appease the migrants 40 percent of Germans will not celebrate Christmas at all. The disinformation outlets often point at small communities – in the above examples Rozzano in Italy and Eschweiler in Germany – to add “authenticity” to the lies. It looks convincing, and very few bother to check the facts – or check the ecumenical site of the Christian parishes of Eschweiler, inviting everyone to Christmas celebrations. Even the restrictions connected to the pandemic , in the view of Russian state-owned Sputnik Moldova, are merely a pretext for the battle against Christianity.

This type of disinformation is part of a larger narrative, suggesting an imminent breakdown of moral and social values in the West. We see it manifested this week not only in the traditional Christmas disinformation, but in cases suggesting the sexual revolution is more lethal than the Russian and Chinese revolutions or that liberalism is a precursor to empires’ collapse. This is a daring theory, entirely unrelated to anything that resembles real history: a little more than a hundred years ago, four European empires disappeared almost simultaneously: Russia, Germany, Austro-Hungary and the Ottoman Empire. None of them excessively liberal-minded.

The Attack on Alexei Navalny

The Kremlin’s attacks on Alexei Navalny looks more and more desparate: this week we have documented a claim on Russian State TV that Mr Navalny might have been exposed to poorly produced moonshine vodka. Russian independent outlet The Insider has, together with the investigative teams of Bellingcat, CNN, Der Spiegel and El Pais, performed a detailed investigation, establishing the methods used, the individuals that performed the attack and the connections to the Russian state security services, the FSB. On Tuesday 15 December, the Kremlin’s press service decided to cancel all press meetings and has refused to comment on the evidence provided in the investigation. 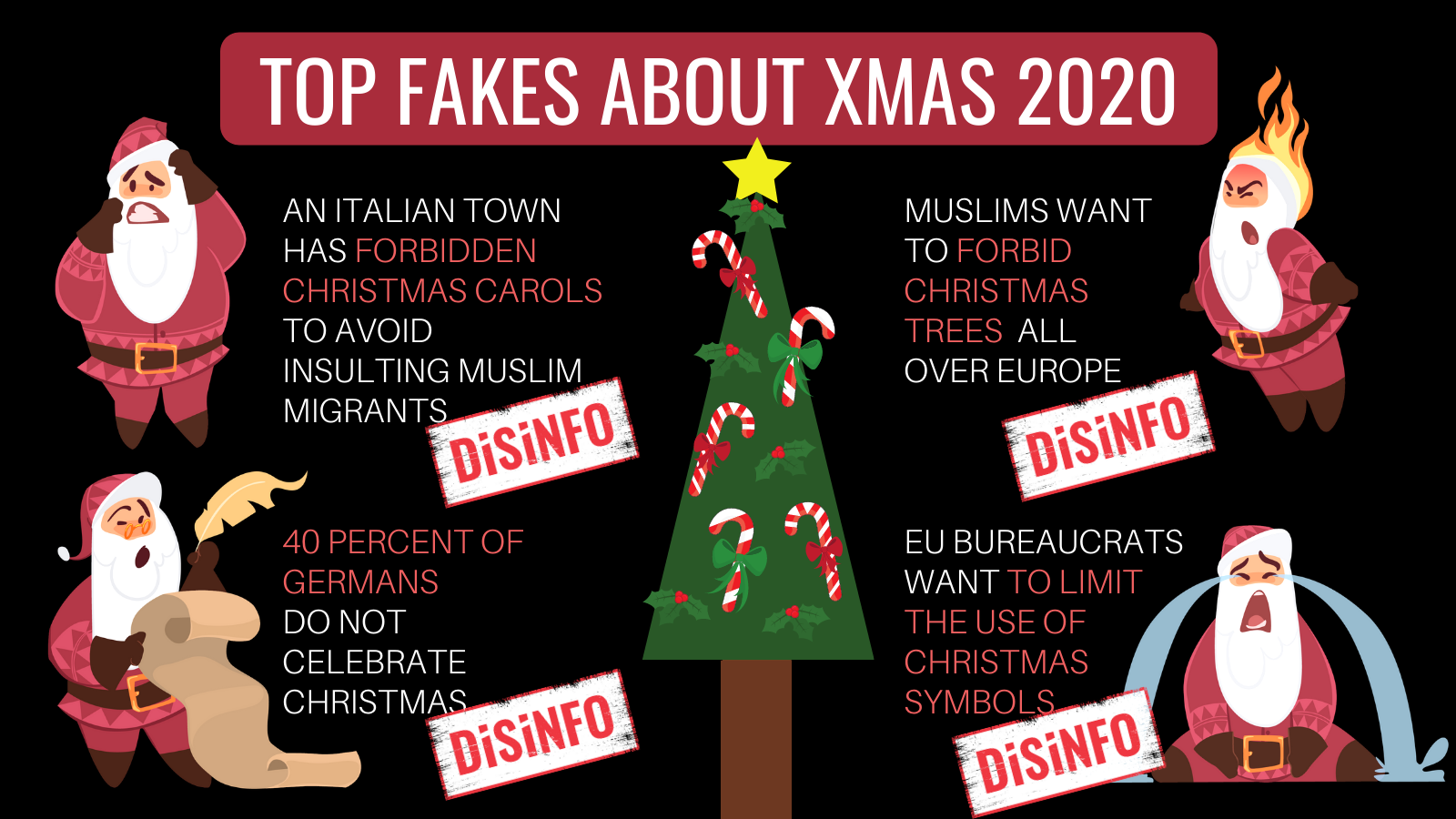 Sputnik Belarus deserves a very special Christmas present from EUvsDisinfo. Not only was the outlet the first to provide a documented case of disinformation on COVID-19 in January; this week it has managed to attract attention through some serious nuclear weapons rattling, suggesting – of course without anything to support the claim – that NATO is massing its troops on Belarus’ borders. It also introduced the concept of “Bald, stinky dog” to the vocabulary of international relations.

From All of Us to All of You

The Disinformation Review will take a few weeks off for the holidays. This Christmas will be different in the shadow of the pandemic. Many of us worry about our loved ones; we need to be careful and respectful and help each other through these difficult times. The important part of Christmas is not at the dining table with Christmas carp/ham/turkey/lutefisk: the important part is the message of love and caring.

EUvsDisinfo wishes our readers, followers and critics a Merry Christmas and extends the sentiments from the classic 1944 song, immortalised by Frank Sinatra: 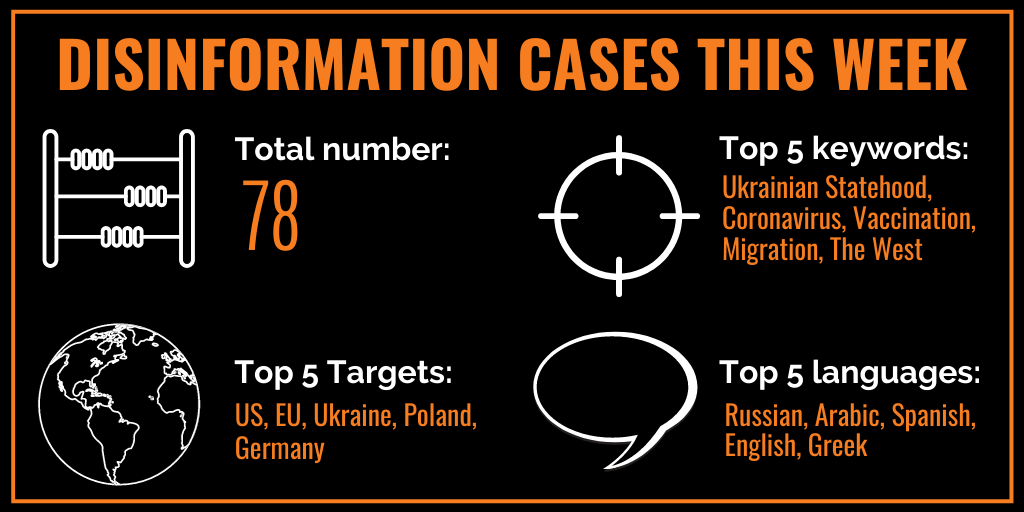