The Culture of Resentment Revisited 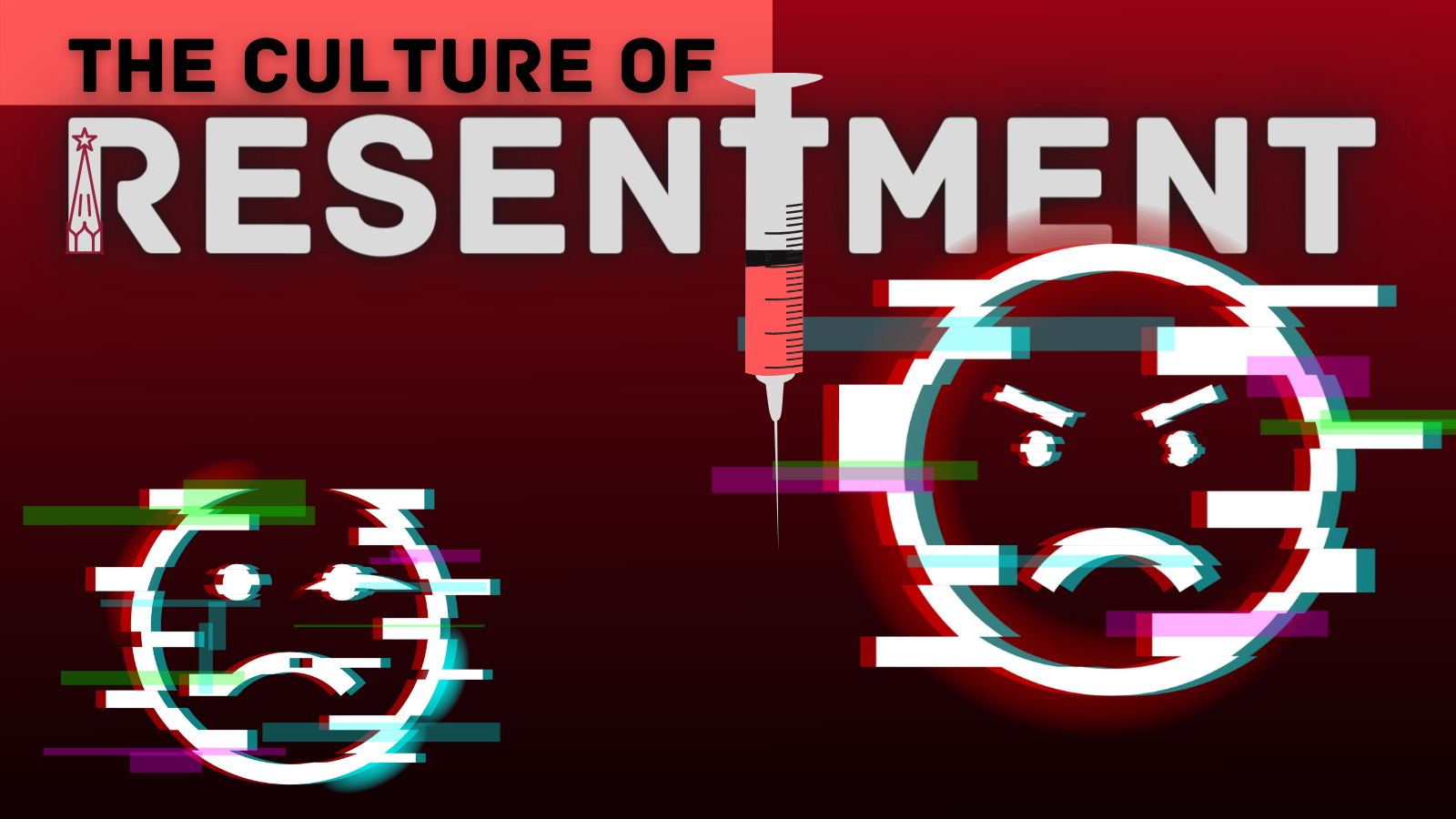 “The Russian word обида – obida – umbrage, resentment, pouting, holding a grudge – has become a core element in shaping public attitudes by the Russian state media’s spin doctors”, we wrote back in early January 2020.

Just before the start of the global pandemic, the pro-Kremlin media was gearing up for celebrating the 75th anniversary of the victory over Nazi Germany, by demanding from the world the unequivocal recognition of its achievement, and then pouting and sulking should anyone doubt its role as the sole force of resistance against fascism – both now and throughout history.

One year and two waves of the global pandemic later, the pro-Kremlin media is demanding recognition of yet another achievement – the Sputnik V vaccine, by attacking the institution whose recognition it seeks.

The Sputnik V vaccine is remarkable not only for its 91,6% efficacy, but also for the fact that it has its own Twitter account. The account was used this week to “demand a public apology” from the chair of the European Medicine Agency’s (EMA) management board for her comments discouraging the EU Member States from unilaterally approving the vaccine. Whereas the medical official pointed to the fact that there was not yet sufficient safety data about those who had already been given a vaccine, the Sputnik V Twitter account unleashed its resentment, accusing the official of “possible political interference” and claimed that the EMA had been “postponing Sputnik V review for months”. 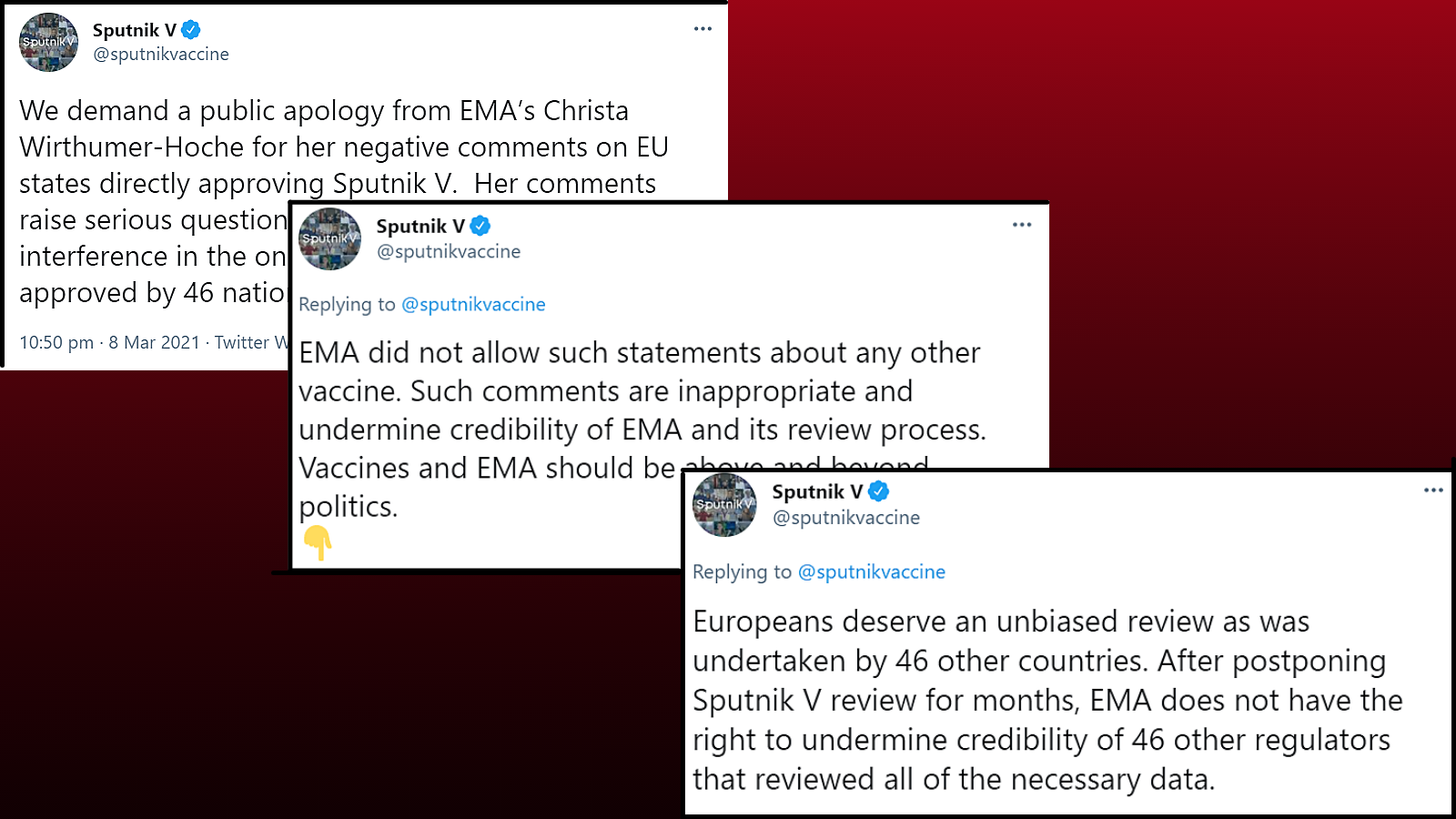 What may be construed as a “miscommunication” is in fact the state-level trolling, seeking to undermine the credibility of the EMA and portray Sputnik V and, by extension, Russia, as being unfairly treated by the West and the EU.

It is a trend we have been observing since Sputnik V was launched, with the pro-Kremlin media claiming that the West criticised the Russian vaccine because it couldn’t accept Russia’s primacy and that Europe was refusing to buy Sputnik V for political reasons.

We saw continuation of it this week as well, with Sputnik Georgia accusing “many enemies” of trying to erode confidence in Russia and the heroism of Russian scientists. Poland, whose officials said that they would not risk the health of citizens by procuring vaccines which have not been approved, was accused of hatred of Russia.

The EMA, which is currently conducting a rolling review of Sputnik V, has become a target of pro-Kremlin disinformation. As early as last November, the pro-Kremlin media falsely claimed that the EU “initiated” negotiations with the Russian vaccine manufacturer. Now, four months later, it is alleged that the Sputnik V review was “postponed by months”, when in fact the Agency had been providing scientific advice and guidance to the developers of the vaccine. This way the pro-Kremlin actors seek to lend credibility to their claims of political “attacks” against the Russian vaccine. This was precisely the sentiment expressed by RT Arabic a few weeks ago, when it claimed that “EMA’s delay in approving Sputnik V is political”, although at that point the producer of Sputnik V had not even submitted an application.

With scientific, like with its military victories, the pro-Kremlin actors demand immediate, unequivocal recognition, even before the scientific evidence is properly examined. And when the rigorous, diligent procedures of the EMA get in way, the resentment is unleashed.

Resenting Ukraine and other vaccines

At the same time, the attempts to discredit other vaccines against the coronavirus (including those already authorised by the EMA) continue. The pro-Kremlin media claimed this week that Moldovan doctors refused to be vaccinated with Astra Zeneca vaccine, as they awaited Sputnik V.

But even that pales in light of the the Kremlin’s resentment of Ukraine. After continuously denigrating the country as an abandoned “third-rate colony”, a “totalitarian state” under complete control of the Western countries, pro-Kremlin outlets have started to use the issue of vaccines as another line of disinformation attacks.

As the President of Ukraine received his vaccination shot this week, pro-Kremlin pundits on state-controlled TV claimed with straight faces, but without a shred of evidence, that instead of vaccine he was injected with a dose of vitamins. This follows a long line of accusations that the Ukrainian government has been planning the destruction of its people by refusing a Russian vaccine. 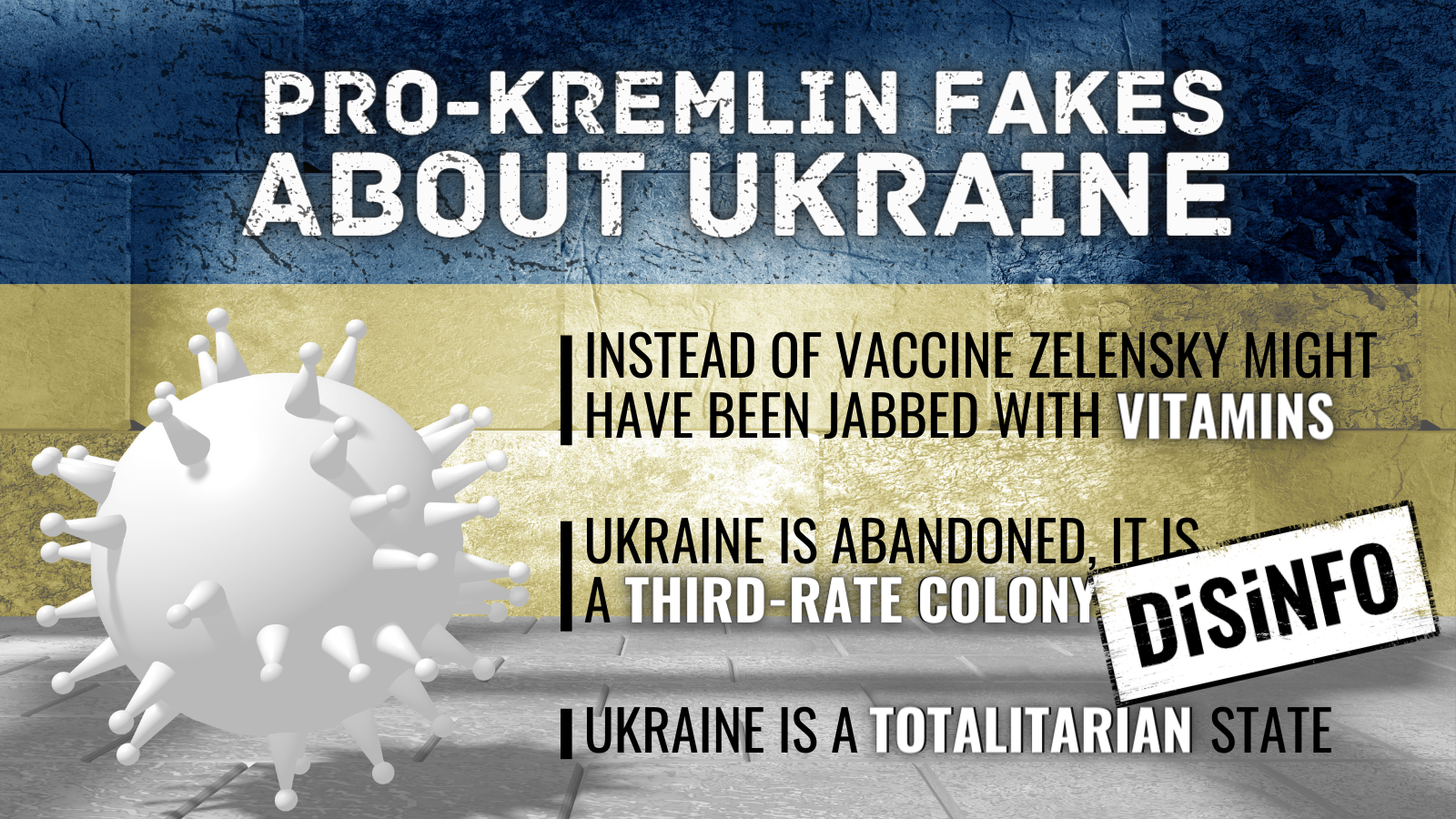 One year ago, we quoted a Russian author Andrei Arkhangelsky who suggested that this culture of resentment, obida, is a deliberate move to distract Russians from current issues and domestic problems.

This rings particularly true as the latest surveys show that less than a third of Russians are willing to get the Sputnik V vaccine. According to opinion polls, the number of vaccine sceptics has increased: from a stable 50%+ to now over 60% of Russians are not ready to take vaccines by the beginning of March. Much of this is fuelled by deep distrust in Russian authorities.

Vaccination aside, resentment over history has not gone away either. In 2021, when Russia commemorates the 80th anniversary since the start of the “Great Patriotic War” (as World War II is known in Russia), state-owned RIA Novosti news agency writes about a “culture war” which the West is allegedly waging against Russia. In order to win “the Great culture war”, RIA Novosti called for a stricter control of “American internet platforms”.

But one should be careful what they wish for: in an attempt to slow down Twitter, Russian authorities managed to interrupt the functioning of state websites, including those of the Kremlin, the State Duma, and the government. The resentment, it seems, fires back. 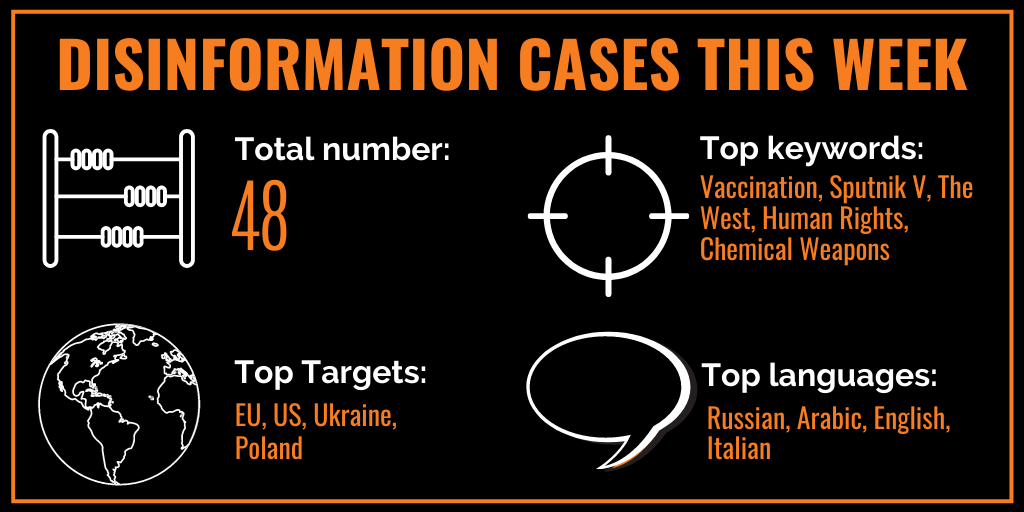