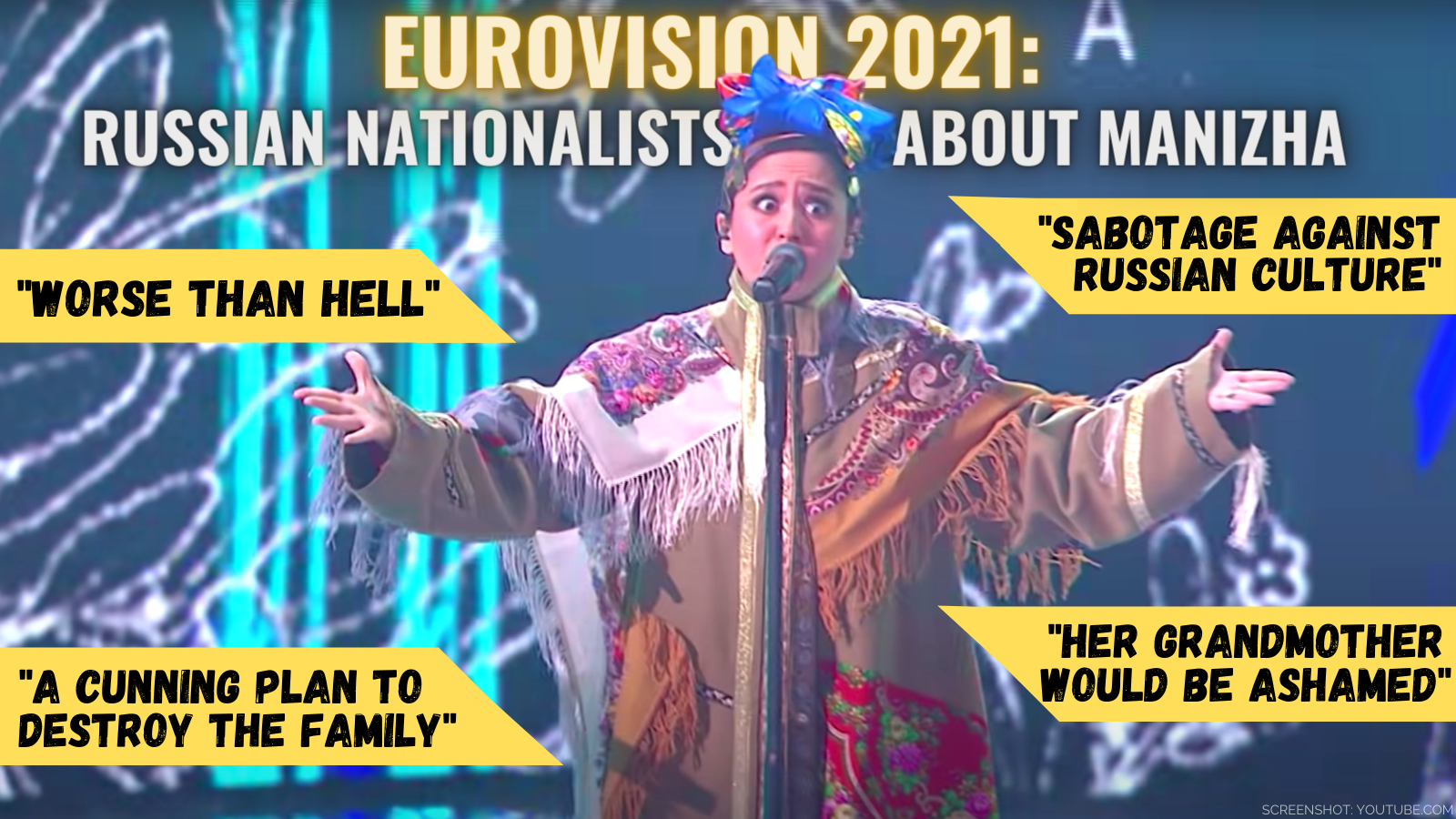 “The Decaying West” is one of the key narratives in pro-Kremlin disinformation. Europe is on the verge of collapse from migrants, perverts and liberals, and Russia is the last bastion of decency against the onslaught of Satan. But the enemy is powerful, and even the Russian state TV can be suspected of participating in the war against chastity and decorum, allowing a migrant to the Eurovision Song Contest, singing about women’s issues.

Russia is serious about the ESC and participates with high ambitions, this year represented by edgy pop singer Manizha who contests with an entry called Russian Woman. Manizha has a Tajik heritage, and nationalist circles have started a campaign for outlawing her act:

The Tsargrad community has obtained a conclusion from experts, proving that Manizha’s lyrics and the act “both in content and tendency is highly insulting towards the social category of Russian women and to the Russian people as a whole. Objectively the song aims at abusing the national feelings and denigrating the human dignity of Russians on their national characteristics”.

It is a pity that such a person attempts to represent Russia in the West. Who does this Manizha think she is?

Mr Mikheev lashes out, not only against Manizha, but against the contest in general:

Lately, the Eurovision Song Contest has turned into some kind of freak show. They are monkeying around, trying to show off. Their songs are absolutely without any talent; forgotten after a couple of hours. Weird intrigues during the voting; suddenly someone is winning for unknown reasons. I don’t see a point for Russia to participate in that garbage. For us, this is generally just as useless as the Council of Europe and the Parliamentary Assembly.

Interesting fact: Mikheev, earlier not known as a music critic, is the first person in world history to equal the Eurovision Song Contest with the Parliamentary Assembly of the Council of Europe.

Tsargrad.tv – the flagship of the nationalist-leaning oligarch Konstantin Malofeev’s media empire – is going ballistic because of Manizha. Since she was selected as Russia’s representative at the 8 March ESC, the outlet has published dozens of articles attacking the singer. Below, a small selection:

And it goes on and on; the outlet has even added a special section for the “Scandal at Eurovision“. No Douze Points from the Tsargrad Jury. A migrant woman expressing support for gay rights and singing a song about women’s empowerment:

These lyrics are so provoking that a Fundamentalist Christian group has demanded them outlawed:

The singer Manizha’s song is offending the feelings, not only of Russian women, but of all citizens of our country. The lyrics and the manner of singing is poking fun at Russian spirituality and culture. Furthermore, the lyrics of the song “Russian Woman” contains a call for hostility and hate against men, which constitutes the pillars of the traditional family.

We are convinced that the real image of Russian women is mirrored in an elevated spirituality and moral cleanliness; a careful approach to motherhood, marriage and family.

While Manizha’s feminist and gay-right views without any doubts are genuine, it can be argued that the Kremlin-controlled broadcaster is attempting to “pink-wash”. Russian feminist magazine Wonderzine.ru writes:

There is a theory (making the point that any voting in Russia is fiction, and suggesting that the selection was done by the channel’s producers and maybe even approved by the President) that Manizha is sent to the contest with a purpose. The singer and her feminist song was selected to rub it in the face of the West: “Russia is a progressive country with a women’s agenda and a multi-ethnic population”.

Letting Manizha represent Russia in Rotterdam at the ESC allows the Kremlin to show a gay-friendly and feminist façade. Meanwhile, Russian LGBT activists continue to document hate-crimes against the LGBT community in Russia. 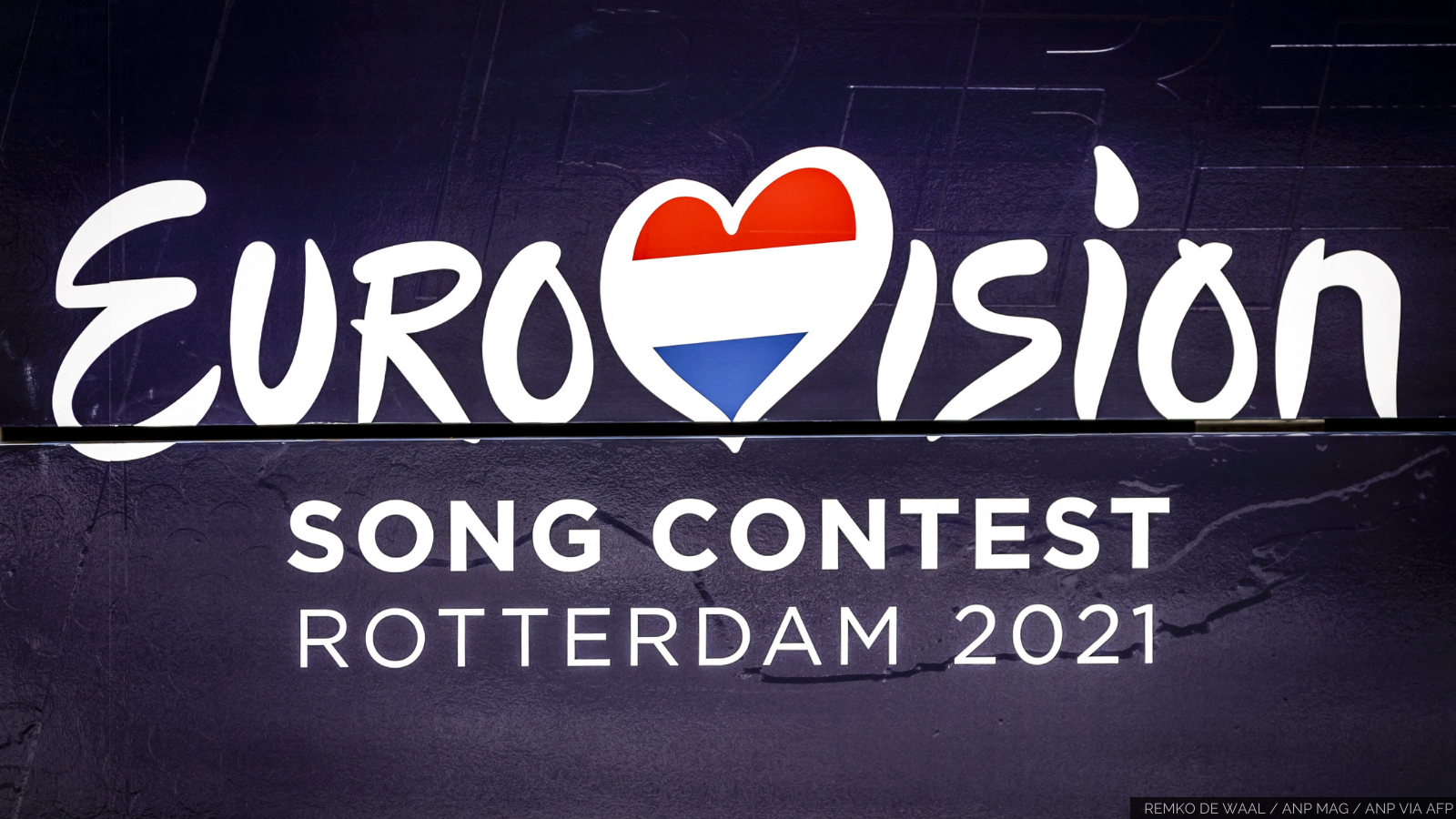