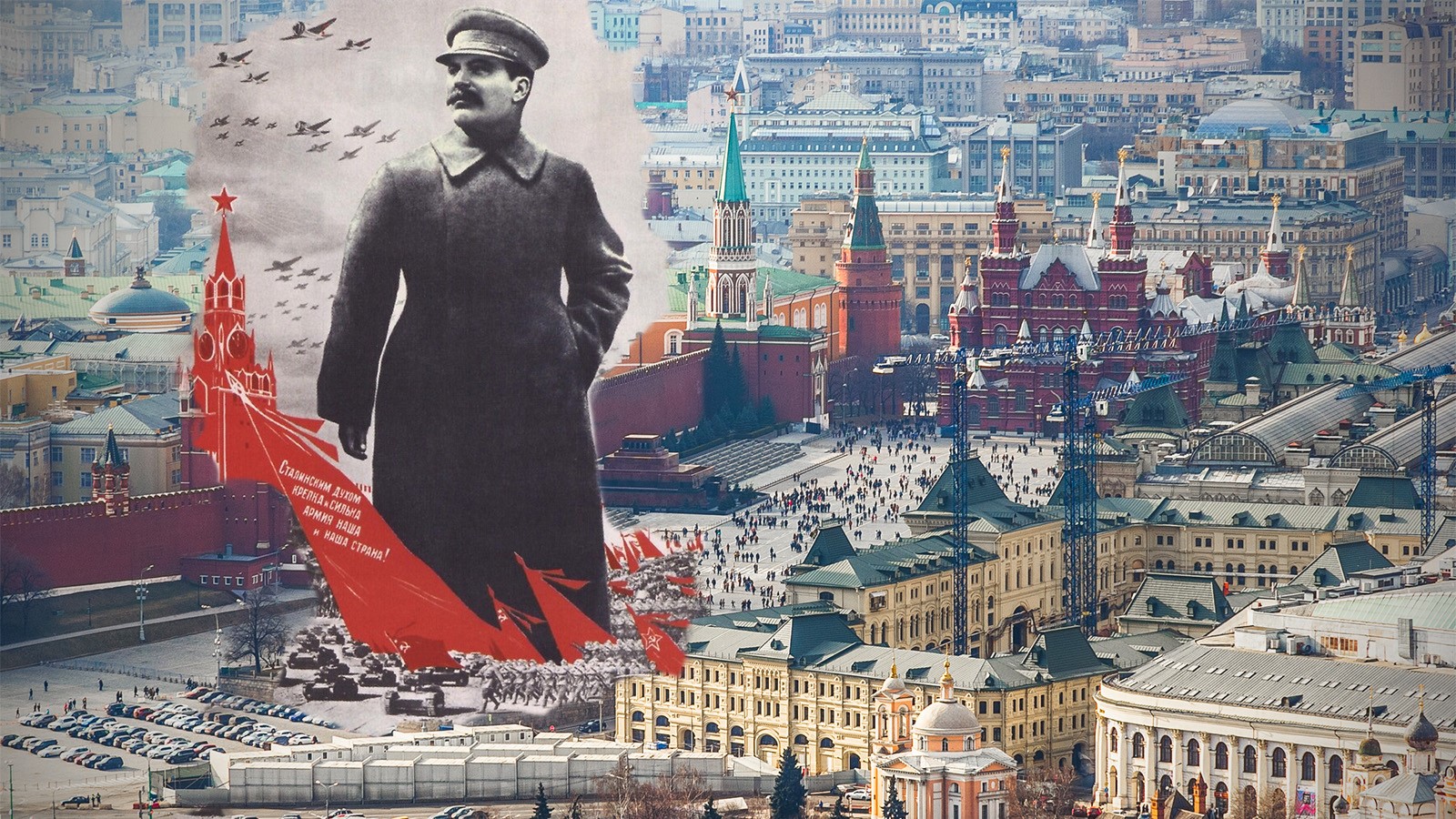 A year ago in October 2021, we published the article below on the occasion of the 30th October – the Day of remembrance of victims of repression in Russia. Significant developments have happened since, most importantly: -Russia’s full-scale on Ukraine, -the Russian authorities’ decision to liquidate Memorial, (see our interview here). Lastly, – the Memorial organisation being one of three laureates awarded the Nobel Peace Prize 2022. As the motivation reads:

‘The Peace Prize laureates represent civil society in their home countries. They have for many years promoted the right to criticise power and protect the fundamental rights of citizens. They have made an outstanding effort to document war crimes, human right abuses and the abuse of power. Together they demonstrate the significance of civil society for peace and democracy.’

If it was difficult to remember and honour victim last year in Russia, this year it has become dangerous to do in a free and independent way. This is due to the repressive actions of the Russian authorities who are unleashing court cases and cracking down with police brutality on rallies and public gatherings not organised by themselves. In the information sphere independent civil society is facing smear campaigns designed to tarnish their reputation as ‘5th column’ or ‘enemies of the people’ who in the words of Putin ‘should be spitted out like flies’.

For the 30 October not to become a ‘day of forgetting’, you can remember the victims by easy accessing online the personal stories or the sites, camps or prisons documented in the web archives – begin here.

Ahead of 30 October, the day of remembrance of victims of political repression in Russia, EUvsDisinfo talked with Alexandra Polivanova, a member of the board of the NGO Memorial International. She is based in Moscow and has worked with Memorial for many years.

In 1991, 30 October was made a national day in Russia by government decision. The Russian NGO Memorial, where Nobel Peace Prize winner Andrei Sakharov played an important role, has been central in documenting the repression and help honour the victims. It has very large supportive communities across Russia who are helping by donating, with voluntary work or through other support.

In recent years, however, Memorial and other NGOs have come under pressure being labelled by the Russian authorities as “Foreign Agents” in a smear campaign with bogus trials and disinformation, accompanied recently by an attack on Memorial’s Moscow headquarters. Another example is the prosecution and verdict against the independent researcher Yuri Dmitriev who brought back the names of anonymous victims: a court verdict the EU also criticised, calling for his immediate release.

As Alexandra Polivanova puts it: “Memorial is a grassroots public organisation based on values that are truly present in the society and which contradict the current policy of the Russian state towards the citizens. I guess that the current government is most afraid of its citizens – their impulses, opinions, their electoral choices and their possible actions.”

When you cannot silence the message, you attack the prestige and position of the messenger – Memorial. Memorial protests the label “Foreign Agent”. Alexandra Polivanova: “Memorial is definitely not anyone’s agent. We work for Russian civil society, which the government is afraid of.” She believes that the legislation has affected many NGOs very hard. “Some NGOs were forced to close. For those who survived it has become very difficult to do their everyday work due to a huge amount of additional bureaucracy. Further, it has become very difficult working with society. Memorial is a public organisation. We have a lot of collaboration with partners – schools, museums, universities, libraries, etc., for all these organisations it is almost forbidden to work with us. Finally, the most important thing: this legislation has a terrible effect on people, on society, on the atmosphere of trust and confidence in society. People are simply afraid of everything not explicitly approved by the state. Many people do not know whom to trust, do not believe in each other. They turn off their own critical thinking.”

The attack on Memorial’s main office in Moscow on 14 October place during the screening of “Mr. Jones” a film depicting the Holodomor, the famine in Ukraine following Stalin’s forced farm collectivisation. The police response appears strange: not focused on the attacking thugs who all got away and the odd presence of a TV crew from notorious NTV, but rather on searching the nearby Memorial offices and obtaining the identity of audience members.

Stalin’s popularity on the rise

All of this takes place against the backdrop of a slow but steady promotion of Stalin’s system in key Russian cultural institutions and across state-controlled media.

Stalin’s terror and repression led to the suffering and loss of live of millions. Not a single Russian family has escaped the consequences of the dictator’s brutal regime in one way or another, often fatal. Yet, paradoxically the dictator’s popularity has risen significantly, as documented in regular polls conducted year after year: in May 2021, 56 per cent saw him as a great leader – twice as many as in 2016.

Not to love but to shape a new perception of Stalin

Human perception, complicated as always, is receptive to constant influence and nudging. Even if Stalin’s crimes have been documented long ago, starting with Khrushchev’s “secret speech” in 1956, the memory seems to be fading. Few survivors are able to tell first-hand how the repression worked in practice, how the arrests, often without any good reason, the absurd interrogation, torture, imprisonment, labour camps, led to human degradation.

Instead of first-hand memory, a steady flow of rosy drama-docs, films, TV shows, artworks and flashy grand exhibitions about the 1930s and 1940s dominate the public space. In the last ten years, Stalin features increasingly as the important, strong leader of the state, essential to maintaining stability and directly associated with the proud industry position of the USSR and as the one and only man securing victory in the Great Patriotic War (World War 2).

Just how far Russia has come in the last decade is illustrated by two small examples: in 2009 a lively public debate developed on whether a metro station in Moscow could again display one sentence praising Stalin – an anthem quote in its entrance hall. The result: No, not allowed. In 2015, six years later and following the steady massaging of public perception, Stalin occupied centre stage in the most prestigious exhibition hall, the Manege, right next to the Kremlin in an exhibition titled “My history 1914-1945”. Together with an exhibition of classic Soviet Realism featuring the largest collection of Stalin paintings in recent decades: Stalin at the new aerodrome, Stalin with children, Stalin first among equals as Lenin’s body lies in state, Stalin calming the dying Maxim Gorky, Stalin addressing the party, etc. In short: the clock had been rewound to before Khrushchev 1956. 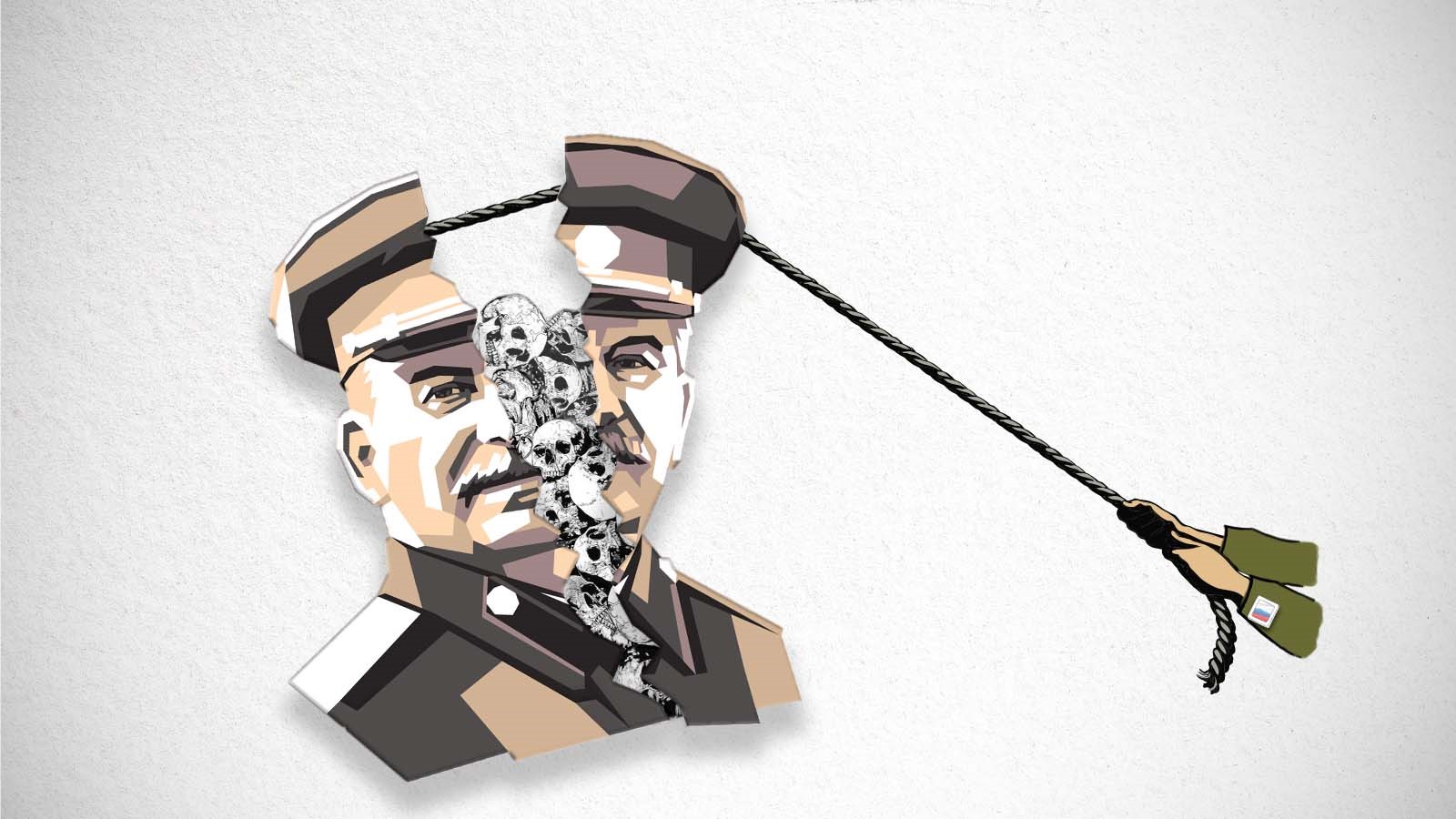 My history – forget the Gulag

In the “My History” exhibition, quotes by Stalin were dominant, as was the praise to his leadership. Only one tiny dark corner provided a meagre and sulky view of the Gulag camp system but nobody paid any interest. Flashy video shows featuring the beautiful life in Stalin’s USSR captured all attention. The besieged fortress narrative was promoted. In video interviews, young Russians gave their feedback on the exhibition: Now they understood history correctly. Praising the Molotov-Ribbentrop pact with Nazi Germany as a political masterpiece and why should the USSR be any different given that many countries had pacts of non-aggression with Nazi Germany (a point also reiterated by Putin), and how Poland was to blame. Whataboutism in action. The exhibition is in a digital format, easy adaptable, toured across Russia from 2013 and is now on permanent display in the Moscow exhibition park VDNKh.

The same pattern of appraisal of Stalin’s role can be seen in key Russian state museums featuring the armed forces, the WW2 victory, or the 1930-1950s. Even if the purpose is not to foster a new cult or love of Stalin, the result is a striking popularity.

Alexandra Polivanova is proud that Memorial started the tradition in 2007 of public gatherings on 29 October. People could gather to read out the names of victims of political repression. Very simple, very solemn. Just the name and the date of death or disappearance. The ceremony in Moscow, held at the Solovetski Stone memorial, erected by Memorial in 1990 in front of the security service NKVD, later KGB, now FSB headquarters, used to last for hours. This in itself is a stark reminder of the massive scale of repression.

Due to COVID-19 the ceremony will be online this year, as it was in 2020. On October 29, from 10am to 10pm Moscow time, videos made by individuals will join a marathon of people, names and monuments. It will be livestreamed on Memorial’s website https://october29.ru/return-of-the-names.