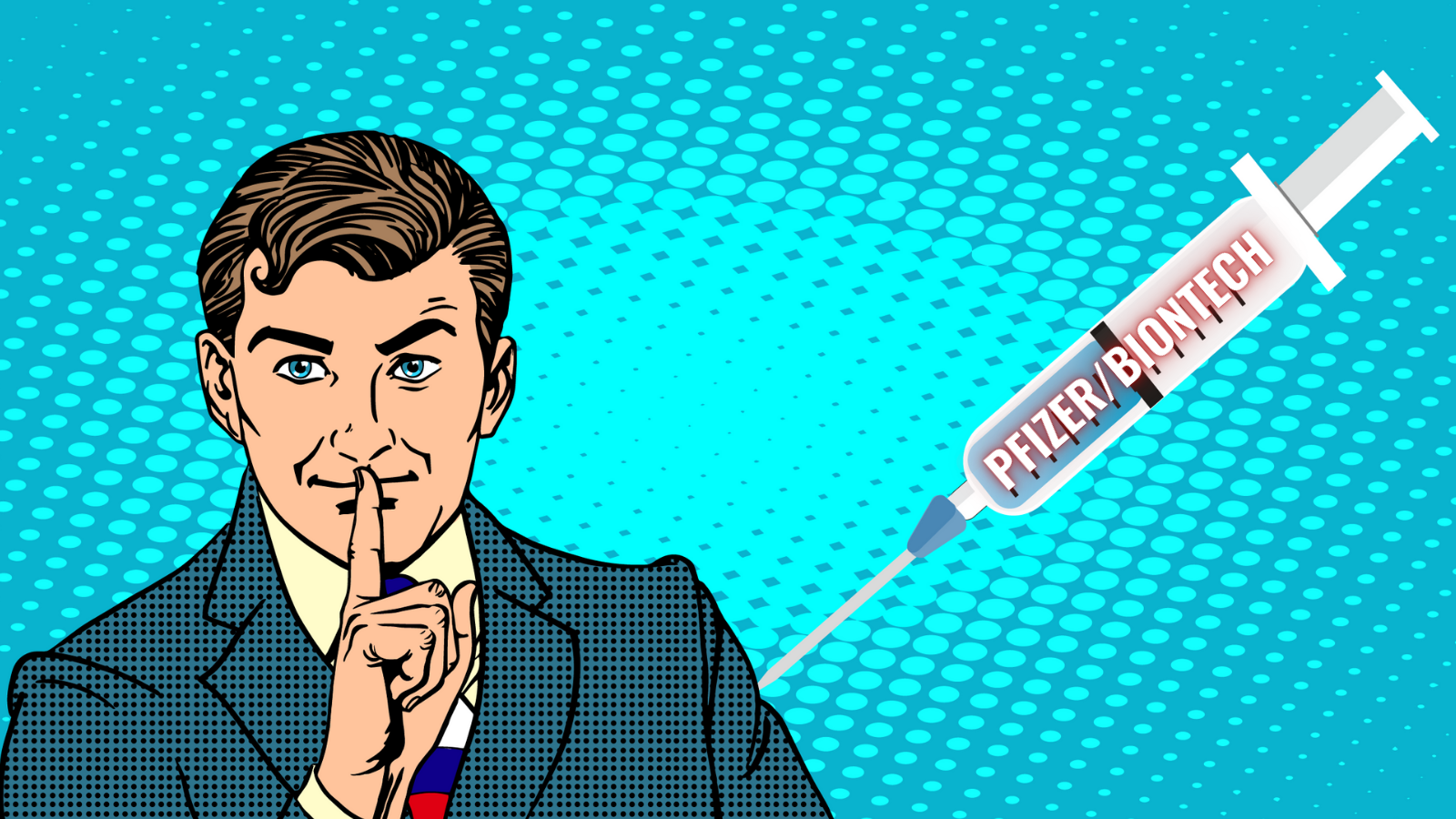 A recent blogpost by the DFRLab describes how pro-Kremlin media is highlighting adverse outcomes of Western vaccines and how such content appeals to anti-vaxx groups. However, in a strange twist of fate, Western efforts to combat Covid-19 received support from the most improbable of people: a Russian diplomat.

While EUvsDisinfo has 773 cases about coronavirus and vaccination, the database provides a mere snapshot of disinformation narratives. The DFRLab goes further and looks at selective coverage of the rare adverse effects of Western vaccines or problems with vaccination distribution. Such coverage, which may be based on true incidents, when intentionally amplified can distort public perceptions of the safety of Western vaccines and thus undermine public health outcomes.

The discrepancy between how pro-Kremlin media covers the Pfizer and Moderna vaccines and the Sputnik V vaccine become very clear when DFRLab Googled the vaccine names. As the image below suggests, pro-Kremlin media outlet ria.ru focused exclusively on the positive aspects of Sputnik V and on the negative side effects or even deaths linked to vaccines produced by the Western companies.

The search of “Pfizer” OR “Moderna” (on the left) and “Sputnik V” in Russian (on the right) on the RIA website from 12/1/20 to 1/20/21 with headlines translated in red (negative news/headline) and green (positive news/headline). (Sources: Google, Google) Image: DFRLab. 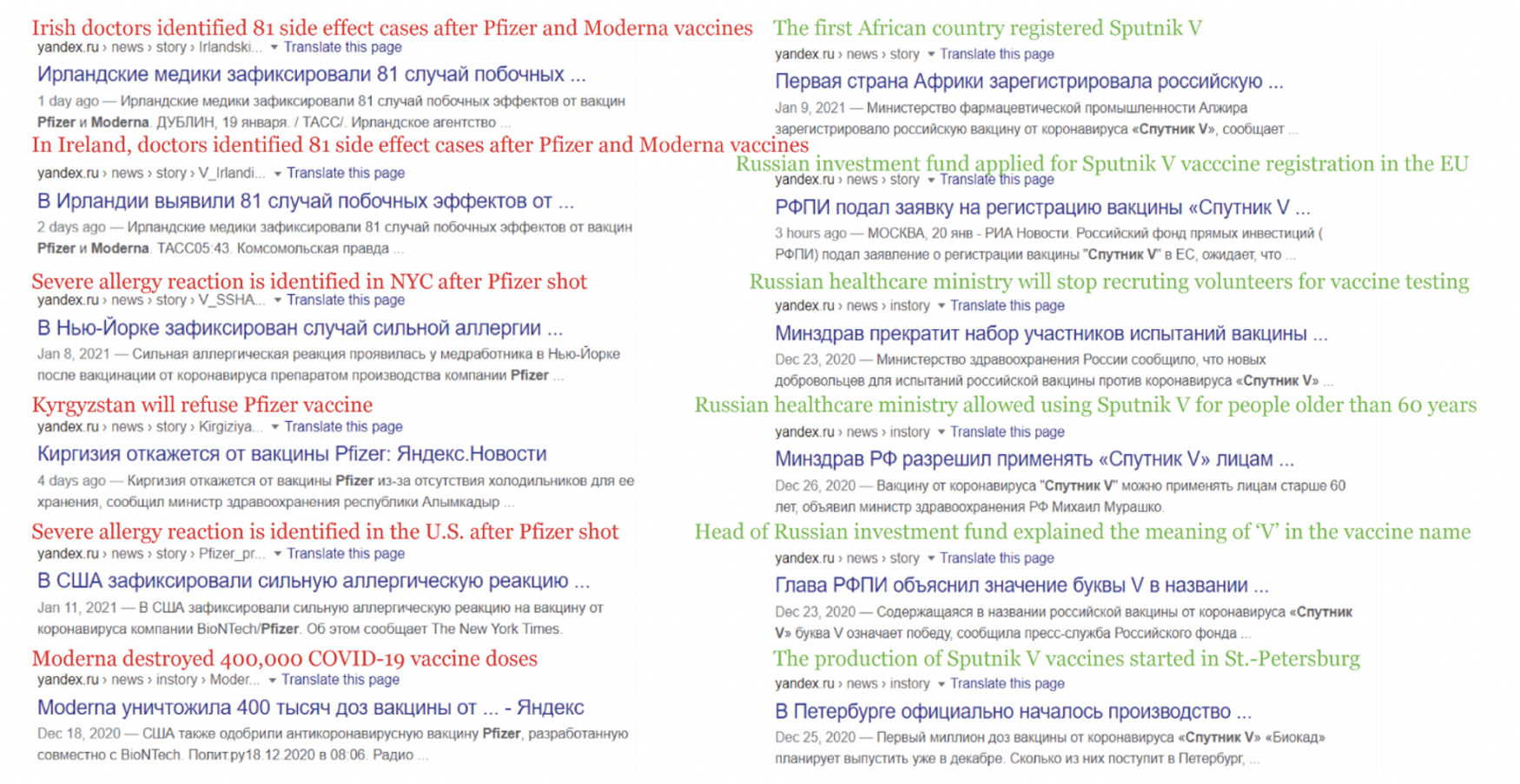 Search of “Pfizer” OR “Moderna” (on the left) and “Спутник V” (on the right) on Yandex.ru/news from 12/1/20 to 1/20/21 with headlines translated in red (negative news/headline) and green (positive news/headline). (Source: Google, left; Google, right) Image: DFRLab.

Support from the East

A quick glimpse of the EUvsDisinfo database reveals that the Pfizer/BioNTech vaccine has been falsely accused of innumerable sins ranging from 29 elderly people dying after receiving the vaccine to top-level representatives of the European Union interfering in the process of approval of a vaccines.

Amidst what looks like a well-planned and coordinated media attack on Western vaccines, we found an unlikely supporter for them. In the last days of January, an Estonian daily newspaper Eesti Päevaleht reported that a 65 year old Consulate General of the Russian Federation in Narva, Estonia received both a first and second dose of the Pfizer/BioNTech vaccination.

As if that was not enough, the Russian diplomat in question was just days away from completing his diplomatic posting and returning to Russia where, according to pro-Kremlin outlets, Sputnik V is plentiful. Unlike pro-Kremlin media claims about the side effects of Western vaccines, the diplomat in question did not experience any pain or headaches since receiving his injection. Coronavirus vaccines in Estonia are prioritised for front-line healthcare workers first.