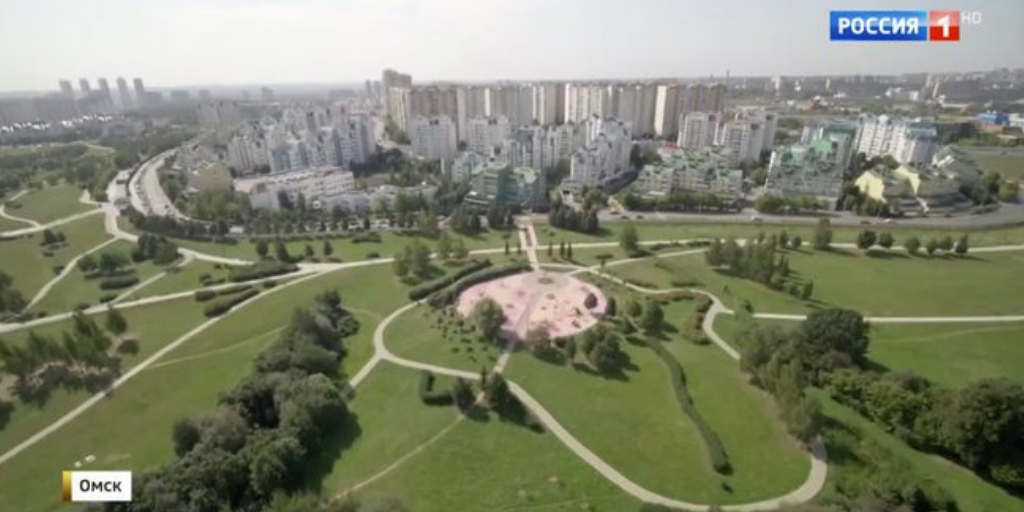 When President Putin last week travelled to the city of Omsk in Siberia, Russia’s state-controlled TV Rossiya 1 produced a report which included images of a green recreational landscape surrounding a residential area.

The images appeared at the end of the report from Omsk, in which the TV channel’s speaker had told viewers that: “The city has changed a lot in recent years, bicycles have appeared, the historical centre has been restored. Now it is green everywhere”.

The comment that “the city has changed a lot” backfired when commenters started discussing the news item.

“I’ve lived here for 20 years and I don’t seem to remember that we had such picturesque landscapes. Omsk is a damned terrible grey panel building city. I immediately wondered what this was, and in the end we dug up that it is in fact Mitino in Moscow!” a local man from Omsk said on a discussion forum, as quoted by Medusa.

It is not the first time Russian state-controlled television uses fake images as illustrations.

A screenshot from a computer game called “Arma 3” was used in February as an illustration of combat in Syria. In November 2017, Russia’s Ministry of Defence published sequences taken from the computer game “AC-130 Gunship Simulator: Special Ops Squadron” as what the Ministry labelled “irrefutable proof that the US provides cover for ISIS combat troops” in Syria.